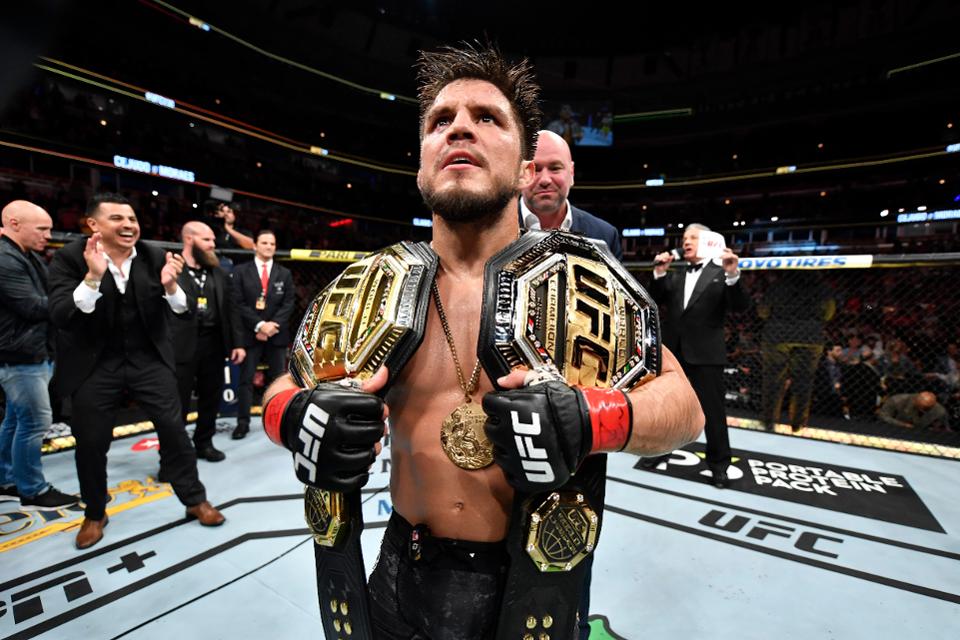 The year 2019 has been pretty good for the UFC. New champions, such as Henry Cejudo and Israel Adesanya, have emerged while some legends have hung up their gloves and fans have been treated with some hard hitting fights throughout the year.

As the year draws to a close people are already looking fights over the fights that are scheduled for the next calendar year. However, just like all the years prior to this one, there are certain things that are yet to be get over with. And that mainly includes giving out the awards for the various available categories.

The titles include Submission of the Year, Knockout of the Year, Fight of the Year, and Fighter of the Year among others. Every fighter wishes to be the recipient of one or the other of these awards. The most coveted and singularly identifiable award in the category is the Fight of The Year. For this year, a number of fighters are the front runners for the honor.

Two of these fighters have been going back and forth on social media over who shall be the rightful recipient of the coveted title. The self proclaimed ‘King of Cringe’ Henry Cejudo took to Twitter to tell everyone why he deserved to be the Fighter of The Year. He reminded people of his supposed heroics of saving the flyweight division, then going on to become only the fourth fighter in UFC history to hold two belts simultaneously.

However, in doing so he also took a jibe at Jorge Masvidal, someone who has had a pretty good year himself. Masvidal didn’t hesitate in giving an apt reply to ‘Triple C’. After that there was no stopping the two.

Take I good look at this man, because in a few days I’ll be the 2019 Fighter of the year! Saved an entire division in 32sec ✅ Won a second world title ✅ I am the Baddest Mother F@cker EVER! #bendtheknee #2019fighteroftheyear #BMFE pic.twitter.com/acl4mL44PW

Does anyone other than the dude that got his jaw broken speak cringe? #AskingForAFriend

No, but I speak gold! that trophy going to look really nice in my trophy room. #bendtheknee 🏆

Jorge Masvidal began the year with knocking out Darren Till. He then propelled himself into mainstream popularity by knocking out Ben Askren in just five seconds. He capped off the year by winning the BMF belt by defeating Nate Diaz. Masvidal has established himself as an icon with a significant fan following this year. If everything remains on track then he is on pace for a title shot next year.