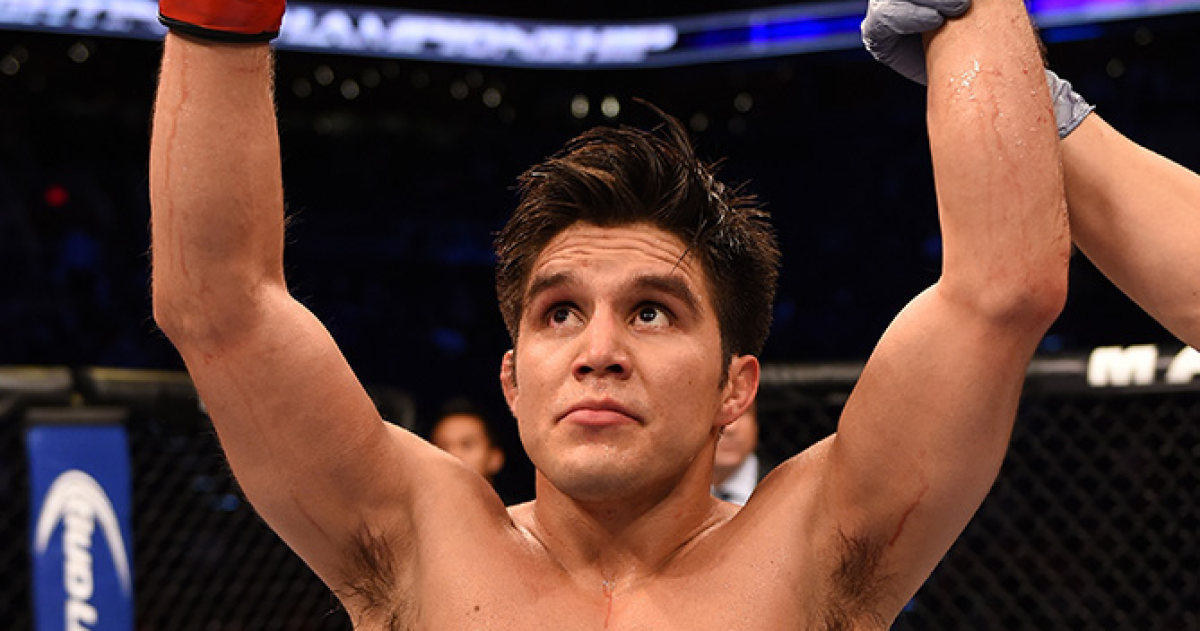 The UFC’s flyweight division is probably the least talked about and the least publicised division. The champion Demetrious Johnson being too dominant is one of the major reasons why many fans consider the division to be a bit boring. However, another huge reason for the division being less popular is the lack of charismatic fighters who are ready to entertain fans and draw attention towards them with some trash-talking. There aren’t any legit rivalries in the division. However, all that is surely on the verge of changing as former Olympian Henry Cejudo is apparently in a heated rivalry with Tim Elliot.

Cejudo won a gold medal in Freestyle Wrestling at the 2008 summer Olympics. He later transitioned into MMA in 2013 and made his UFC debut in 2014 against Dustin Kimura at UFC on Fox 13. He is currently on a two fight win-streak and defeated Sergio Pettis in his last fight at UFC 218 via unanimous decision. On the other hand, Tim Elliott created sensation when he shockingly dominated two rounds against “Mighty Mouse” at TUF 24 Finale.

Cejudo was recently a guest on The MMA Hour and revealed how his beef with Elliot began. He stated that he is eager to fight Elliott and will even agree to face him at heavyweight. Below are the comments made by Cejudo:

During the show they had asked all the contestants ‘what do you feel about the two coaches?’ They asked about Joseph and they asked about me. And of course they asked Elliott what do you think about Henry Cejudo and the first word that came out of his mouth was ‘fake.’ And I’m like ‘oh okay, so I’m fake.’

He goes off, beats two of my guys on The Ultimate Fighter show that I coached and he has a good performance against Demetrious and a lot of people applaud him, and now he wants to leave the flyweight division, And I just said, hold on, hold on, hold on. you ain’t leaving the flyweight division without getting a piece of ‘The Messenger.’ You said some things and now it’s time to man up.

The beef between Cejudo and Elliott is much needed to inject some life into the division. This will turn more eyes towards the flyweights and will in turn help the entire 125 pound roster.

Tim Elliot later took to Twitter and sent out a reply to Cejudo. Here’s what he tweeted: 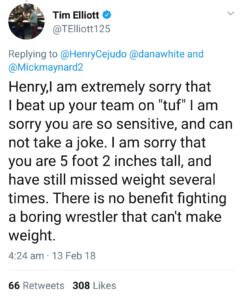