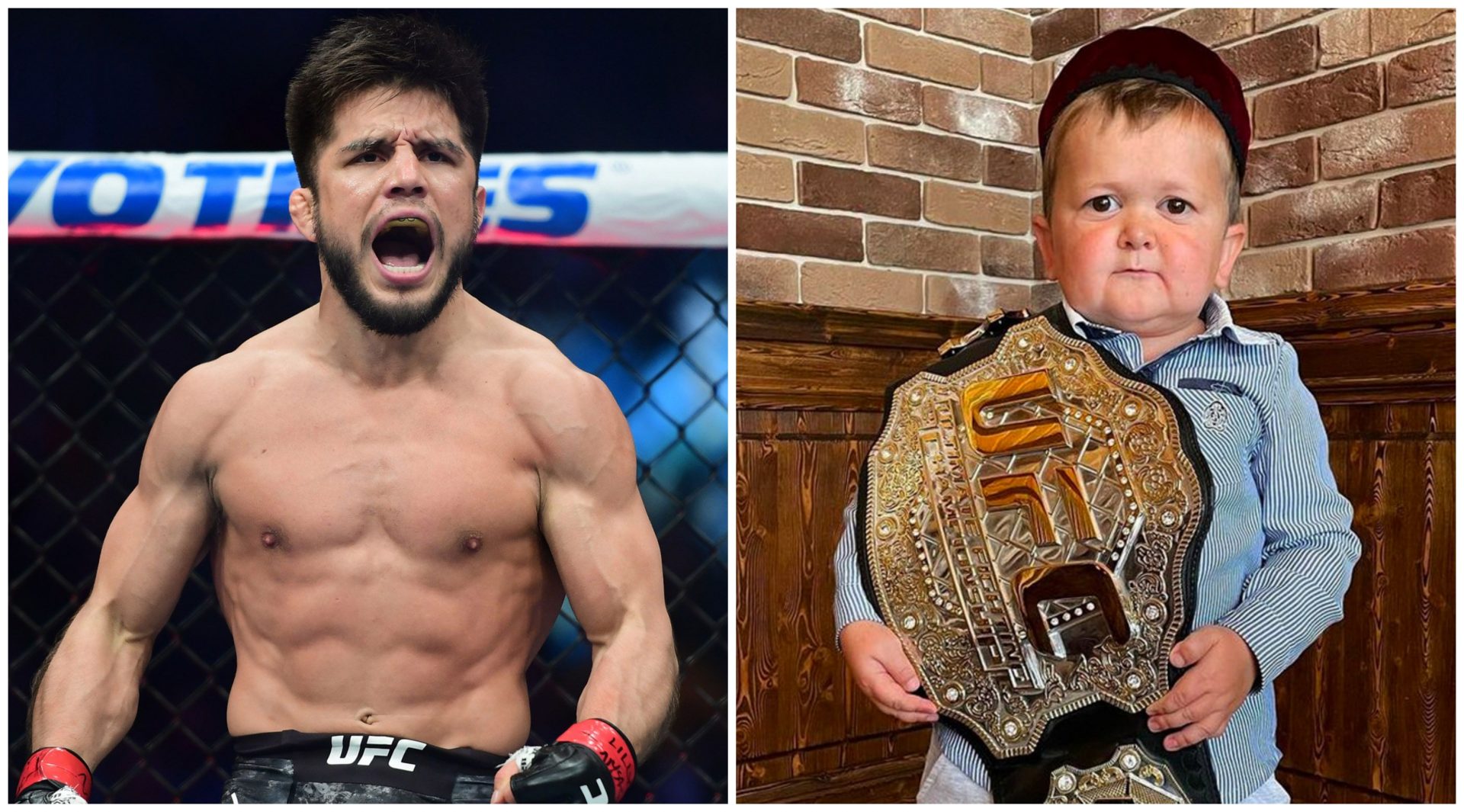 The Hasbulla Magomedov vs Henry Cejudo saga has taken a new twist, as the former UFC Flyweight and Bantamweight champion has revealed that the Dagestani teenager is sending him texts about wanting to fight him in Las Vegas.

Henry Cejudo and Hasbulla Magomedov have been trading blows in form of banters in recent times. After “Mini Khabib” revealed that he wants to take on Cejudo as his next opponent after facing Kazakhi rapper Abdu Rozik, Cejudo has been jokingly firing shots at Hasbulla about a fight.

The tussle between the two has even seen involvement from none other than former UFC Lightweight champion Khabib Nurmagomedov, a close friend of Hasbulla who has been backing his fellow Dagestani about a confrontation against Cejudo.

The only catch in this banter is, to face Cejudo in the cage, Hasbulla will have to catch a flight from Makhachkala to the United States, and will have to obtain a visa.

He wants to fight in Vegas: Cejudo says Hasbulla Magomedov has “big plans”

Interestingly, Cejudo himself has dropped a massive revelation about Hasbulla Magomedov. Speaking on the Real Quick With Mike Swick Podcast, Cejudo said that the 18-year-old has been sending him messages about his “Big plans”- flying to the US and squaring off against the former double champ in Las Vegas.

“Hasbulla got to get a visa to the U.S. before he makes something happen. He wants to come over to the U.S. Hasbulla has big plans. He wants to fight in Vegas. He’s been sending me messages, so we’ll see,” Cejudo revealed on the podcast.

Even though it’s all fun and games because there is no real chance that Hasbulla and Cejudo will ever actually fight, the 34-year-old has been focusing on Hasbulla’s popularity and sees it as a way of business.

“I don’t take myself too seriously. It is what it is. Even my girl is like four inches taller than me too… It’s just the sense of humor. I’m looking for different ways to troll. I see the business aspect, the business side of it.”

The retired fighter also touched upon Dwarfism- the medical condition that both Hasbulla, as well as his rival Rozik, suffer from that makes them appear as little kids but admitted that he did not know what syndrome was.

“I can see Hasbulla becoming a huge recognizable public figure across the world. If Hasbulla plays his cards right, he could be one of the most recognized faces in the world because how can you not like that guy. The dude has… I don’t what the syndrome is but he’s 18 or 19 years old, but it looks like he is five or six (years old),” added Cejudo.