Henry Cejudo just bet his ‘first ever girlfriend’ on defeating this UFC Champion within 2 rounds! 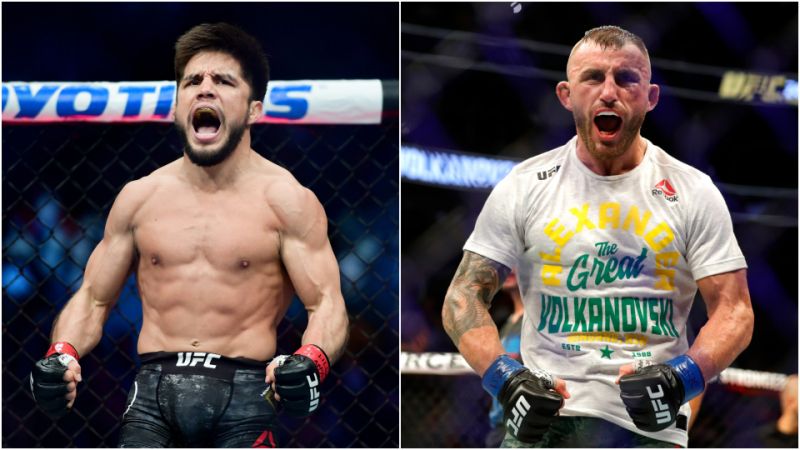 UFC featherweight champion Alexander Volkanovski is ready to fight Henry Cejudo if the need for the match-up ever arises.

Volkanovski is defending his featherweight title against Max Holloway in a rematch at UFC 251 taking place next months at Fight Island. The fight will take place at the Yas Islands in Abu Dhabi on July 11. 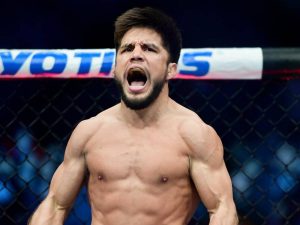 Henry Cejudo retired last month following a TKO victory over Dominick Cruz said that he was very much interested in testing himself against Alexander Volkanovski.

“His name was getting mentioned everywhere, but it was never run through me. … But I started maybe considering that fight if it was offered to me because of the fact that he’s no longer in the bantamweight division, flyweight division,” Volkanovski said of Henry Cejudo in an interview with James Lynch of The Score.

“Now I’m not holding up any divisions – I hate that, I hate people holding up divisions. So if he was to move up to try and go for the third title, holding up two divisions, I would’ve been like, ‘Nah, you’re dreaming, I think that’s shit.’

“Our division was in a state where it was either Max or there wasn’t really anyone else, so I was thinking maybe you could squeeze (the Cejudo fight) in. You never know you know what I mean? So that was maybe an option.” Volkanovski concluded.

Meanwhile, Henry Cejudo seems to be serious about fighting Alexander Volkanovski as he took to Twitter and stated that he will willing to bet his Olympic gold and first girlfriend on finishing him in two-rounds.

If I ever comeback to MMA it’s going to be after your head your overgrown midget. I’d bet my Olympic Gold medal, my two belts and “my first girlfriend ever”, that you wouldn’t make it pass two rounds with Triple C! #bendtheknee @alexvolkanovski pic.twitter.com/k3uJzRYNIb

“If I ever comeback to MMA it’s going to be after your head your overgrown midget. I’d bet my Olympic Gold medal, my two belts and “my first girlfriend ever”, that you wouldn’t make it pass two rounds with Triple C! #bendtheknee @alexvolkanovski,” Cejudo replied.

While it’s definitely a compelling fight given what Henry Cejudo has been able to achieve in two-divisions below.

In the meantime, Volkanovski has to worry about Max Holloway who he will be rematching next month. The pair fought back in December at UFC 245, where the Australian defeated the Hawaiian to become the first-ever Aussie born UFC champion.

Previous article
Joe Silva: All the inside information fighters have revealed about UFC matchmaker
Next article
Greatest female MMA fighters of all time