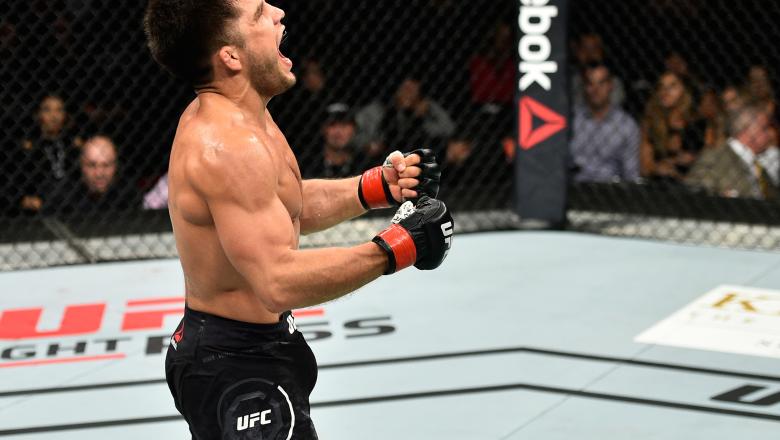 UFC flyweight champion Henry Cejudo shocked the entire world when he defeated one of the greatest fighters of all time Demetrious “Mighty Mouse” Johnson in the co-main event of UFC 227. He then went on to call out whoever won the main event of UFC 227 later that evening for a champion vs. champion super-fight. T.J. Dillashaw later successfully defended his belt and answered Cejudo’s call. Cejudo and Dillashaw are now scheduled to face each other at UFC Fight Night 143, a.k.a. UFC Fight Night on ESPN+1 and Cejudo looks more motivated and focused than ever.

Cejudo and Dillashaw were earlier apparently going to lock horns at a 135 pounds, but were later scheduled to fight at flyweight. Their fight is also historic as they will be headlining the first ever UFC ESPN card. 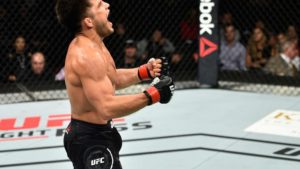 Cejudo recently took to Twitter to share a picture with his strength coach Andre Hicks. Cejudo’s physique looked extremely jacked in the picture and he definitely seemed to be quite focused to face Dillashaw in a super-fight.

One week out!! Big shout out to my strength coach Andre Hicks @neuroforceone #andstill pic.twitter.com/Wqchka6jze

Previous articleWatch: Kamaru Usman trolls ‘crying’ Colby Covington after he was passed up for a Title shot
Next articleWatch: Women’s MMA GOAT Amanda Nunes struggles….against a pair of jeans!
- Advertisement -