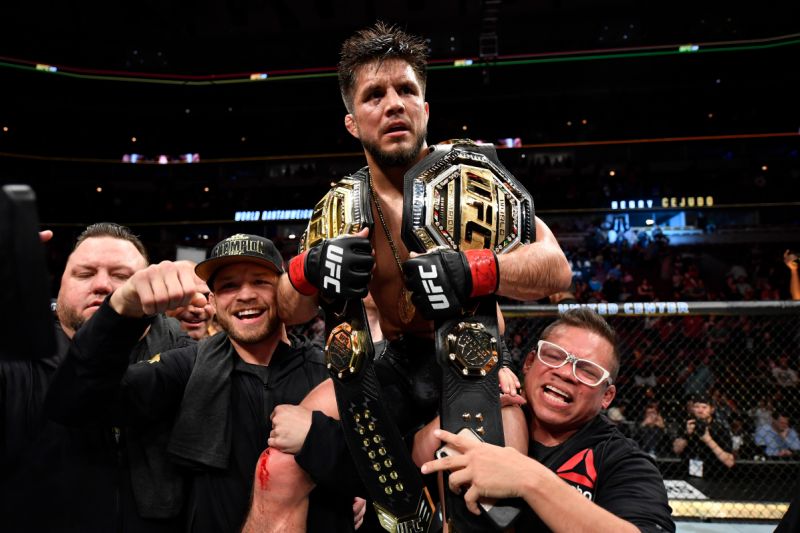 Henry Cejudo has finally been stripped of his UFC flyweight title which he won back in 2018 at UFC 227 when he defeated pound-for-pound great Demetrious Johnson via decision. 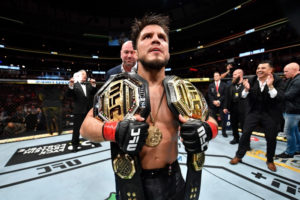 Following his fight against Moraes, he had to undergo shoulder surgery and as a result, he has been out since then. However, ESPN’s Ariel Helwani revealed that Cejudo will be defending his bantamweight title in the first half of 2020.

Cejudo is hoping to defend the 135 title in the first half of 2020, per sources. He is recovering from shoulder surgery.

However, in an interview with ESPN’s Brett Okamoto, the reigning bantamweight champion revealed that he himself relinquished the title to focus on defending his bantamweight title.

Literally just landed in South Korea and received a call from @henrycejudo, who says he has relinquished his UFC flyweight title to focus on defending his bantamweight belt. Will have a statement from him up shortly. Cejudo was in good spirits as you can see. pic.twitter.com/mNuKQVFhwm

“Literally just landed in South Korea and received a call from @henrycejudo, who says he has relinquished his UFC flyweight title to focus on defending his bantamweight belt. Will have a statement from him up shortly. Cejudo was in good spirits as you can see,” Okamoto tweeted.

Henry Cejudo has been calling out former featherweight champion Jose Aldo for some time now. Even though Aldo lost his bantamweight debut to Marlon Moraes at UFC 245, Cejudo has been insistent about fighting him.

“I want to give him a clap at his last performance because a lot of people thought he won. I want to congratulate him because now he’s part of the Henry Cejudo sweepstakes but it’s under my terms. I want to fight him in my city. Rio de Janeiro. Daddy’s coming home. Dana White, let’s sign that contract.” Cejudo said.

Previous articleHenry Cejudo stripped of UFC flyweight title; Benavidez vs Figueiredo could be for vacant strap
Next articleWatch: Derrick Lewis brutally flatlines a boxer who claimed he could KO him because he was a MMA fighter