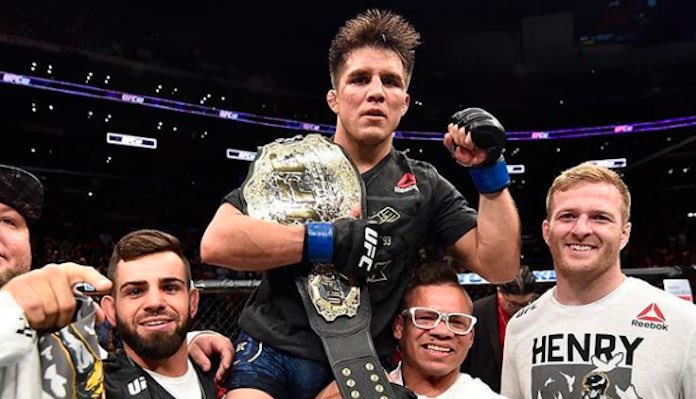 Meanwhile, Henry Cejudo has said that he is going to resurrect the flyweight division.

Quote from the flyweight king @HenryCejudo on tonight’s breaking news:

“I’m going to resurrect the flyweight division on ESPN! 👃🏿”

With the change to the card, UFC on ESPN+ 1 now includes: