Henry Cejudo has some respect for Sean O’Malley: ‘I actually like the kid’ 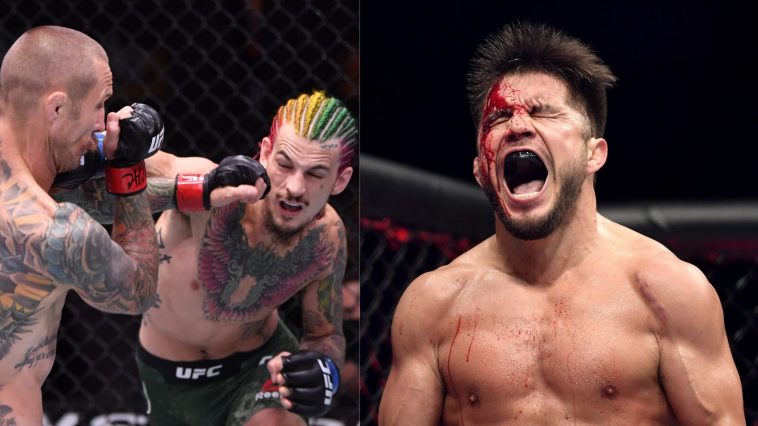 Former two-weight champion Henry Cejudo has been going off about Sean O’Malley on social media. Both sides have been talking trash with each other for quite some time now.

Marlon Vera capitalised on it and started attacking his legs and then ultimately took him down and landed big shots to TKO him. 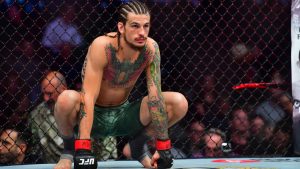 Sean O’Malley was hyped as the next big UFC star and even before his fight at UFC 252, he took numerous digs at former champions like Cody Garbrandt, Henry Cejudo etc.

In an interview with Real Quick with Mike Swick, he praised Sean O’Malley and stated that he actually liked him.

“I’ll be honest with you, I actually like the kid. In some way I’m hating on him, in some ways I like him,” Henry Cejudo said (via Bloody Elbow). “I’m weird like that. I wish the kid the best, but I also think that he thinks he’s better than what he really is. Even though he’s got the gifts, he’s got great distance, great demeanor, great fakes. Watching those like very subtle. I look at all these minor little details but he hasn’t been built to freaking last.

“He hasn’t been through a war. You can give the pain but can you take the pain? That’s the difference between somebody like Sean O’Malley and me. Does he have better striking than me? Probably because of his length and his range, makes him a little dangerous. But you’ve just got to be the full package.” Henry Cejudo said.

“He actually believes in his own smoke, as you should. But there’s a difference when you get in there with somebody that can kick you. Somebody that’s not going to shy away from you. Somebody that’s going to put you through the deep waters and how are you going to respond? A true champion is revealed by how you respond to adversity.” Henry Cejudo said

Henry Cejudo retired from MMA following his win over Dominick Cruz earlier this year at UFC 249. Although since his retirement, he has hinted at several occasions about returning back to the Octagon and has called out UFC featherweight champion Alexander Volkanovski.