Former UFC two-division champion Henry Cejudo has got into a feud with his former boss, UFC President Dana White over a recent fight call out. At UFC 272, UFC featherweight champion Alexander Volkanovksi was supposed to defend his title against former champion Max Holloway but unfortunately, Max pulled out due to an injury. UFC was looking for a replacement and the fight was moved to UFC 273. Henry Cejudo who is the former bantamweight and flyweight champion ha put his name out and wanted that empty spot, but UFC ignored his callout and chose to go with Chan Sung Jung who is now scheduled to fight Alex at UFC 273. 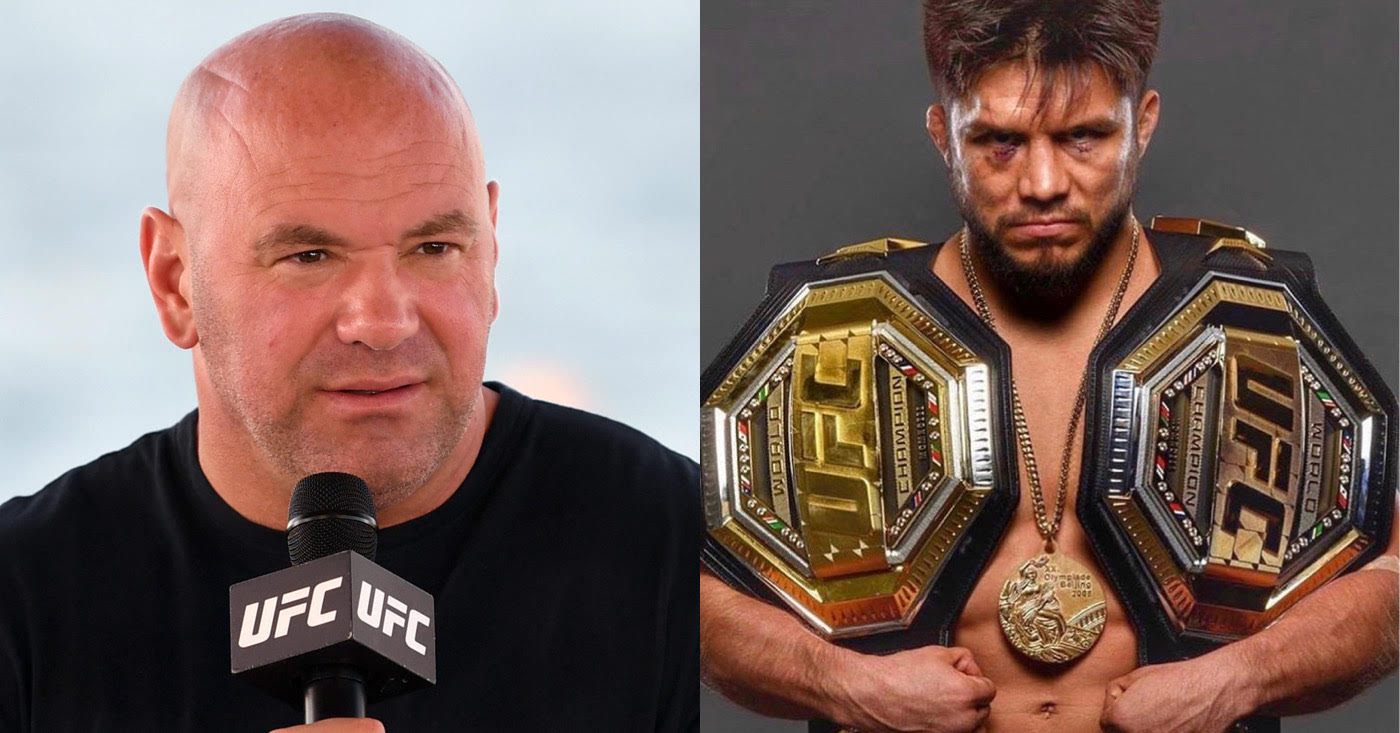 These actions of UFC have instigated a feud between Dana White and Henry Cejudo. The UFC President offered the following explanation to BT Sport.

“I can tell you this: The ‘Korean Zombie’ (Chan Sung Jung) has been here fighting,” White said. “This guy’s retired. He’s been off for how many years now, and he wants to come in and fight Alexander Volkanovski? You’ve got guys like the Zombie, Josh Emmett, Giga (Chikadze) who’s fighting this weekend. You’ve got these guys that are in here doing it three times a year and working their way up. For Cejudo to retire and then just think he should be able to come in and jump into any weight division and take on the champion, it’s not how it works.” 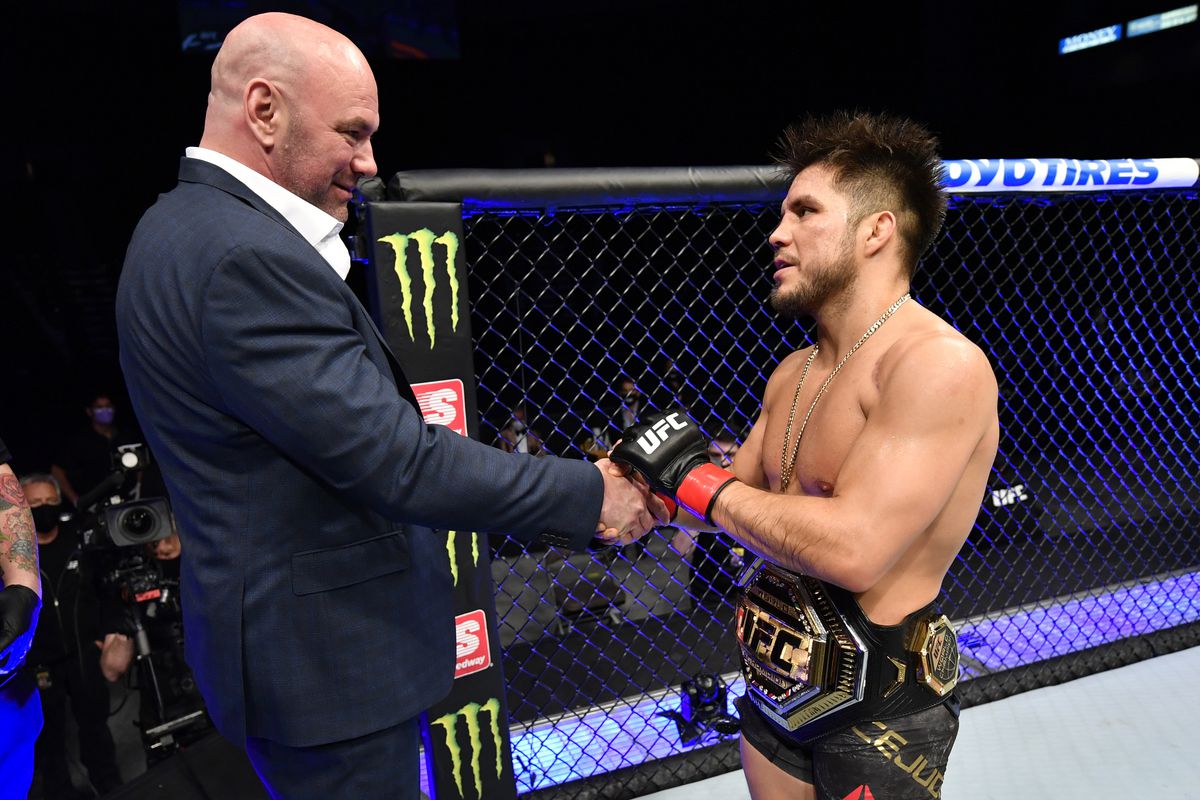 After seeing the response from Dana White, Henry Cejudo decided to reply to White and he seemed pretty mad by his statements.

So if I had blonde hair and blue eyes or if I was a Canadian with a accent,maybe you would give it to me? I defend both my belts unlike GPS. I left on top and retired on that Monday to give the rest of the division’S a chance. You are plain out scared that I will win.@danawhite pic.twitter.com/nlLyNwi1ne

“So if I had blonde hair and blue eyes or if I was a Canadian with a accent, maybe you would give it to me? I defend both my belts unlike GPS. I left on top and retired on that Monday to give the rest of the division’s a chance. You are plain out scared that I will win. @danawhite.”

Following this incident, Henry Cejudo gave his thought on the UFC and Dana White. He also talked about why they didn’t give him the fight.

“Now it’s all about history,” Cejudo recently told MMA Junkie Radio. “It’s about history, but it is based financially. I defended both my belts, guys, before I retired. It’s not like I did a GSP (where) I won one time and then I was out. It was like, no, I defended both of my belts and I retired and I immediately retire right after. On that Monday, I put in my pink slip. I’m just like, ‘No, you guys allow these other guys to fight for the belt, you know because now it’s like I put myself on a mountain that will never be.”

“I would be known as C4,” Cejudo said when he mentioned his legacy if he won the featherweight title. “But you also have to compensate because I’m the person who’s going to sell the fight. I’m the person who is going to make it entertaining, you know? So yeah, I do want my cake and eat it too. I really do. But I also really do deserve it. If I don’t get it, guys, it’s OK. You guys want me to show you my trophy case once again? It’s OK. I got enough of it. Demetrious Johnson’s record was going to be broken. Somebody better than Jon Jones will come.” 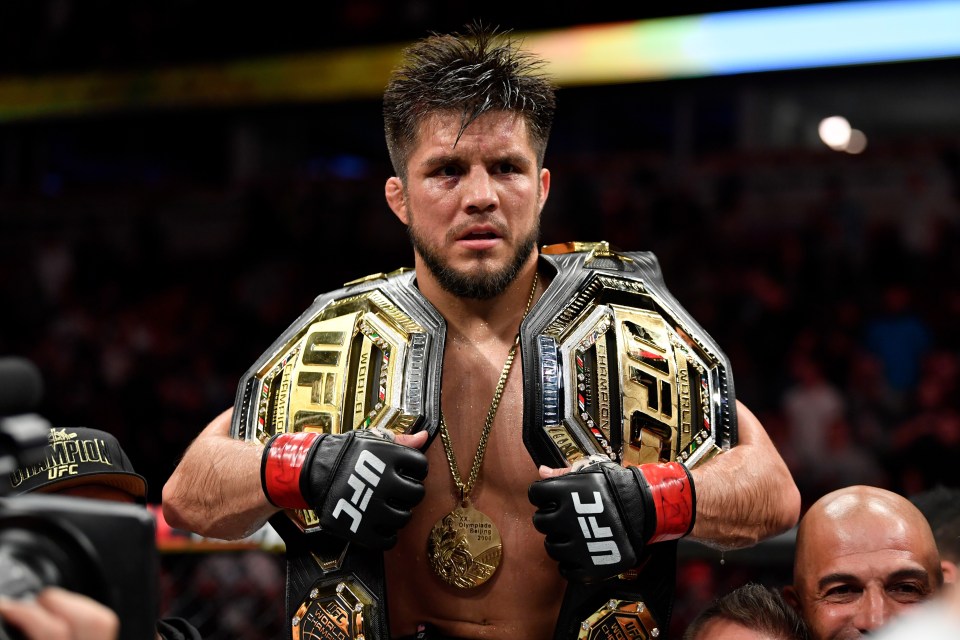 They don’t want to pay, man,” Cejudo said. “It’s plain and simple. They don’t want to pay. Dana doesn’t want to pay. (If) they pay me, they got to pay the rest. And I’m out here. I’m not here to say to start a union. What I’m here to say is like, ‘Hey, man, everybody should be compensated individually.’ The guys are going to sell the fight, the guys that that are proven, like me. Do you know what I’m saying? So that’s plain and simple. Dana would love to see the fight, but he wants to pay me peanuts in comparison to what I deserve. I respect the man because it’s his business, what he’s able to do to take this company from a two-billion-dollar company to what it’s worth now seven (to) nine billion and I can’t get a raise. That just seems a little off to me, man.”

“… If Conor McGregor is making money and getting paid, and Jorge Masvidal. They’re doing what they’re doing and they’re getting paid more than me and I got two belts and I’m doing the exact same shit and I’m not getting compensated, then you know what? F*ck you, too.”

What do you guys think of this new dispute between Henry Cejudo and Dana White?