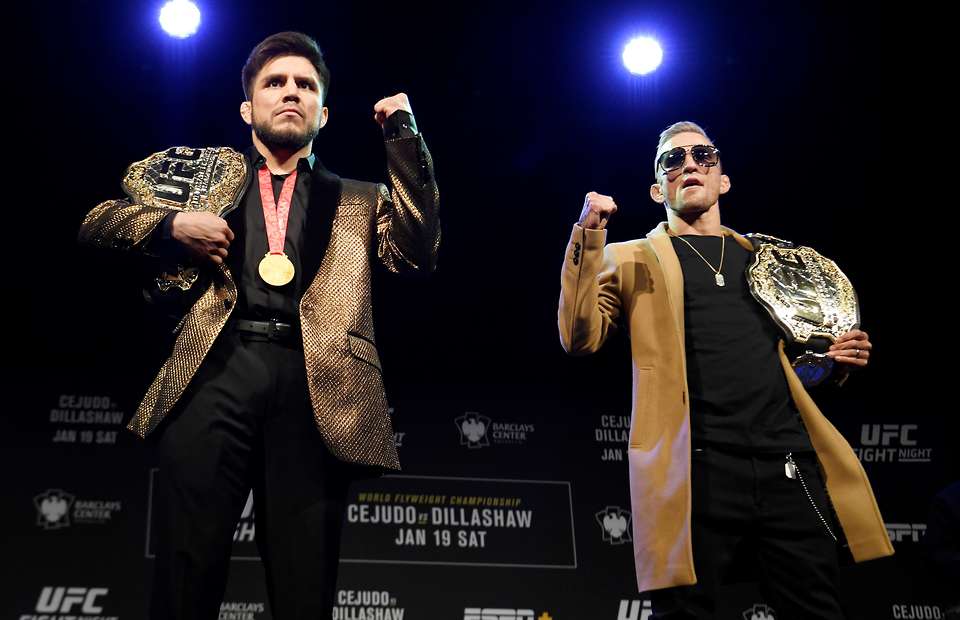 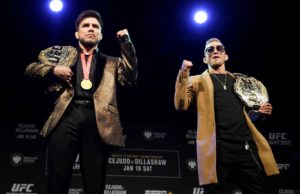 Both the fighters were present at the Music Hall of Williamsburg in Brooklyn and traded verbals shots at each other, and Cejudo went a step further and whipped a fake snake and battered it in front of TJ Dillashaw.

“This is personal,” Cejudo said. “This dude is a guy that was trying to start the union, start the union with the UFC [fighters] to getting paid a shitload of money to get rid of a division. Siccing him down to dethrone the reigning champ. T.J., I’m not doing this just for me, man. I’m doing it for everybody. I’m doing it for all the 125-pounders.“

Did @HenryCejudo just pull out a 🐍 for his stare down with @TJDillashaw? Why yes he did. #UFCBrooklyn pic.twitter.com/DnTjRvpgb0