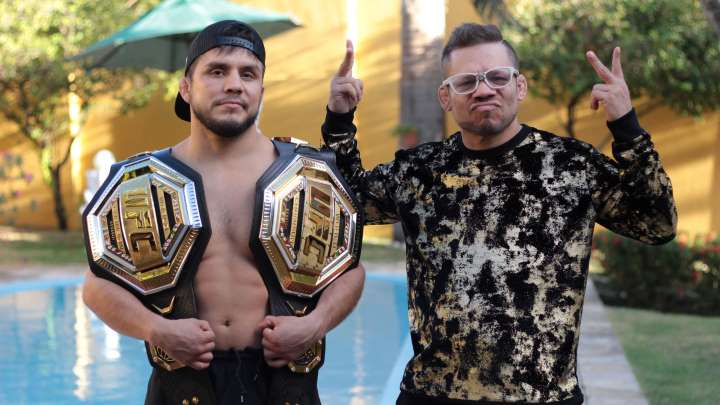 UFC 249 co-main event featured shocking results as champ Henry Cejudo added another legend to his illustrious career. He impressively defeated former champ Dominick Cruz via second round TKO. Even though the stoppage was controversial, Cejudo became only the second fighter to finish Cruz.

However even more shocking was his announcement in his post-fight interview. Cejudo announced his retirement from the sport. The announcement baffled the MMA community especially with his recent performances. Also keeping in mind his wish to fight bigger names and even potentially move up. 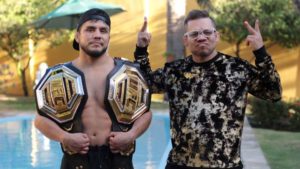 Cejudo seems to have not revealed his plan even to his teammates prior to its announcement. Speaking in an interview with ESPN’s Brett Okamoto, his long time coach Eric Albarracin expressed shock as well. Albarracin believed his student was in his prime as well. However had a vague idea as his things with his protege felt different. (via Twitter):

“I just think he’s better. It’s a dark moment when someone is retiring at its peak, ”said Albarracin. “I understand it well. We have been on a hellish run. I’ve been with him since 2004. He’s gotten it done, every goal we have ever set, he has accomplished it. He’s beaten every legend they set in front of him. I was trying to figure it out, but I couldn’t put my finger on it,” said Albarracin. “I was ready to have him call Jose Aldo, Alex Volkanovski and Conor McGregor after this fight, and he said ‘no’ to me. i think so [UFC president] Dana White had to add another zero to his salary, he’d be hard pressed not to come back, but maybe he just wants to move on.”

There are rumors of him potentially going back to wrestling and making the Olympic team. Regardless he’s had a wonderful career. He has been on a tear since last two years. Cejudo first defeated then P4P #1 Demetrious Johnson to win the belt. He then defended his belt against then bantamweight champ T.J. Dillashaw moving down. Cejudo then went on defeat dangerous Marlon Moraes to win the vacant bantamweight title. . Throughout this reign he also adapted a ‘cringey’ personality to promote his fights which definitely attracted some eyes to the lower weight classes.

Previous articleUFC 249 POST-FIGHT ANALYSIS | THE MMA INDIA SHOW
Next articleMMA India Exclusive with Laishram Bidyachandra: Want to join a promotion like ONE Championship!