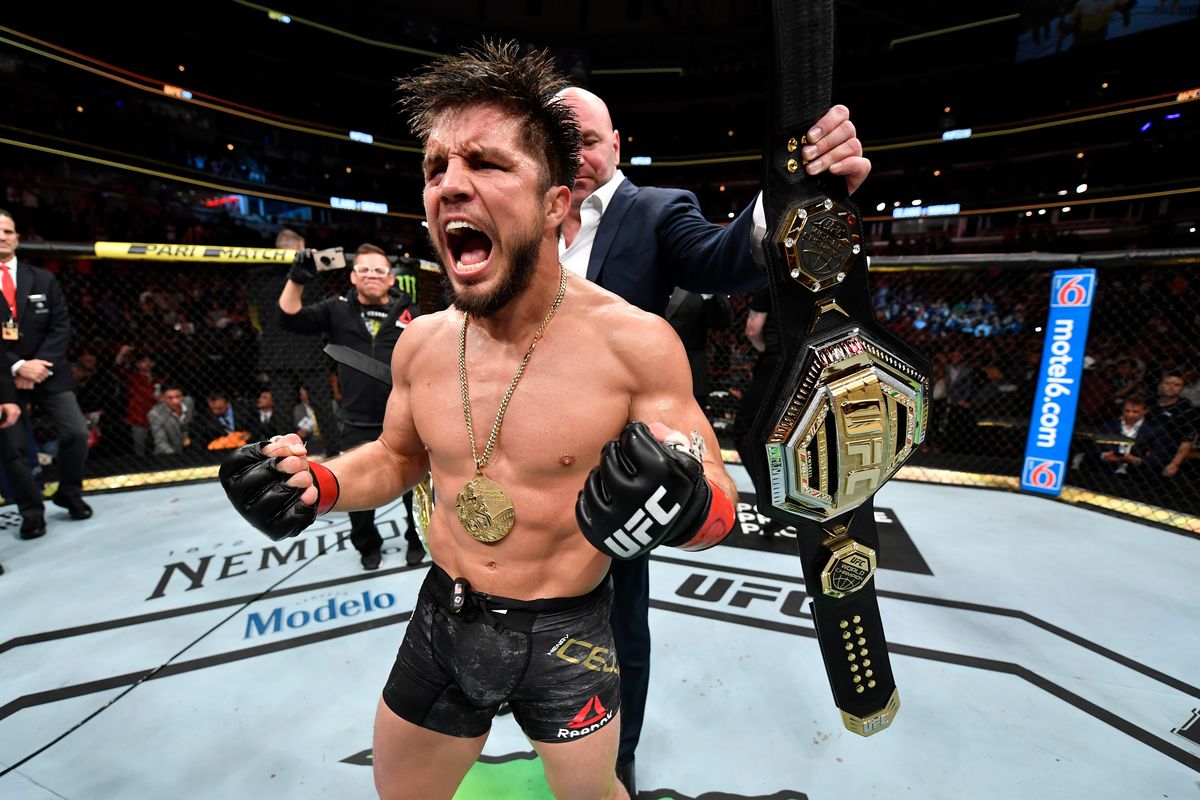 Cejudo has been on a tear since last two years. He went to claim the ‘champ champ’ by simultaneously holding belts in two weight classes. Unfortunately he got sidelined with a shoulder injury for which he had to go under the knife. Cejudo was expected to fight former featherweight champ Jose Aldo. However Aldo pulled out due to corona virus pandemic. Aldo was then replaced by Cruz. 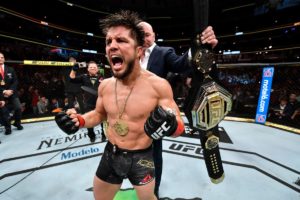 However the surgery and opponent change alongwith the current coronavirus pandemic, does not seem to have affected the champ’s preparation. Cejudo took to social media to post a picture of his 12 week transformation. Needless to say, the ‘Triple C’ looks like a tank ready to fire all cylinders! (via Twitter):

I really don’t know the difference between being in camp or Covid-19 quarantine. But I will say this, I’m out to seek and destroy! #andstill @neuroforceone pic.twitter.com/YlzVfOvbdM

“I really don’t know the difference between being in camp or Covid-19 quarantine. But I will say this, I’m out to seek and destroy!”

The fact that he was able to pull off such a physique post surgery, amidst quarantine with limited resources and with a tailored camp, adds to his greatness. Battling adversities has been a hallmark of his combat career. He will add another big name to his legendary career if he gets pass to Cruz.

The resurgence of ‘Triple C’!

Cejudo has been on a tear since last two years. He rematched then P4P #1 Demetrious Johnson at UFC 227 in August 2018. He stepped in as a huge underdog and also battled adversity in the first round. However caused a huge upset by defeating Johnson with a split decision to become only the second flyweight champion ever. He then took on then bantamweight champion T.J. Dillashaw moving down to flyweight. The event was UFC’s first card on ESPN. Cejudo brutally TKO’ed Dillashaw to defend his flyweight belt. The magnitude of the event skyrocketed his growth as a star. He then took on a dangerous Marlon Moraes for the vacant bantamweight belt. Cejudo again faced some adversity but finished Moraes in the third round to add his name in the elite list of double champs holding belts simultaneously. Throughout this reign he also adapted a ‘cringey’ personality to promote his fights which definitely attracted some eyes to the lower weight classes.

UFC News: Ali Abdelaziz explains why it is Jose Aldo after Dominick Cruz for Henry Cejudo

Previous article
Paulie Malignaggi claims he KO’s Conor McGregor in the boxing ring – but this former UFC champion disagrees
Next article
UFC News: Israel Adesanya breaks down UFC 248 dud against Yoel Romero and blames him for not attacking