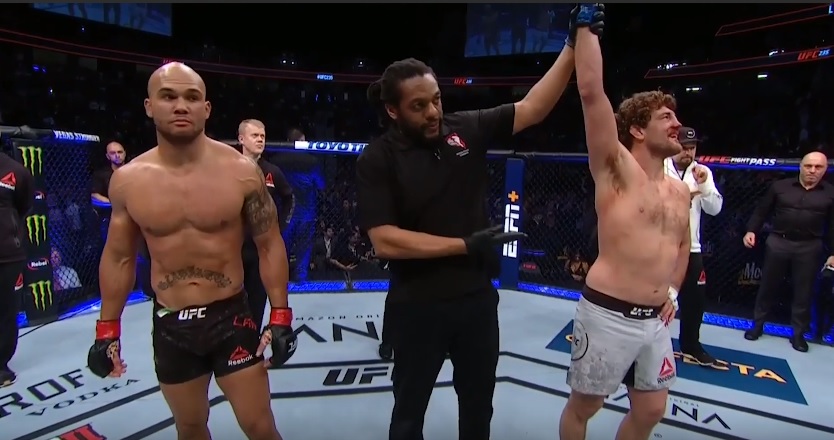 Ben Askren finally made his successful UFC debut at UFC 235 against an extremely dangerous former UFC welterweight champion, Robbie Lawler. Askren won the fight after almost being knocked earlier via a bulldog choke. However, the finish of the fight was the source for much controversy because while Lawler seemed to go a bit limp due to the choke, when the referee Herb Dean stepped into stop the fight, Lawler quickly rose up to his feet in protest signifying that he wasn’t out and he had not tapped. Dean has now explained his stoppage of the fight. 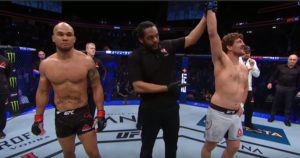 Dean was recently a guest of UFC colour commentator and popular comedian and podcast host Joe Rogan’s podcast, The Joe Rogan Experience. Here’s what he had to say:

A bulldog choke — anytime you have a choke where there’s pressure on the neck and they’re bending the c-spine (cervical spine) backwards like that, that’s a rough situation for me. So I see someone go limp and I know that on top of it they’re no longer putting tension on their neck, and their neck is just being bent, I can’t see that I should do something different than that.

We never want to see anything that could make you have a feeling that it’s inconclusive, but I can’t think of what else I should have done.