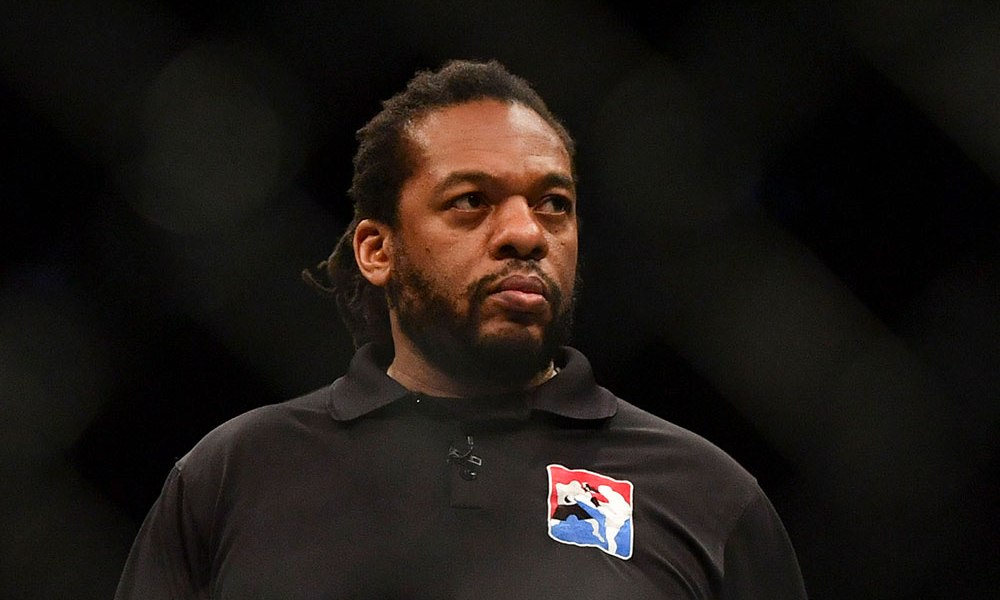 Herb Dean, one of the most experienced referees in the game, got into a conflict with UFC commentator Dan Hardy after the latter tried to take control of the fight between Francisco Trinaldo and Jai Herbert. 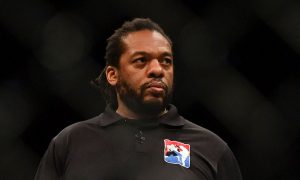 The preliminary card bout ended in a KO in the favor of Trinaldo, after he landed a left overhand in the third round of the fight. Herb Dean did not immediately end the fight but waited for Trinaldo to land a couple of more blows before he stepped in to stop the fight. Dan Hardy was upset about this and yelled at Dean to stop the fight before he could make the decision. After the fight, the referee and the commentator went back and forth with each other on the situation, and the incident was caught on camera and has caught a lot of attention on social media.

Dan Hardy was quick to take to social media to explain his side of the story.

Many MMA critics and fans showed discontent towards the late stoppage and accused Herb Dean of unprofessionalism. Dean shared a video explaining his stance on Instagram.

In the 4-minute long video, Dean addresses the situation and explains why he waited before he stopped the fight, and criticized Dan Hardy for putting on the ‘superman shirt’.

“There’s a fight that some people said could have been stopped earlier, think it was stopped late. By no means was that a late stoppage“,said Herb Dean. He went on the say “Anyone who believes or not is maybe just following because someone with a microphone says it’s a (bad) stoppage. But if you know anything about fighting, a fighter got hurt, fighters get rocked all the time but we’re looking at his actions. He’s tracking his opponent. He knows where his opponent is. He’s put both arms in between him and his opponent. He’s lifted his leg up, head off the mat. He’s doing everything I can ask for him to do to stay in that fight. There wasn’t a bad stoppage.”

UFC on the Herb Dean and Dan Hardy fiasco

UFC is the best MMA promoter in the world, and incidents like this only place doubt on that statement. Bad refereeing and Bad judging have recently been happening much more frequently than before, and the fans are taking notice. The promotion was clearly upset at this, and UFC Vice President David Shaw said that the UFC will investigate the matter.

Who did you think of the stoppage?