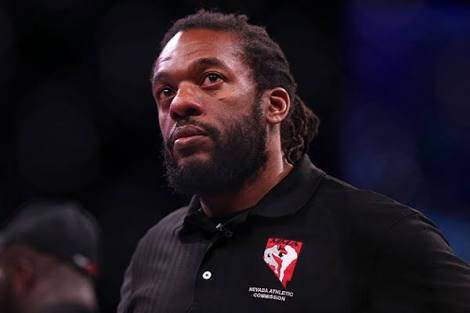 Former UFC light heavyweight champion and former pound-for-pound #1 fighter, Jon ‘Bones’ Jones (22-1-1NC MMA, 16-1-1NC UFC) will make his much-anticipated return to take on former two-time title challenger Alexander ‘The Mauler’ Gustafsson (18-4 MMA, 10-4 UFC) at UFC 232 on December 29. UFC 232 was supposed to be the biggest card of the year hence no stone had to be left unturned in any department.

However the much anticipated main event looked in serious jeopardy as Jones once again lost the toughest battle of his career, that is with the drug tests. That was taken care of as the entire card was relocated to California from Las Vegas as the Nevada State Athletic Commission didn’t allow Jones to compete. 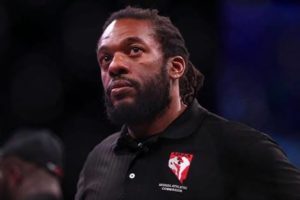 The fight was saved however the MMA godas have cursed us in an another way as arguably the best referee in the business, Herb Dean, who was supposed to be the third man, has pulled out of the fight due to an injury. The news was revealed by California State Athletic Commission executive director Andy Foster.

Dean will be replaced by veteran referee Mike Beltran. The judges for the Jones vs. Gustafsson main event are scheduled to be: Derek Cleary, Sal D’Amato and Junichiro Kamijo.

Previous articleCris Cyborg reacts to news fight is moved from Vegas to LA because jon jones Cyborg Nation 232 Ep. 1
Next articleGustafsson moves from luxurious hotel in Las Vegas to an airport hotel in California because of UFC 232 relocation