Veteran MMA referee Herb Dean has recently talked about the Brian Ortega and Alexander Volkanovski fight which took place at UFC 266 for the featherweight title. The fight was a five-round banger. Both the fighters laid out their everything and fought till the final bell rang. There were many significant moments in the fight at which people thought the fight could have been stopped as Brian Ortega took a huge amount of damage. Alexander Volkanovski had Ortega hurt badly at several moments of the fight and even the corner of Ortega was concerned. Many people stated that the referee Herb Dean should have stopped the fight in between rounds to protect the fighter from getting badly hurt. 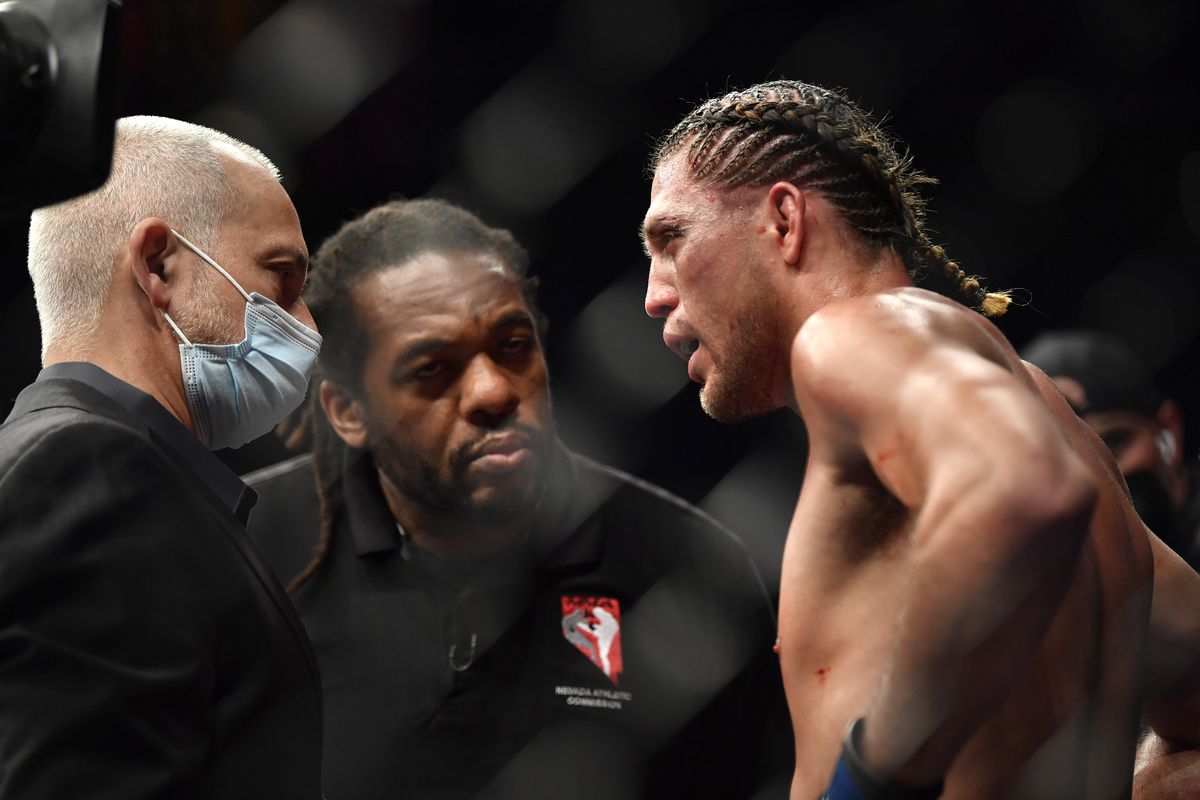 In his recent interview, Herb Dean opened up on this topic and gave the exact details of what happened that night and why he did not stop the fight.

“I don’t think his cornermen helped him. He was laying there, he wasn’t getting up. I think it was more of those ‘Hey, it’s time to get up. Let’s get moving.’ ‘Cause once they grabbed him, it’s not, like, they had to lift him up. Once they put their hands on him, he was getting up to get on the stool. But I think he was really having that — I can’t speak for him, but I know how it feels like to struggle with yourself. And he definitely was spending some time talking to himself there, figuring out, digging deep. Finding the strength to go on. What was interesting is he got that minute rest period. ‘Cause basically, at the end of the round, it was exhaustion, I think. He had given it his all. Then the physician comes in, medically clears him, says he’s clear,” Dean said (h/t BloodyElbow.com). 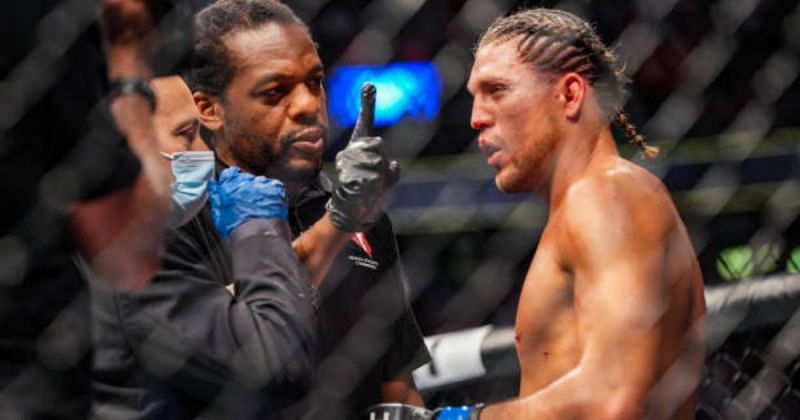 “Some of (Ortega’s) answers weren’t exactly clear, but then when he looked at me and gave clear answers, like, ‘Yes, I see, yes I wanna continue,’ and you could see that he was ready to compete again, we gave him another chance. Of course, we’re gonna kinda watch closely, but he got out there and did what he was supposed to do.”

Herb Dean is one of the best referees in the game. Dana White has always supported him in all the decisions. Though he sometimes gets in trouble that’s because he is always refereeing some high-intensity matches.

Previous articleBJ Penn wants to resume his career in politics, hints at run for governor of Hawaii
Next articleTyson Fury vs Deontay Wilder 3: How to watch in India, time, location, Odds, Fight Card