Here is why Colby Covington wants Conor McGregor to retire! 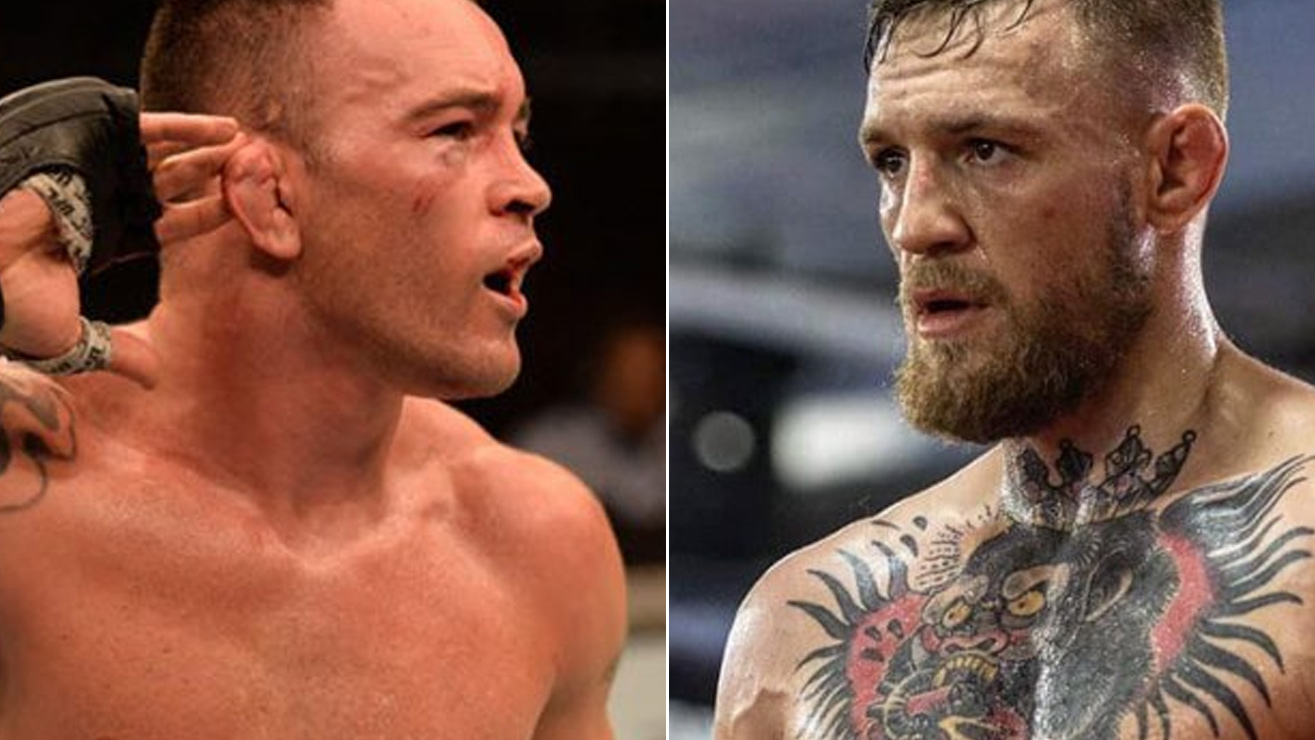 As Colby Covington gears up for the most important match up of his UFC career, he still can’t help but voice his opinions about other fights in the division.

Covington will face Kamaru Usman for the welterweight crown this coming weekend. The fight will mark the first time that Covington gets a shot at UFC gold. He has held the interim welterweight title before he was stripped of the same after he failed to fight the then champion Tyron Woodley.

While this fight is of prime importance for the division, UFC fans can’t help but get excited for another 170 pound clash that will take place next month. That fight is obviously the return of Conor McGregor against Donald Cerrone.

During an interview with Helen Yee, Covington had the following to say with regard to the return of UFC’s biggest draw ever.

“I look at Brokeback Cowboy, a guy that’s way over the hill, versus the Irish Little Leprechaun Conor McGregor who is cashed out in his own right. He couldn’t even knock an old dude off a bar stool in a bar, so you know. It’s a match-up of jobbers and journeymen and they both should retire”.

I asked Colby Covington what he thinks about Conor McGregor's return at welterweight against Donald Cerrone. His response: "It's a matchup of jobbers and journeymen; they both should retire" @ColbyCovMMA #UFC245
Full interview here —> https://t.co/Tlnik95JPk pic.twitter.com/Bqmodsmc09

Colby has always thrown himself into the mix at almost every situation that goes on in the UFC. “Chaos” is trying to live up to the image of the perfect heel in the UFC. And to a certain extent he has succeeded in making himself the most hated man right now in the UFC.

A lot of MMA pundits have also discussed what Conor’s return mean for the welterweight division. The last time anyone checked Conor was still adamant towards getting his rematch at the lightweight champ Khabib Nurmagomedov. Even Dana White has went on record saying that if both McGregor and Khabib end up winning their respective bouts, then a rematch wouldn’t be much of a far fetched dream.

However, if that’s the way Conor wants to head, why return to the welterweight division in the first place. He is fully aware that Khabib would never go up a a weight class in any case. And then there’s always been issues about Conor’s endurance would get affected once in puts on the weight.

All these questions will be getting answered sooner or later. However, before that we will have the answer to the question about who will capture the welterweight throne next. Covington vs Usman will headline UFC 245 that takes place this Saturday at the T-Mobile Arena in Las Vegas, Nevada.

Previous articleJOSHUA PACIO TO DEFEND ONE STRAWWEIGHT WORLD TITLE AGAINST ALEX SILVA
Next articleMax Holloway reveals who is the hardest hitter he’s faced – and it’s not Conor McGregor!