The bookies are clear in their assessment of the upcoming Sean Strickland versus Jack Hermansson fight at UFC Vegas 47. The eagerly awaited clash takes place on February 5th and sportsbooks are designating Hermansson as the clear underdog. 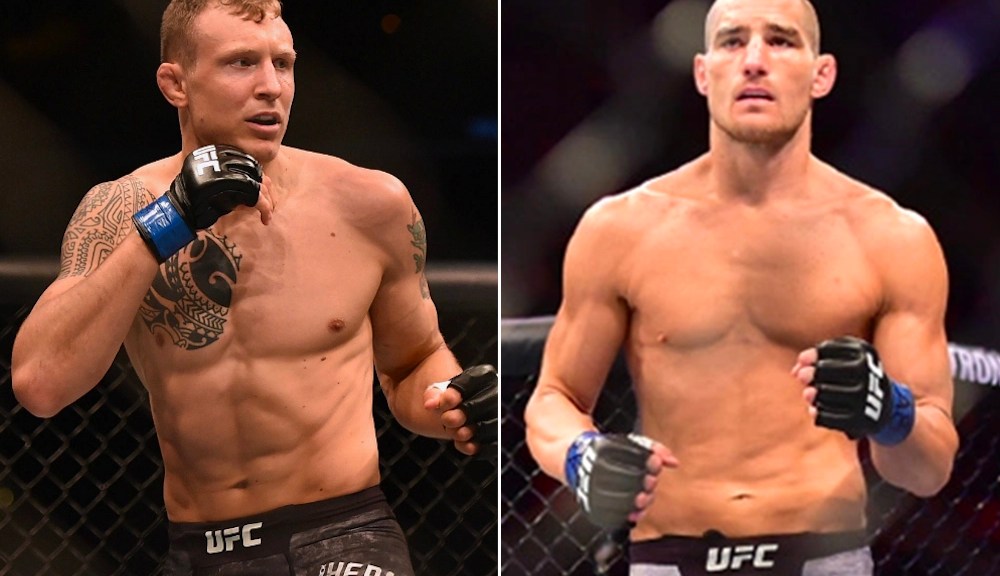 Online MMA betting sites favor Sean Strickland, the number seven rated middleweight, over Jack Hermansson, who is ranked at six in the same division. Hermansson, known as ‘The Joker,’ is now a +180 chance with many sportsbooks.

By contrast, ever since his fight with Kamaru Usman in 2017, Strickland has been the betting favorite in all of his fights and that is once again the case here. The odds of Strickland winning this one are as low as -188, but Hermansson has a significant chance here, and those odds could look very generous by the time this fight is done. 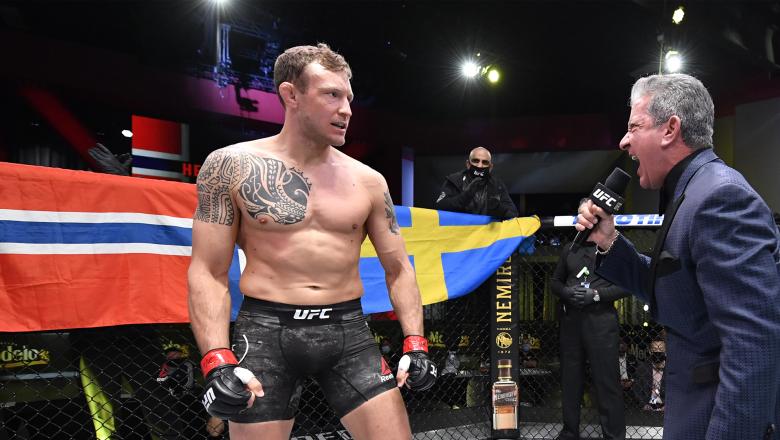 Since joining the UFC in 2016, Jack Hermansson has remained a strong middleweight challenger. In May 2021, the Swedish-Norwegian defeated Edmen Shahbazyan by unanimous decision. With a resounding victory, he showed off his superior top game and vicious ground-and-pound techniques throughout the bout.

Before that, ‘The Joker’ had lost to title challenger Marvin Vettori, the latest tough break on the hard road of his journey to have a shot at the 185-pound belt. In addition to MMA, Hermansson competed in a freelance wrestling match at the end of 2021, losing to Khamzat Chimaev.

On paper, there is no doubt that Strickland represents a formidable obstacle. Since jumping up from welterweight to middleweight, he has been on a tear and can now boast a five-fight winning run. He is also coming off a spectacular victory over Uriah Hall.

Strickland was scheduled to face former middleweight champion Luke Rockhold next, however, the bout was canceled due to an injury suffered by Rockhold. Strickland, a high-volume attacker with a seemingly endless supply of energy, wears out his opponents by continually rushing forward and throwing hands.

He is even known for his intensity during sparring. Earlier during his training for this event, he knocked out a sparring partner with a particularly powerful kick to the head. 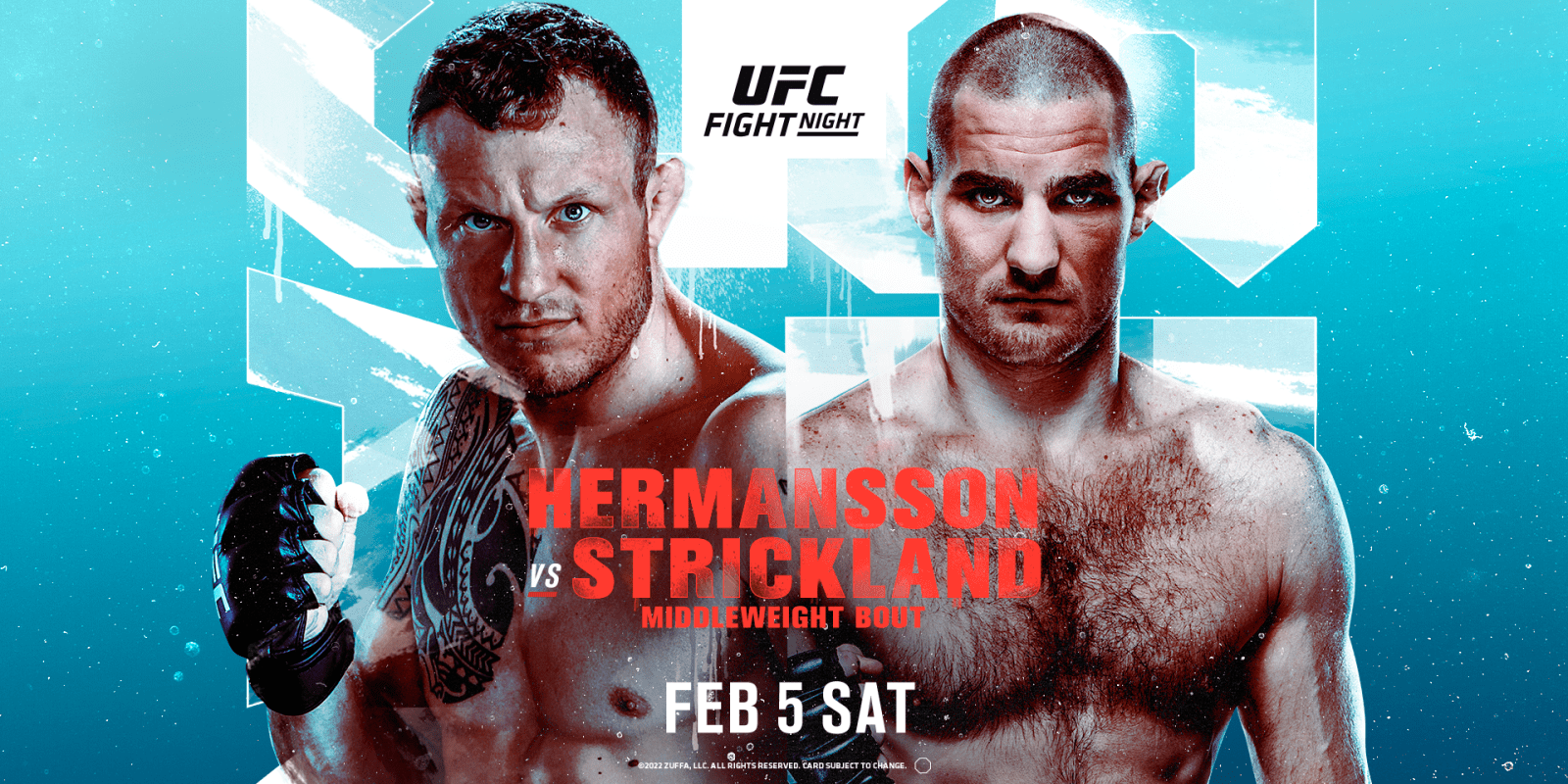 One of the beauties of the fight game is that no matter what the record of the two fighters, the way that they match up can change the dynamic of a contest, with some fighters performing better than predicted by the rankings against certain opponents.

Looking at the stature and reach of Hermansson and Strickland, it’s evident that they’re a good match for one another, although it is worth noting that with a 6’1″ frame and a 77.5″ reach, Hermansson has a very slight advantage in both categories.

Although Hermansson is more than capable of striking on his feet, this fight will likely develop as a traditional grappler versus striker showdown, with Hermansson as the grappler and Strickland as the striker – this should make for a fascinating and absorbing clash of styles.

Any fight involving Sean Strickland is must-see television. Strickland is recognized as one of MMA’s most ruthless fighters, with an unshakable resolve to go forward and strike. Expect bloodshed, violence, and trash-talking in the thick of the fight.

This much we know, but what we don’t know is how Strickland will handle Hermansson’s grappling game. It shouldn’t be forgotten that Hermansson’s past three finishes have all come via submission after three KO finishes early in his UFC career.

A statement victory for either guy would put them in the running for a championship eliminator or even a title chance. In Strickland’s case, six consecutive victories would surely put him on the verge of a title opportunity.

For Hermansson, the path to a title fight is a little more complicated. Even if he wins this fight, he’ll need at least one more major win following recent losses to Cannonier and Vettori.

Although Derek Brunson against Jared Cannonier is expected to be the logical Middleweight championship eliminator, Hermansson taking on Strickland will have important title ramifications.

Strickland will want to do all he can to keep this a standing fight. We can expect him to focus on walking Hermansson down and trying to pummel him with volume strikes while looking for any chances to unleash a winning blow.

That could be a successful strategy, but Hermansson should not be underestimated. His advantage would come on the floor. He will aim to use his excellent grappling skills to both give him a break from the relentless striking of his opponent, but also to force him into situations that are out of his comfort zone.

Certainly, the fact that he is the underdog will not worry Hermansson. He has been in this situation before, in fact, he was rated as a slightly bigger underdog when he beat Jacare Souza on a unanimous decision.

Strickland is a tough opponent, no doubt, but if he can steer the fight towards a grappling contest, Hermansson would be the strong favorite, and on that basis, his odds here could be too high.