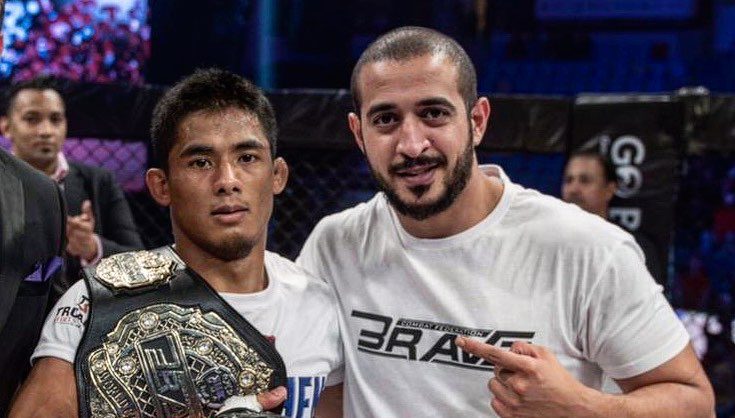 Brave Combat Federation had a historical start to 2019 as the biggest MMA promotion in the Middle East put on a show to remember in front of a huge audience in Manila, Philippines for Brave 22. While in the country to oversee the final preparations and meet with President Rodrigo Duterte, His Highness Sheikh Khalid bin Hamad Al Khalifa talked about the organization’s worldwide reach and its continued growth in and out of the MMA world in a special interview with ESPN5, partner of TV5, the biggest network in the Philippines.
Sheikh Khalid reinforced the global aspect of the promotion and guaranteed that Brave Combat Federation will continue to go to new places in order to expand the vision proposed for MMA. 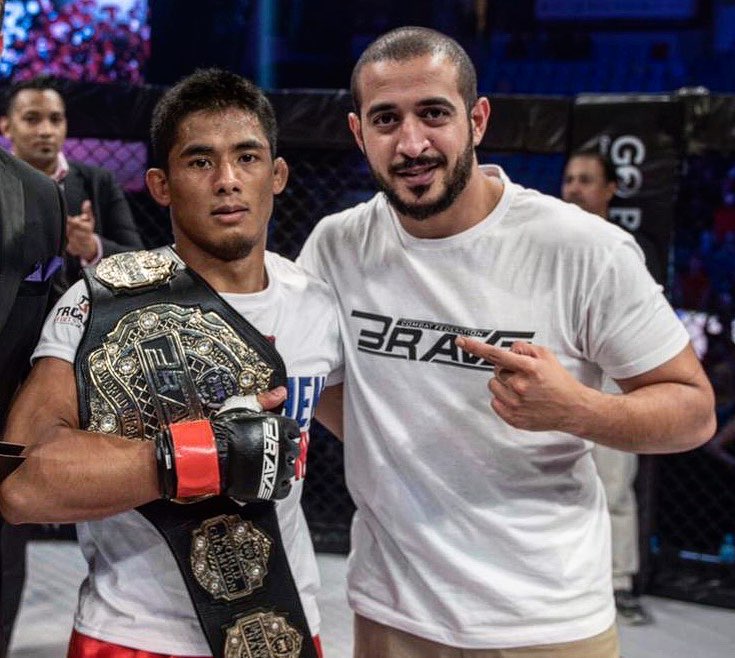 “Brave will never stop. We’ll be traveling to each country and having events in most of them, and continuing until we are the best in the world”, said His Highness.
Brave CF has already visited 15 countries in little more than two years since its inception and will make its much-anticipated return to Jordan next, as Brave 23 will take place in Amman, on April 19th.
With regards to the strong Filipino contingent in the Brave roster, His Highness mentioned the friendship between the Philippines and Bahrain as crucial to the development of those warriors, and the reason why Brave CF decided to host a show in Manila.
“The Philippines is a country that is our friend. We have a long relationship with them. It is a pleasure for us to bring Brave to the Philippines. The standard of the Filipino fighters is very high. They have a good training base, they are improving in Brave”.
Interview excerpt – https://www.instagram.com/p/BvygfGHnfp6/