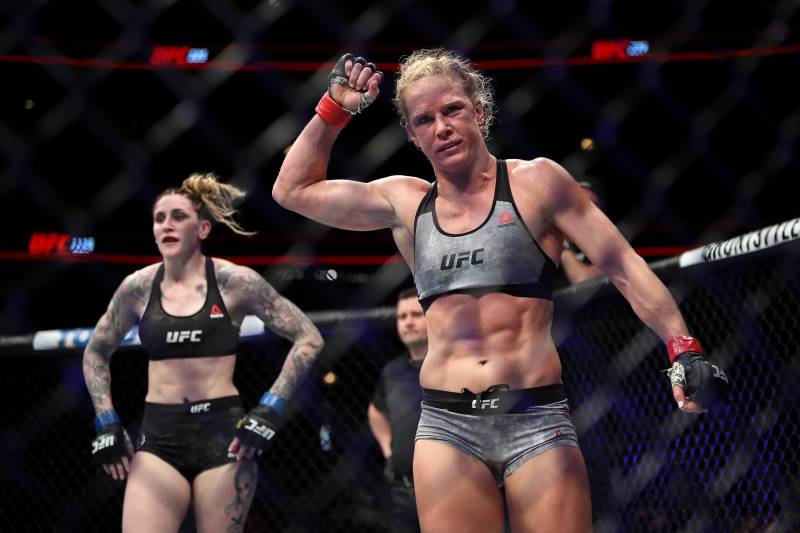 This is Holm’s chance to regain her lost title which she previously held when she knocked out then-bantamweight champion and a UFC superstar Ronda Rousey in the second round. She then, however, lost her title in her next fight to Miesha Tate at UFC 196. She then had the chance to become champion again when she fought Germaine De Randamie at UFC 208 which took place in 2017, but she lost the fight unanimous decision. 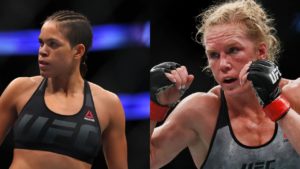 She was again given a shot at the featherweight title against Cris Cyborg at UFC 219, but she again failed to win the championship.

But this time, Holm is determined to win the title. Although even Holm agrees that Nunes is a phenomenal fighter and with her recent victory over Cris Cyborg there’s no question that Amanda Nunes is the female GOAT. But Holm says that Nunes has never fought anybody like her.

“In order to have two belts in two different divisions, you have to be a special something,” Holm said to MMA Junkie. “But she hasn’t faced Holly and that’s the bottom line.

“This is a whole different fight,” Holly Holm continued. “Is she great? Yes. Am I up against a great fighter? Yeah. It wouldn’t be a big expectant title fight, she wouldn’t be where she’s at if she hadn’t done great things. So yes, it’s a very big fight but I’m ready for it I’ve been training my butt off and that’s what I’m doing. I’m working for a win.”

“When you go out for a slugfest, anybody who lands that is going to go down,” Holm said. “Every fight makes a difference, the Cyborg and my fight is different than the fight between Amanda and Cyborg. You can look at things in a lot of different ways. You can look at something like Shevchenko and Nunes where Shevchenko gave her a hard time where she was so technical.

“And then you look at someone like Cyborg, Shevchenko is a champ at 125 and Cyborg is champ at 145 and (Nunes and Shevchenko) fought at 135,” Holly Holm continued. “And you know Amanda is knocking out the bigger one and having a hard time with the lighter one. So you can’t ever look at a fight and be like oh, she did this in that fight so she’s going to do that to me. Every fighter has a different style and nobody is the same. I’m not Cyborg, I’m not Shevchenko, I’m Holly Holm.”

Do you guys think Holly Holm can upset Nunes to win the bantamweight title again?