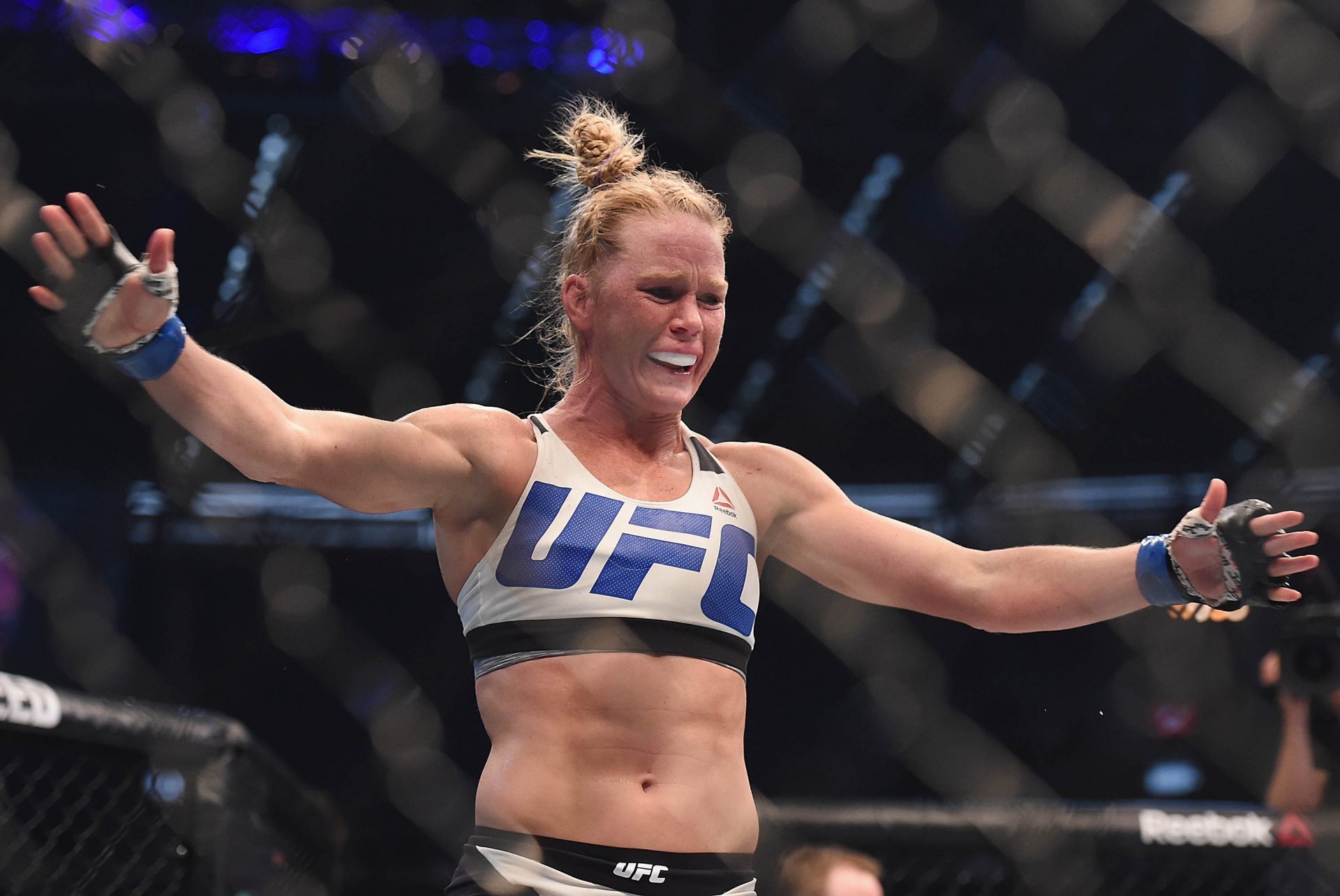 Former UFC bantamweight champion Holly Holm is set to fight Julianna Pena on May 8 at the UFC Apex in Las Vegas.

She will be fighting after eight long months. Holly Holm last fought against Irene Aldana at UFC on ESPN 16 and defeated her via unanimous decision. While she convincingly won her last fight, she had to wait around for a long time to get her next fight.

Fighters like Germaine De Randamie turned down the opportunity to fight Holly Holm which frustrated her.

“It was one of those things where I really didn’t know when I was going to fight again,” Holly Holm told MMA Junkie in a recent interview. “We were waiting for answers from Germaine. She said no. Then Pena said no. From what I understand, she said she only wanted a title fight. Then a lot of the other girls were scheduled or had just fought and I thought, ‘I don’t know who I’m going to fight or when.’ I thought, ‘I’m just going to keep drilling and trying to get better if something comes up,’ then it comes up. But I didn’t really know. Then sure enough, boom, Pena took the fight and we were ready to rock and roll.”

Holly Holm who captured the UFC bantamweight title by knocking out Ronda Rousey wants to get her title back. She lost her title to Miesha Tate in 2016 and has since been fighting to win it back. She had the opportunity to fight for the title multiple times, but she didn’t manage to get it back.

Right now the bantamweight title and featherweight title is being held by Amanda Nunes. Nunes has previously fought Holly Holm back in 2019 and in that fight, the Brazilian knocked out the Preacher’s Daughter via a head kick in the first round.

“In order to be the best in the world, I have to fight the best in the world and beat them, which is for the belt, so whatever I need to do to get there. Obviously make the right decisions for that. It’s not like I want to fight a (debuting fighter). I want to fight the top. Otherwise how am I going to show that I’m ready for this title fight?” Holly Holm concluded. (H/T – MMAJunkie.com)