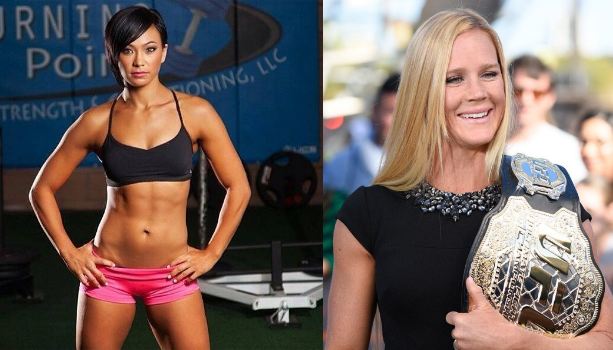 Ciara Princess Harris is an American singer, songwriter, dancer, and model. Recently, Ciara released her new single and it’s accompanying music video, “Level Up”. In fact, people love the video so much that they’ve turned its routine into a challenge and it’s taking over the internet.

Ciara’s ‘Level Up’ dance challenge is spreading fast, and unlike the other dance challenges, it requires a bit of experience to master. But, that is not the case for Holly Holmes and Michelle Waterson (Karate Hottie). These two elite UFC Combatants took only 30 minutes to master this difficult dance moves. The duo added that learning the choreography was their cardio for the day.

Holly Holm is a former professional boxer and kickboxer turned MMA fighter. Her most notable win in MMA occurred at UFC 193 when she captured the bantamweight title and gave Ronda Rousey her first loss in the sport. Karate Hottie ( Michelle Waterson) is an American mixed martial artist who competes in the UFC. She is the former Invicta FC Atomweight Champion. As of September 20, 2018, she is #8 in the official UFC women’s strawweight rankings. In the coming days, more UFC fighters may take u the level up dance challenge after watching these elite fighters chilling out during their cardio.

UFC: Holly Holm successfully undergoes knee surgery, to be out until 2019

UFC: Megan Anderson thinks that she has nothing to prove at UFC 225