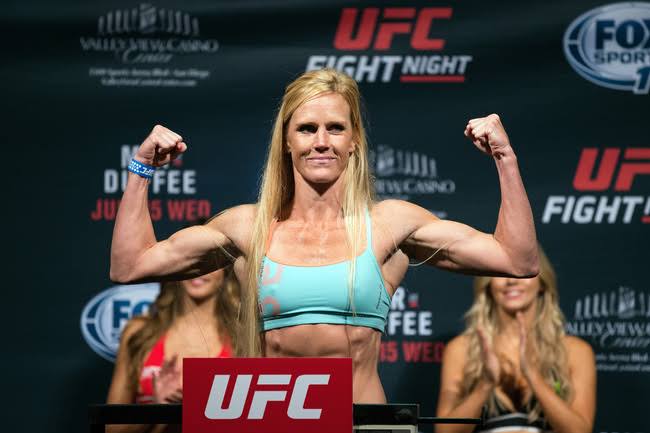 Former women’s bantamweight champion Holly ‘The Preacher’s Daughter’ Holm has been on the highest of the high and also had some tough time inside the octagon. However, nothing even remotely close to the stressful ordeal Holm is currently dealing with. 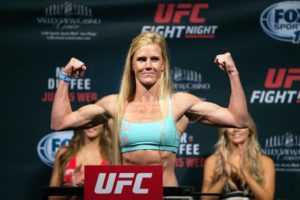 Holm who recently seperated with ex-husband Jeff Kirkpatrick, opened up to the challenges she is facing as she prepares to take on an exciting prospect in Aspen Ladd at UFC 235 in March. Speaking with ESPN’s Ariel Helwani on his show, Holm addressed the issue with class. (via Twitter):

Very much appreciate @HollyHolm speaking so openly and candidly about her divorce on the show today. I am certain a lot of people going through a similar experience can relate to some of the emotions she discussed.

Holm, who has had a tough stint being 2-4 in her last six fights does not blame her personal issues for those losses. Holm got things back to winning ways in her last fight defeating a dangerous Megan Anderson at UFC 225 in June claims she ‘hadn’t been home in about a year’.  Holm however will strive to learn from this experience.

“I don’t wish ill will on anybody because that is too much weight to carry on my shoulders. There are sometimes things I think need to be said, if that time feels right I will tell maybe more actual details about it,” she said.