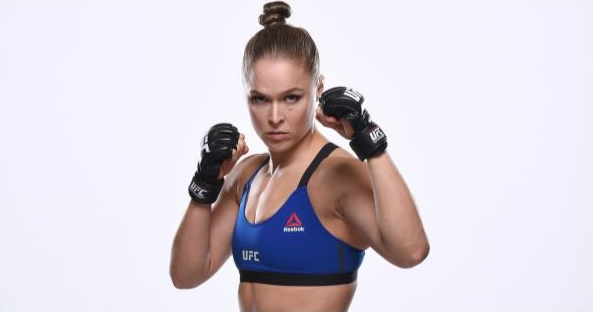 It is not surprising that women dominate in traditional men’s sports nowadays. And no, we are not talking about hockey or football. It’s about the most brutal sport on Earth – about mixed martial arts or MMA. And here is the list of the sexiest women of this sport. Maybe, looking at these beauties, you will want to get acquainted with a sportswoman. And you can find a girlfriend online.

One of the most famous female fighters, having ended her career in the UFC, has signed a contract with the wrestling organization WWE. Also, Ronda starred in films. In 2018, she hosted the premiere of the action movie 22 Mile in which she took part.

She ended her career in MMA in 2016, but it is impossible to forget her. The nickname “Cupcake”, the love of pink color, good appearance – as you can see, Miesha fell into this list not just for nothing. Many photos on her Instagram don’t give out MMA fighter in her. At first glance, this is just a pretty American, but this feeling disappears as soon as Tate enters the boxing ring.

Since 2014, she is in the UFC. Like most girls, Felice loves selfies; however, she often has photos with impressive shiners, obtained in training or during performances. As a child, Felice dreamed of becoming a fitness model, not an MMA fighter. She started practicing martial arts rather late – at 18. For a long time, the girl paid special attention to kickboxing, but she understood that she needed to connect her life with fights. Now she can be called a universal fighter.

She is a Canadian athlete who has achieved remarkable kickboxing success. She started kickboxing at the age of 21 and had a phenomenal amateur career, won the Canadian champion belt. She made her debut in MMA in 2004 but lost two fights in a row and ended her career. The girl has three victories in professional boxing. Her record in amateur kickboxing is 8-2, and in Muay Thai – 0-3. Keri started her own business – the gym where she teaches boxing, karate, and self-defense. In 2010, she participated in MMA but lost the fight.

Magnificent forms led Latasha to the modeling business where she became a Playboy star of the mid-2000s. However, love to this sport, which she dreamed of from a young age, led this blonde in pro-wrestling and kickboxing. In 2009, after much preparation and training, Marzolla made her debut in MMA, beating Kristi Tad by knockout. Classes in Xtreme Couture gave results in the future – already in November, the beauty got her second victory. Last year, this mother of two children held her third bout in mixed martial arts, which ended with the defeat of Latasha.

She is an active girl, a fighter, and a perfect model. She is quite recently in this sport. In her childhood, she practiced ballet and was engaged in gymnastics up to 10 years old. Then she changed the warm room to the ice arena and was the only girl among teenagers in the hockey team. At the age of 15, a girl obsessed with sports was engaged in Muay Thai. A little later she worked as a ring-girl in Muay Thai boxing tournaments. And in January 2007, the beauty entered the ring as a fighter. Nowadays she fights and works as a model.

She made her debut in the UFC in 2015. The American defeated Courtney Casey-Sanchez in her last fight. In the past, Michelle tried herself in the modeling field, which is not surprising given her bright appearance. She is now married, has a daughter, but her career in the UFC is just beginning. The speed and excellent stretching that we see in the octagon lies behind her diminutive, smile and prettiness.