How did Hasbulla Magomedov earn the nickname “Mini Khabib”? 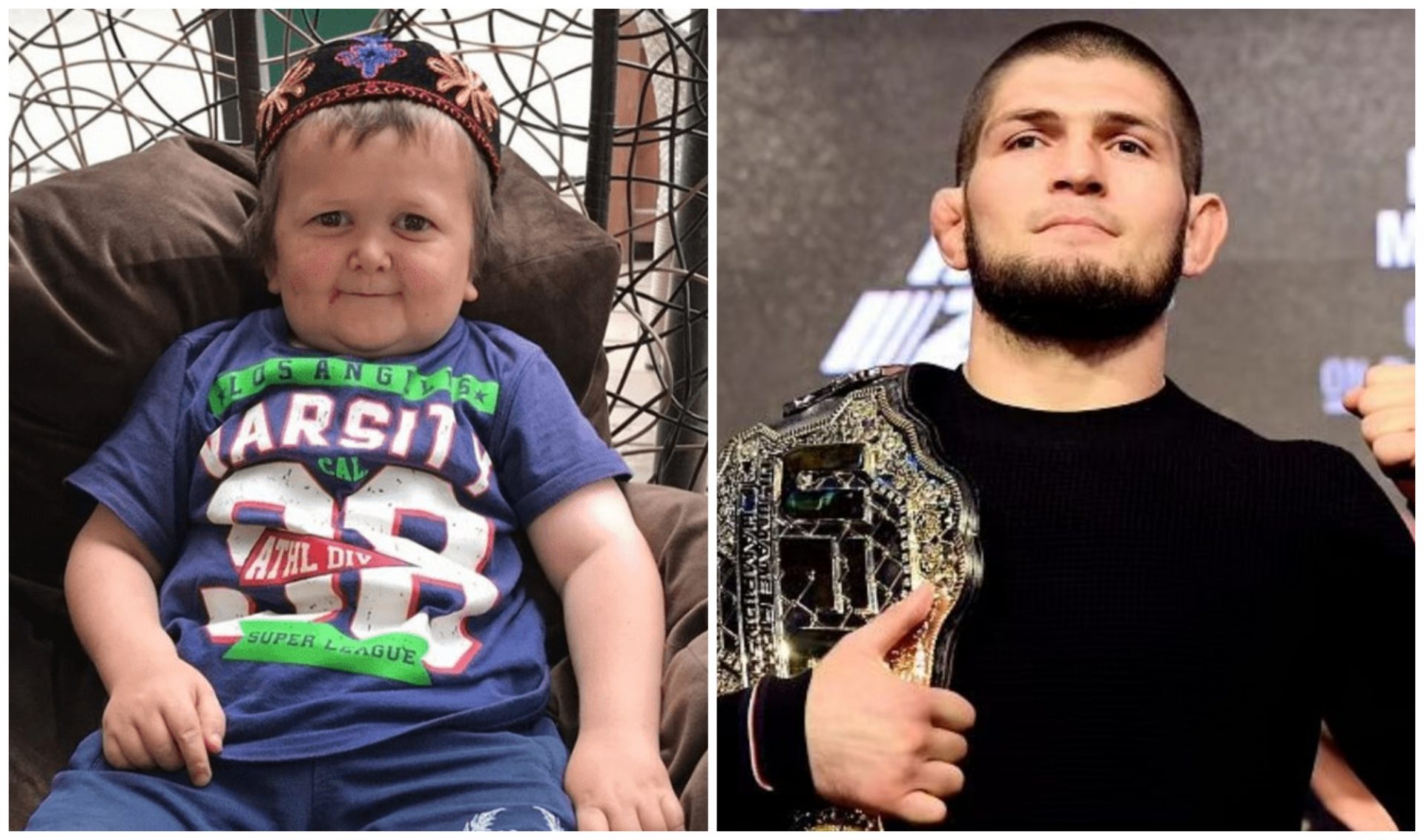 In the past few days, Dagestani internet vlogger Hasbulla Magomedov has taken over the combat sports fandom as the most viral topic of discussion. The 18-year-old, who hails from Makhachkala in Dagestan, Russia is widely known as “Mini Khabib”.

From interaction to impersonation, Hasbulla has been in touch with Khabib

Khabib and Hasbulla are known to have a great bonding with each other. The two have been seen together in restaurants clicking pictures, and Khabib even shared a short clip of Hasbulla on his official Instagram back in April.

He’s even seen brawling with his pet monkey, which is another throwback to how Khabib himself fought bears during his childhood. There were even rumours that the two were related, with many people even stating that Hasbulla shares a resemblance with “The Eagle”. However, none of those speculations about them being related turned out to be true, but there’s one act from Hasbulla that did surprise the fans.

Hasbulla who now has a huge online presence across social media platforms as well as on TikTok, recreated Khabib’s weigh in from UFC 229. The resemblance was astoundingly similar, as he perfectly imitated Khabib’s entrance walk, as well as flexing and even pointing towards the sky, which won the hearts of Khabib’s fans.

The iconic UFC 229 remains a historic event, not just for UFC or MMA fans, but for the entire combat sports community. The fight had taken place on 6th October 2018 at at T-Mobile Arena in Paradise, Nevada, where Khabib defended his UFC lightweight championship against his bitter rival, Conor McGregor.

The buildup to UFC 229 was utterly dramatic, from the verbal tussle between Khabib and Conor, to the infamous bus incident, and even the post-fight brawl. Khabib’s fans still consider it their idol’s greatest fight of his career, and seeing an 18-year-old who suffers from Dwarfism, taking the initiative as a tribute to Khabib by impersonating his UFC 229 weigh in, there remains no doubt on why Hasbulla is now famous as “Mini Khabib”.

Previous article
Meet Abdu Rozik, Hasbulla Magomedov’s nemesis who is an 18-year-old rapper from Tajikistan!
Next article
Khabib Nurmagomedov says Dustin Poirier will be UFC lightweight champion by the end of 2021