How the IMMAF Asian Championships ‘showed up’ Indian MMA 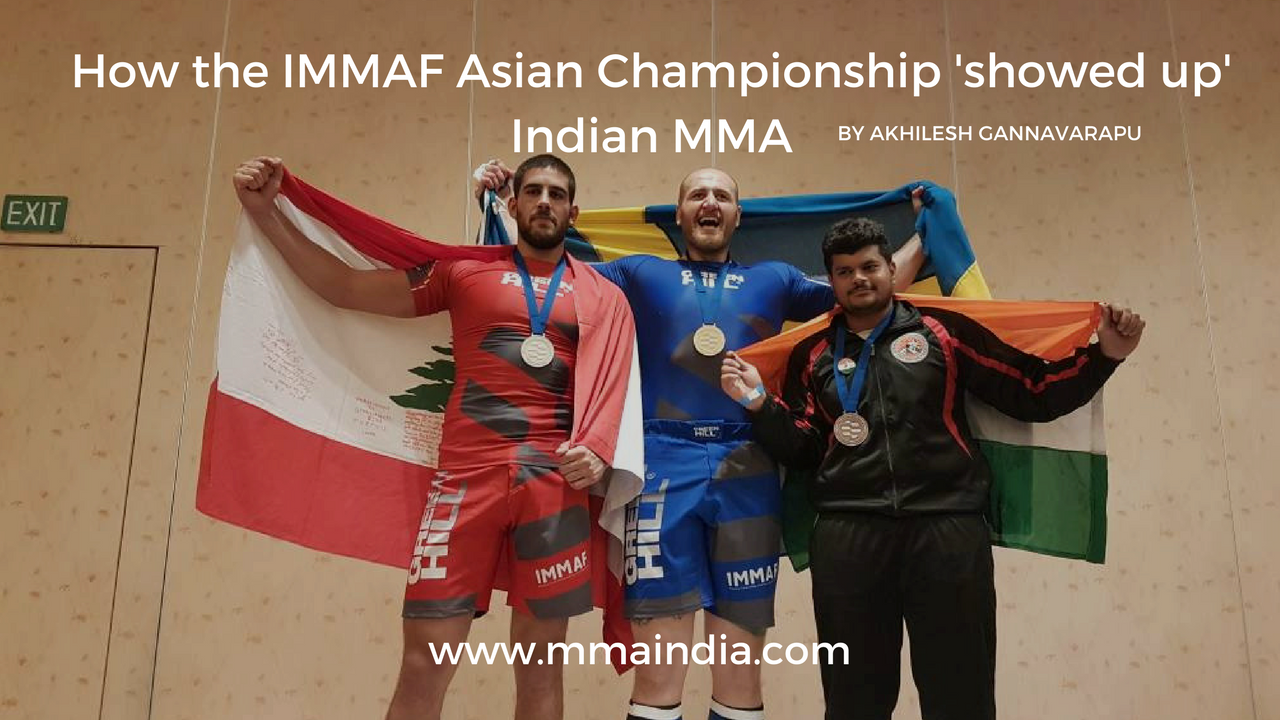 Note: This is a three part series, where we analyse the status quo of amateur and professional MMA, and the fighters in India

Two weeks ago, I had an interesting conversation with UFC match – maker, Sean Shelby in Singapore. Among other things, we talked about when we could see an Indian fighter in the UFC.

Patriotic fervour shouldn’t blind us of reality, and the careful tone in which Sean talked about the need for building a consistent, high – level talent pool highlighted UFC’s meticulous research before entering a market.

Unfortunately, that is the same reason why Sean and I agreed that India is still couple of years away from making waves in the MMA community.

Until now, India has mostly been the butt of jokes – whether it be bad referee stoppages (or non – stoppage), or a quick 9 second KO, or just badly managed events. The future of MMA in any country lies in the strong foundations built by the so – called pioneers. In that sense, Brazil and Japan have been the most fortunate.

In India however, there isn’t one specific person or organisation that has either helped – or subdued – the rise of the sport. Instead, it has taken several individuals, horrendous mismanagement and zero oversight that has stagnated the growth of Indian MMA.

And there is no better example to highlight the state of MMA in India, than the recently concluded IMMAF Asian Championships in Singapore.

We do not have to look beyond 2016 – 2017 to truly understand where India lies on the global stage. Let us take the most recent example – the IMMAF Asian Champions, that concluded two weeks ago in Singapore.

The Indian contingent announced for the Championships had three fighters in three different weight classes. However, before the tournament began, it was reported that one of the fighters wouldn’t be participating due to personal reasons. That just left two fighters from India, who were representing the country. 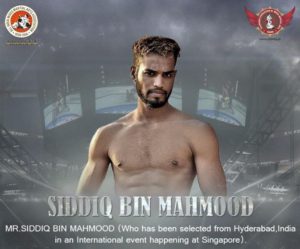 On Day 2 of the Championships, Kazakhstan’s Yernaz Mussabek defeated India’s Siddiq Bin Madmood in 37 seconds of the very first round, in a flyweight bout. With the defeat, Siddiq was eliminated.

On Day 3, Indian heavyweight Vishal Surendra Bhardwaj lost to Lebanon’s Chaddad Alexandre by TKO in 1:58 minutes of the first round.

However, considering there were only three fighters in the heavyweight category, Vishal was awarded the bronze medal.

While it is always a special feeling to win a medal at a prestigious international tournament, the fact that it didn’t take the fighter to win any bout to be awarded the medal could act as a double edged sword for promoting the sport in the country.

While it might encourage more fighters to jump into the amateur circuit, it could also set dangerous precedence, where the fighters are led to believe that paying the fee and signing up for the tournament would guarantee them medals or sponsorships.

Why the Asian Championships should act as a wake up call

Do we have enough resources? If so, why aren’t we excelling at the highest level?

And if not, what has AIMMAA been doing to correct it in the past couple of years?

This isn’t the first international tournament that the Indian fighters have participated in – and crashed out early, in the past couple of years. Moreover, when we talk about representing the nation at the professional level – and in top global promotions nonetheless, how can we justifiably think we’re going to make any difference, if the best we can do is hang on for 90 seconds in the first round?

While Daniel said we need to consider the international events conducted in India as the benchmark for the Indian amateur fighters, how is that not the same as the proverbial frog in a well? Unless we perform commendably on international platform, we may as well stop talking about Indian fighters competing in the UFC, Bellator MMA or ONE Championship.

Until we stop being complacent, and until we start putting more emphasis on talent, and deserving fighters representing India in international competitions, as Joe Carr and Sean Shelby said, it will take at least 4 – 5 more years to see an Indian fighter in the UFC.