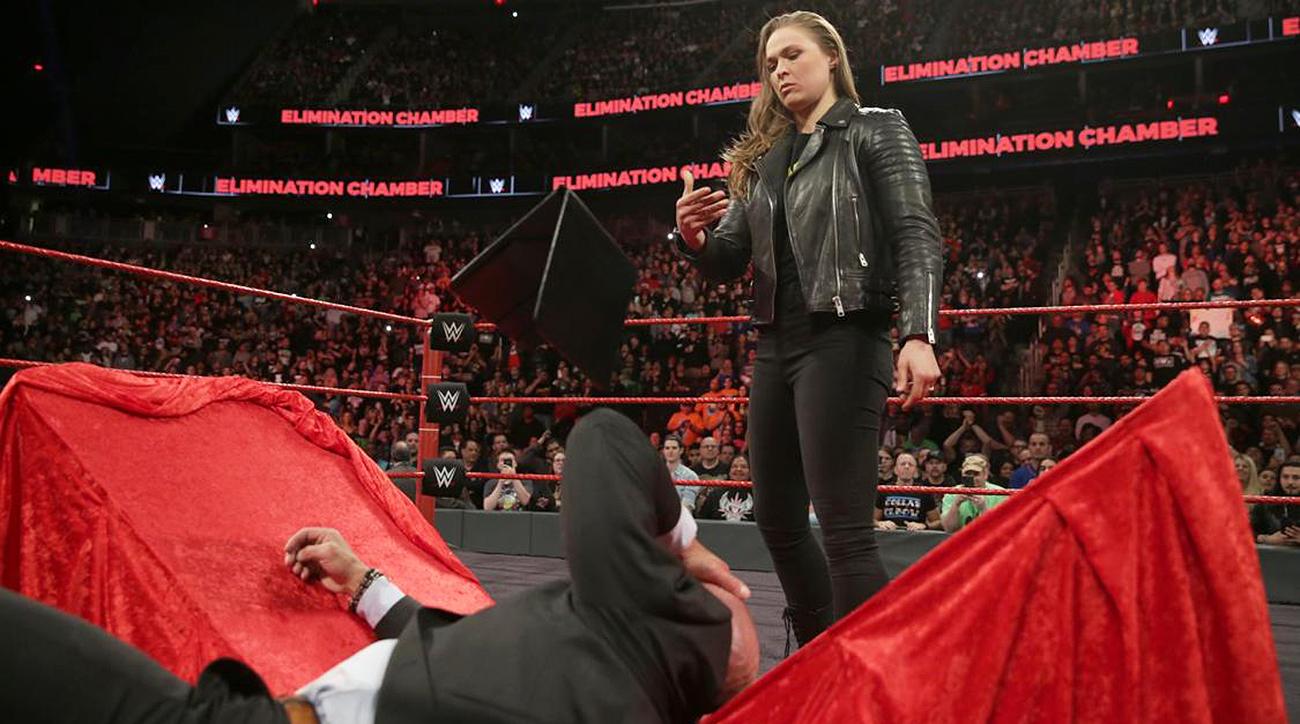 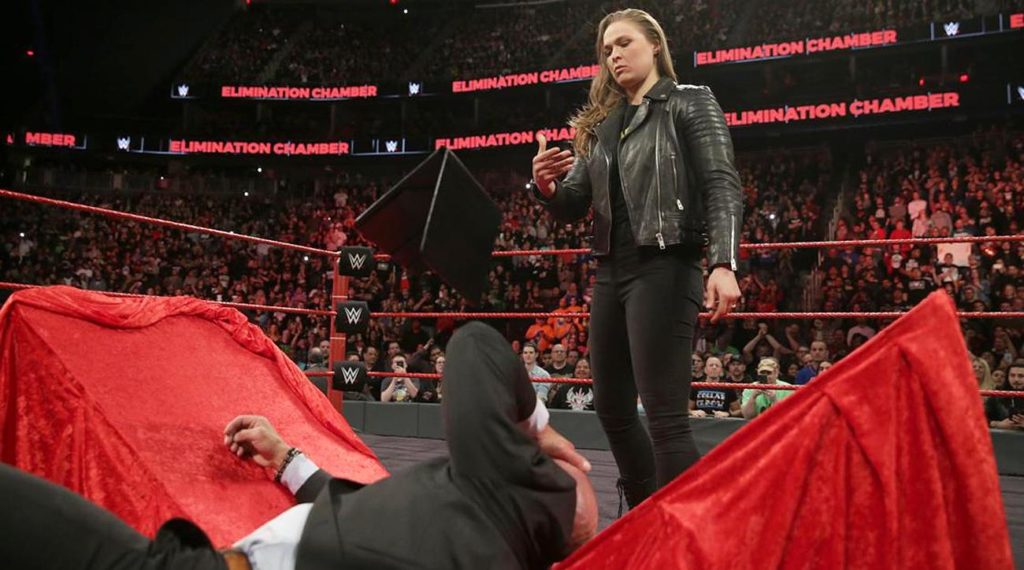 The WWE Universe was shocked at the appearance of former UFC Bantamweight Champion at the Royal Rumble Pay-per-view event. Ronda Rousey had finally made her long-awaited official WWE appearance after months of rumors. This is big for the WWE as they finally got hands on the superstar who would promote the women’s division to new heights.

But the real question that bothers in the mind of the fans is how the WWE’s creative team is going to book her days in the squared circle. We have witnessed some of the most horrible bookings in the recent years especially the ones that are related to Daniel Bryan, Roman Reigns, and Brock Lesnar. But hopefully, the company might consider the negative response and do justice to Ronda’s efforts.

Since she had been a quick finisher in the UFC, the WWE should maintain the same status of hers and make her look dominant and easily overpower her opponents. Most of her matches should be short, and some of it should be absolute ‘squash’ matches. She should be portrayed as a force which the other wrestlers have never before confronted.

The WWE can’t deny that the UFC is a competition that they can overlook. So just as how the UFC keeps top stars like Conor McGregor for major PPV events, similarly Rousey should only perform at WWE special events. Basically, she should be used as a PPV attraction like Brock Lesnar with a part timer’s schedule.

One of the most important aspects of running a wrestling business is knowing what the crowd wants, which the creative team has failed on a number of occasions. If it’s good for business to turn Rousey a heel, then they should take the step without any hesitation. But this may not necessarily give Ronda negative response but also may receive cheers as in this modern era of wrestling fans don’t hesitate to cheers the bad guys as well.

More importantly, the female wrestler should struggle to get a match against Ronda Rousey just the way the UFC fighters struggle to get a fight against Conor McGregor. She should be made the Women’s champion and call her fights as the ‘money fight’ that the wrestlers want. Moreover, she should hardly get hurt in a fight, which would make her look more powerful than any other female wrestlers on the roster.

Ronda has the opportunity that many could only dream off. With the right training and creative support, the former UFC Champion can be a legend in the business and promote the women’s wrestling to the top. We can expect only great things from ‘Rowdy’ as we saw her greatness in the Octagon.

Previous article
UFC:With UFC changing Fight Night Moscow to pay-per-view,UFC 228 might be in Moscow,Russia
Next article
ONE CHAMPIONSHIP HOSTS OPEN WORKOUT WITH ONE FEATHERWEIGHT AND LIGHTWEIGHT WORLD CHAMPION MARTIN NGUYEN