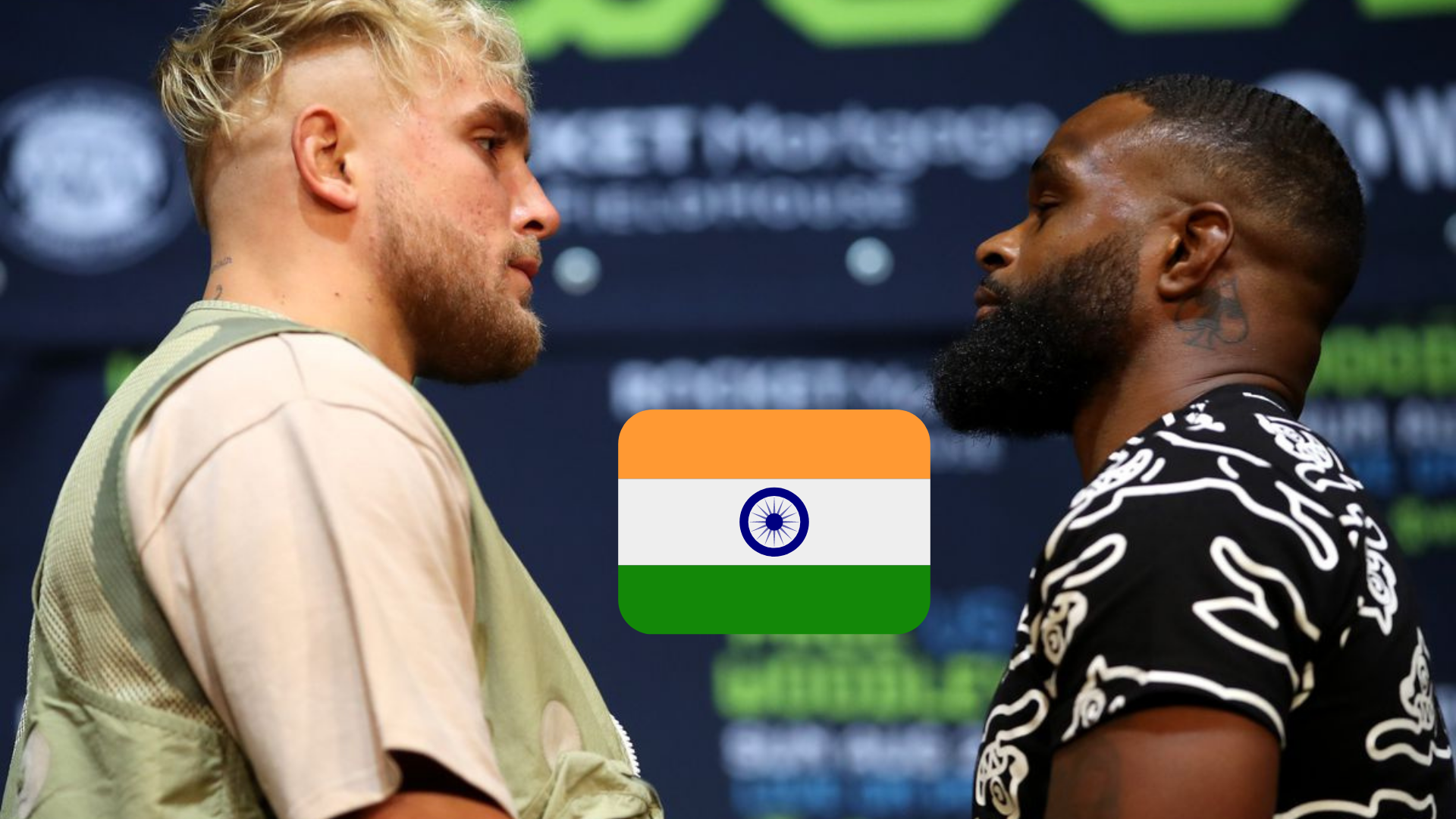 The combat sports community is going to be treated with one of the most anticipated fights of this year on 29th August, when YouTuber-turned-professional boxer Jake Paul and former UFC Welterweight champion Tyron Woodley step inside the squared circle.

Jake Paul vs Tyron Woodley is expected to live up to its hype as one of the most popular faces of the internet is just days away from locking horns against one of the best mixed martial artists of this generation.

Knowing the fanbases, the social media star’s popularity, conjoined with the massive following that the former UFC titlist holds, is expected to make Paul vs Woodley a PPV success.

Furthermore, looking back at Jake Paul’s latest boxing victory against former multi promotion MMA champion Ben Askren clocked one and a half million PPV buys, making it one of the biggest fights in recent history.

If you’re either a Jake Paul fan or a Tyron Woodley supporter from India, chances are you are very much looking forward to this fight and here’s your chance to stream it live on 30th August by heading over to Fite.tv and buying the official PPV live stream for $14.99 (₹1112.22)

Jake Paul is continuing his professional boxing career against non-boxers, and the 24-year-old has a chance to make his record to 4-0 if he can secure a win over Tyron Woodley on Sunday, and Jake himself wants to KO Woodley.

A former UFC welterweight champion who held the title across two years, Woodley has failed to clinch a win inside the Octagon since 2018 and has suffered losses in all of his last four fights against Kamaru Usman (at UFC 235), Gilbert Burns (at UFC Vegas), Colby Covington (at UFC Vegas 11) and in his last UFC appearance against Vicente Luque (at UFC 260).

Nonetheless, the majority of fight fans will have their odds on Woodley as while Askren was still favoured by many, the former wrestler was infamous to have the worst punching in MMA, while “The Chosen One” is a much tougher opponent for Jake.

Interestingly, while Jake’s support from the combat sports community may be lesser, he has received support from none other than Mike Tyson himself, who is a fan of Woodley as well but believes “The Problem Child” has the ability to knock out the former UFC champ.

“Jake’s gonna beat him. Woodley’s not a puncher like that, that’s why he wants to fight this guy, to get his last payday probably,” Tyson said on his podcast. (H/T BoxingScene)

Who do you think wins Paul vs Woodley? Let us know in the comments.

Previous article
WATCH: Khabib gets jumped by an individual, just to get an autograph!
Next article
Michael Chandler signs the contract for his fight against Justin Gaethje at UFC 268 on November 6