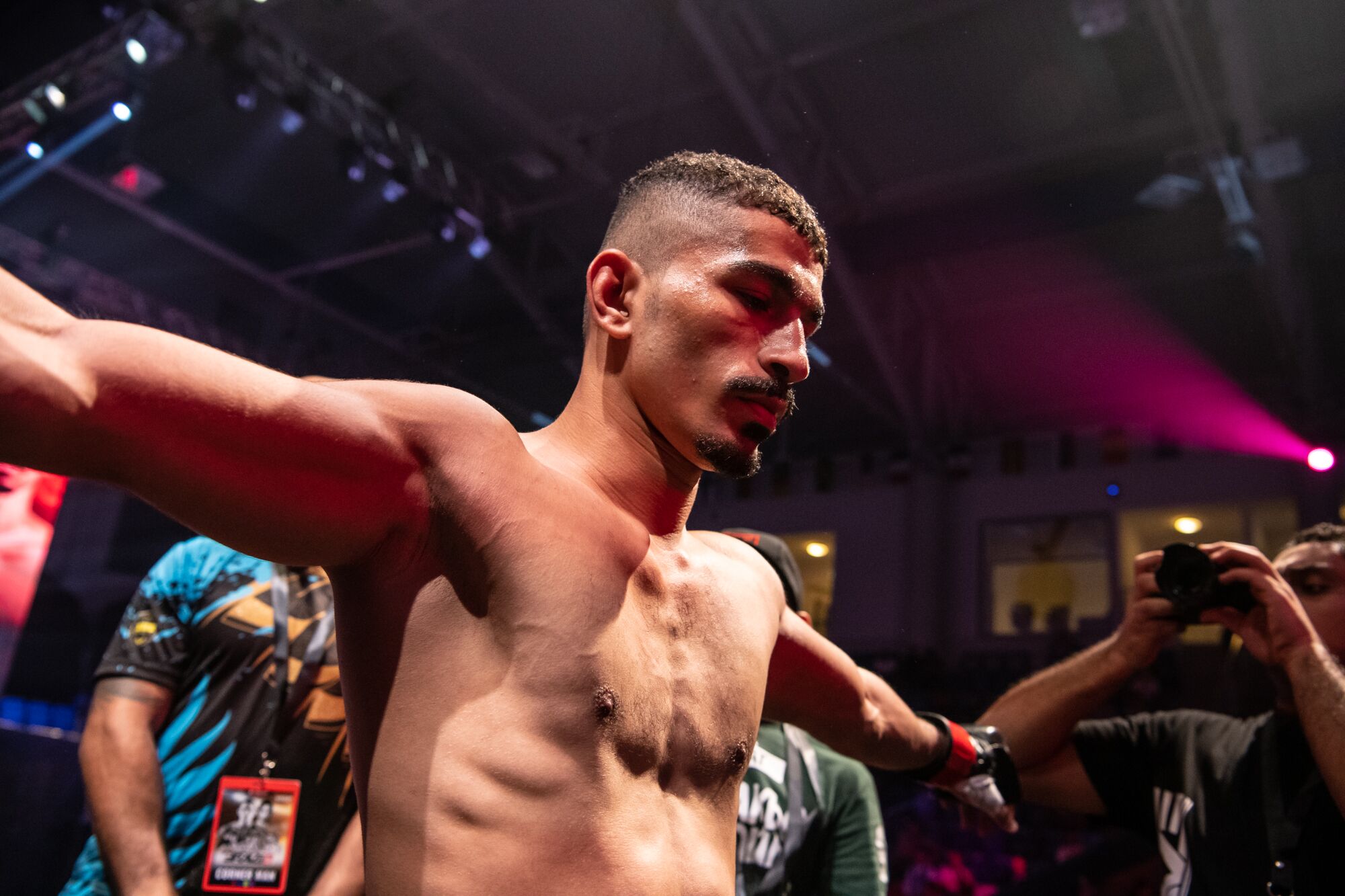 Flyweight contender Hussein Ayyad is looking to build a win streak on the back of his victory against Mohamed Abo Ali at Brave 18, back in November of last year. But in order to do so, “Iron” will need to beat Filipino warrior Jason Vergara in his adversary’s own hometown. They are set to collide at Brave 22: Storm of Warriors, which takes place at the Mall of Asia Arena, in Manila, on March 15th.
However, the prospect of fighting in his opponent’s backyard is encouraging to Ayyad, who guarantees the boos will spur him on in pursuit of his third professional win after a stellar amateur career.
“Personally, the challenge of fighting an opponent in front of his own fans makes me give a stronger push to win. I shouldn’t let the crowd affect me. I think it’s the opposite. I think it affects him. When I catch him with something, I’m sure his fans will blame him, and not me”, said “Iron”, in an interview with Bahrain TV last week.
When speaking of Vergara as an opponent, Ayyad admits he has created a specific gameplan to deal with the Filipino’s striking prowess. Hussain said he watched tape on Vergara and could sense his opponent will look to maintain the fight on the feet, which is ready to do as well.
“I always research my opponents and it wasn’t different with Jason Vergara. However, I couldn’t find enough videos on him, but from what I saw, I feel he trusts his striking game and uses a lot of his muay thai skills. So we developed a gameplan to deal with that, training to fix some of the mistakes in my previous fights. Hopefully, all the training will pay off and the fight will be easier because of the time I put in the preparation”, analyses Ayyad.
Brave 22: Storm of Warriors marks the first time the biggest MMA promotion in the Middle East lands in the Philippines. Bantamweight champion and local hero Stephen Loman headlines the historical fight card as he looks to defend his crown for the third time against Elias Boudegzdame. In the co-main event, SBG Ireland’s Cian Cowley looks for his third promotional victory against John Brewin.