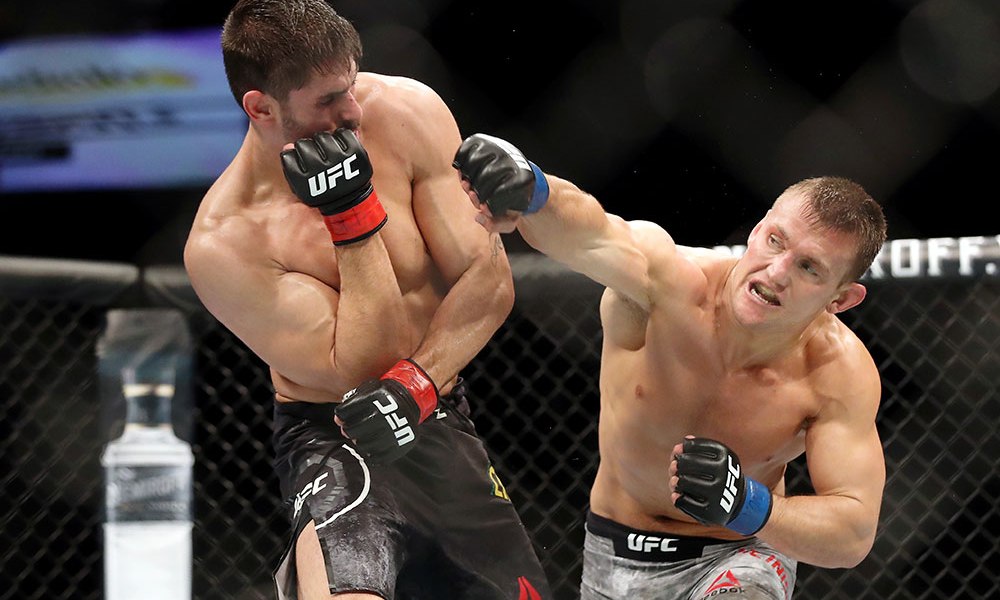 Ian Heinisch’s win-loss record now stands at 2-0 in the UFC following an impressive victory as he defeated Antonio Carlos Junior.

Heinisch has made his intention pretty clear after that. He wants to aim higher. He wants Derek Brunson.

“I just feel I can beat him, you know?” Heinisch said of Brunson to reporters at Blue Cross Arena. “I’m believing it, and once I believe it, you know, it seems to come true. I believe in that right now and just watching his fight didn’t impress me that much, and I would like to fight him.”

“Honestly, I was expecting a first-round finish, but he was just elusive,” Heinisch said. “He got at me in a bad position in the first round, but I’m no stranger to adversity. I weathered the storm and then going into the second round I just felt like that was all he had. I let him wear himself out a little bit and then I came out in the second, and I was like this is my time now.”

Heinisch also commented on the next middleweight rankings :

“I think that’s going to get a number next to my name, hopefully by Monday, then I’m looking at a top 10. Jack Hermannson, man, he’s just killing it right now, and I’d love to get him. Derek Brunson, I’d love to fight him. So either one of those guys comes to mind,” Heinisch said. “But anyone in the top 10 will do. I want someone that, too we can really do something for the fans, because it’s kind of me fighting off these jiu-jitsu guys. It’s exciting, man, but obviously it’s not the most exciting fight, but I’m doing what I gotta do to win.”

Watch the full interview down below (Credits – MMAJunkie) :