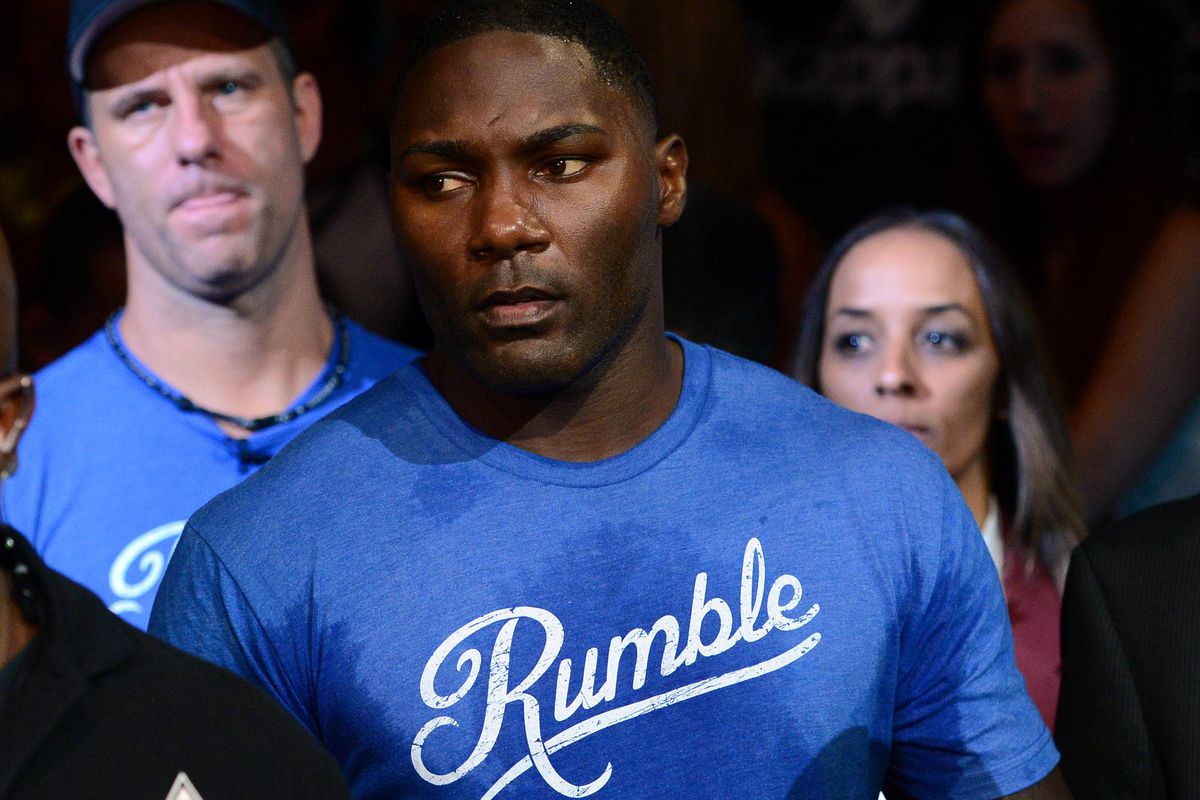 Anthony Johnson was arrested this month due to domestic violence charges. Anthony apparently picked up his ex-girlfriend and put him in a football hold. He claims to have done it without any ill intention in his mind. He said he did it to get her away from him during an argument they were having.

“Anthony Johnson, if he hits you, your grandkids are going to feel it,” Walsh told MMA Junkie on Wednesday. “He’s trying to deescalate her verbal argument. So he simply picks her up gently and puts her down. He simply did not want to argue anymore and put her in another room. That happens every day in America in domestic relationships. … It might be a domestic dispute, but it’s not domestic violence.”

What do you think of this situation?