If Conor and Khabib fight again Dana White will not maintain peace: This is the fight business! 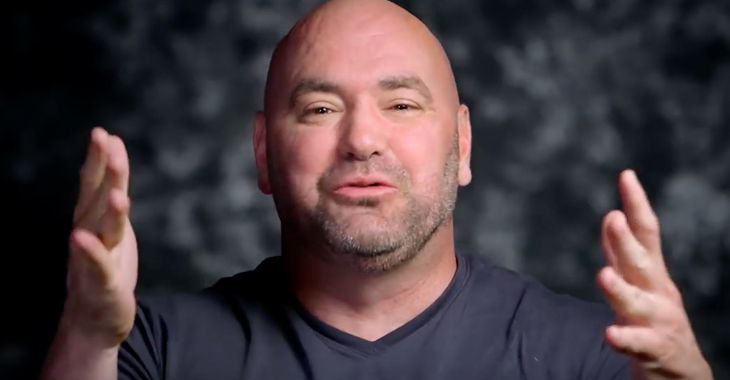 UFC 229 was one or if not the biggest event the UFC had over a long span of time as it featured a main event in between two phenomenal superstars of the game who have a bad blood within them.Conor Mcgregor coming to the fight was the biggest name the game has had ever seen or produced while his rival Nurmagomedov had his own aura being an undefeated fighter with a record of 26-0.

The rivalry got heated up this April when Khabib caught a sight of Artem Lobov before his UFC 223 encounter and grabbed him by the neck asking him about a previous incident where Artem had abused him in his native language.The incident caught the attention of Artem’s teammate Conor Mcgregor who rushed all the way from Ireland to NewYork to attack Khabib which resulted in him throwing a dolly at a bus in which Khabib was there with his teammates along with other fellow UFC fighters .The attack injured fellow UFC lightweight Michael Chiesa and Flyweight Ray Borg.So both the fighters had a heated rivalry between them coming off to their fight scheduled on UFC 229.Khabib emerged victorious on a one sided dominating performance against Mcgregor and finished the fight via a neck crank in the 4th round.Following the end of the fight all hell broke loose when Khabib jumped the walls of the octagon to attack Conor’s teammate and cornerman Dillon Danis while another brawl started in the octagon with Khabib’s teammates and Conor throwing punches at each other .

The event was quite successful as it generated a gate of 17,200,000$  but the post fight controversy created a black spot on the sport and the event.UFC boss Dana White had strong words regarding the post fight events in a post fight conference. Offlate in a recent interview to ESPN Dana White had said that he won’t limit the trash talk in between Conor and Khabib even if they get scheduled for a rematch.

“Well my philosophy on this stuff is that this a fight. Since the beginning of time people have said mean things to each other in a fight, no matter what. Muhammad Ali called Joe Frazier an Uncle Tom, back when that was one of the worst things you could say to a guy. He called him a gorilla; ‘it’s gonna be a thriller and a chiller when I get the gorilla in Manilla,’ and things like that. And for the rest of his life, Frazier hated Muhammad Ali, hated him for the things that he said about him. This is not the nice business, this is the fight business. This wasn’t the first time that mean things were said to another person and it won’t be the last.”

On being asked about a potential rematch between Conor and Khabib Dana said,

“I don’t know if the immediate rematch happens because we got to see what the Nevada State Athletic Commission hands down in December when that hearing happens. So I’m not even thinking about that, I’m thinking about possibilities in the future but, right now, not even worth thinking about until we find out what happens in Nevada.”

Well the Nevada State Athletic Commission(NSAC) had already voted to issue temporary suspensions for both Conor and Khabib and ordered them to appear in person for a further hearing in December to resolve the case.