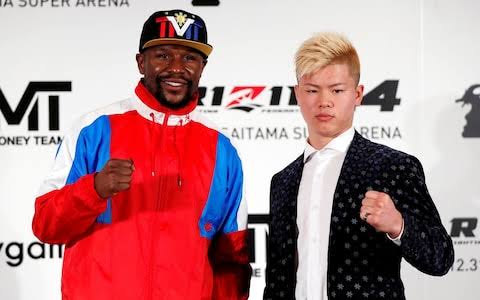 Floyd Mayweather took the MMA community by storm by announcing his comeback to take on kickboxing sensation and technical prodigy Tenshin Nasukawa under the RIZIN banner in Saitama, Japan on December 31.

The specific rule set for the fight is yet to be announced. Nasukawa however is undefeated (27-0) in kickboxing and undefeated (4-0) in MMA as well. Nasukawa last defeated former UFC veteran and title challenger Kyoji Horiguchi in a kickboxing fight last September. 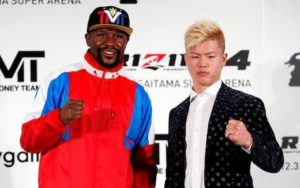 If MMA components especially kicks and takedowns or submissions are allowed, it could be a bad night for Mayweather keeping in mind the elite kickboxing background of Nasukawa. Mayweather will have to train according to the rule set.

However, if you were anticipating Mayweather’s MMA debut, you may have to wait for quite long. As due to multiple sources, the bout is speculated to be a strictly boxing exhibition with as short as three rounds.

Logically it might ensure fair functioning of the fight as Mayweather is used to utilizing only a limited skill set being punches. Mayweather has been out of action for around 15 months since his victory over arch rival Conor McGregor in a boxing super fight back in August 2017.