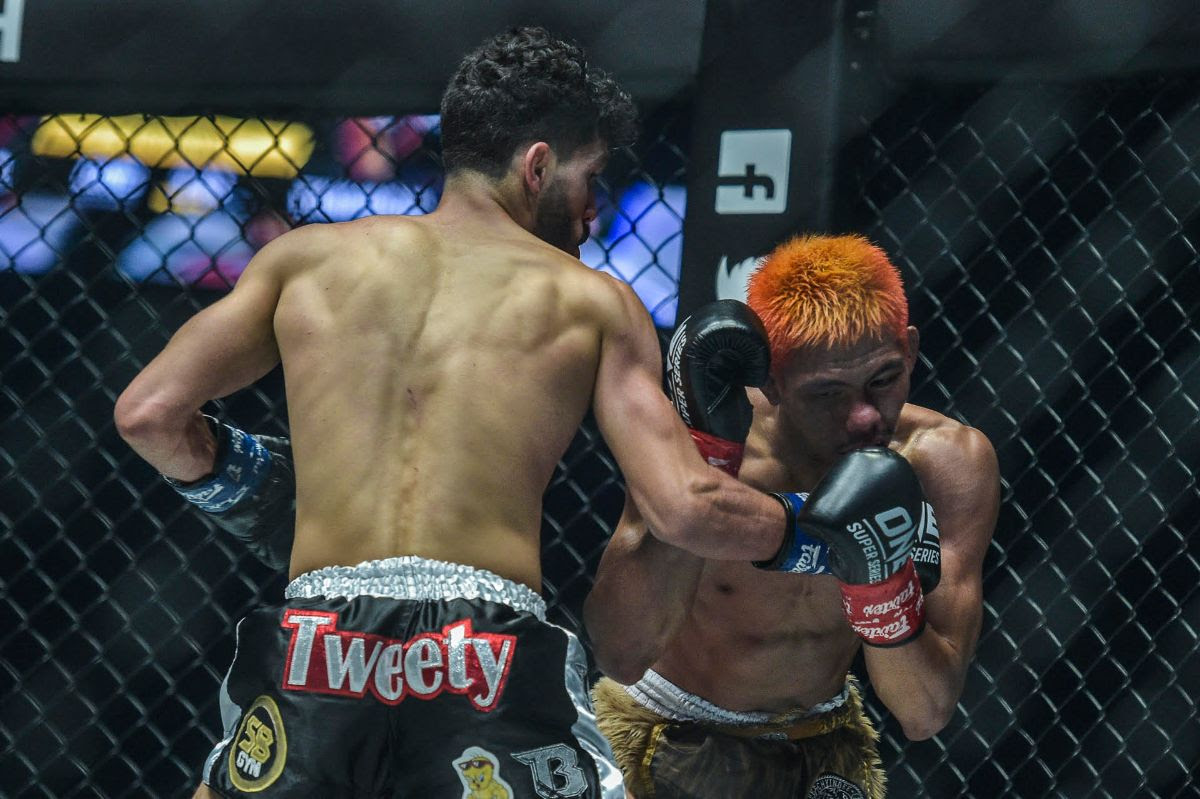 The largest global sports media property in Asian history, ONE Championship™ (ONE), once again delivered a spectacular evening of world-class martial arts action. ONE: DREAMS OF GOLD, which took place at the Impact Arena in Bangkok last Friday night, 16 August comprised of compelling match-ups and thrilling finishes. In the main event, Ilias Ennahachi of the Netherlands stopped local favorite Petchdam Petchyindee Academy of Thailand to capture the ONE Flyweight Kickboxing World Championship. 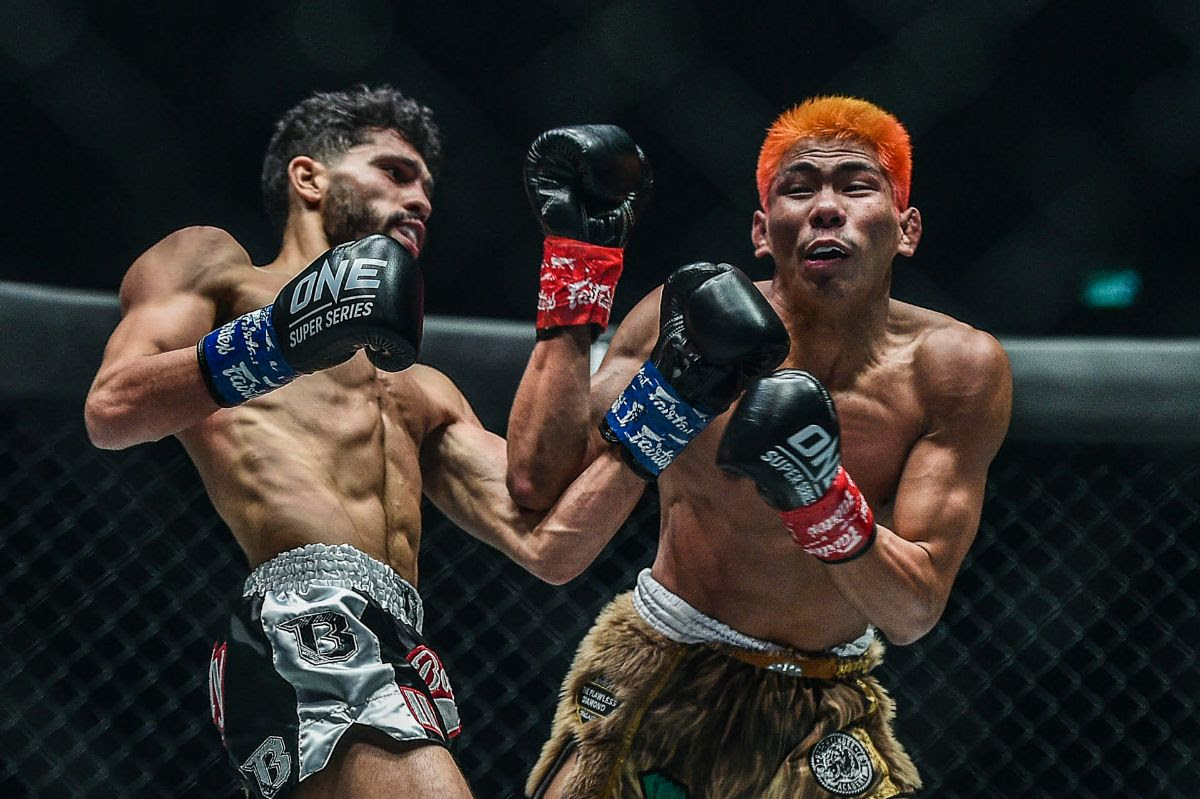 In the main event, Ilias Ennahachi of the Netherlands left the Thai crowd stunned after dethroning Petchdam Petchyindee Academy by third-round knockout to become the new ONE Flyweight Kickboxing World Champion. Following a tempered opening round, Ennahachi picked up the pace in the second with some crisp boxing, tagging Petchdam with solid combinations. Although Petchdam was game all throughout the contest, Ennahachi finished the job in the third round, overwhelming the Thai star with even more punches to earn the knockout victory. Ennahachi, in his debut, became the first man to stop Petchdam on the ONE Super Series stage. 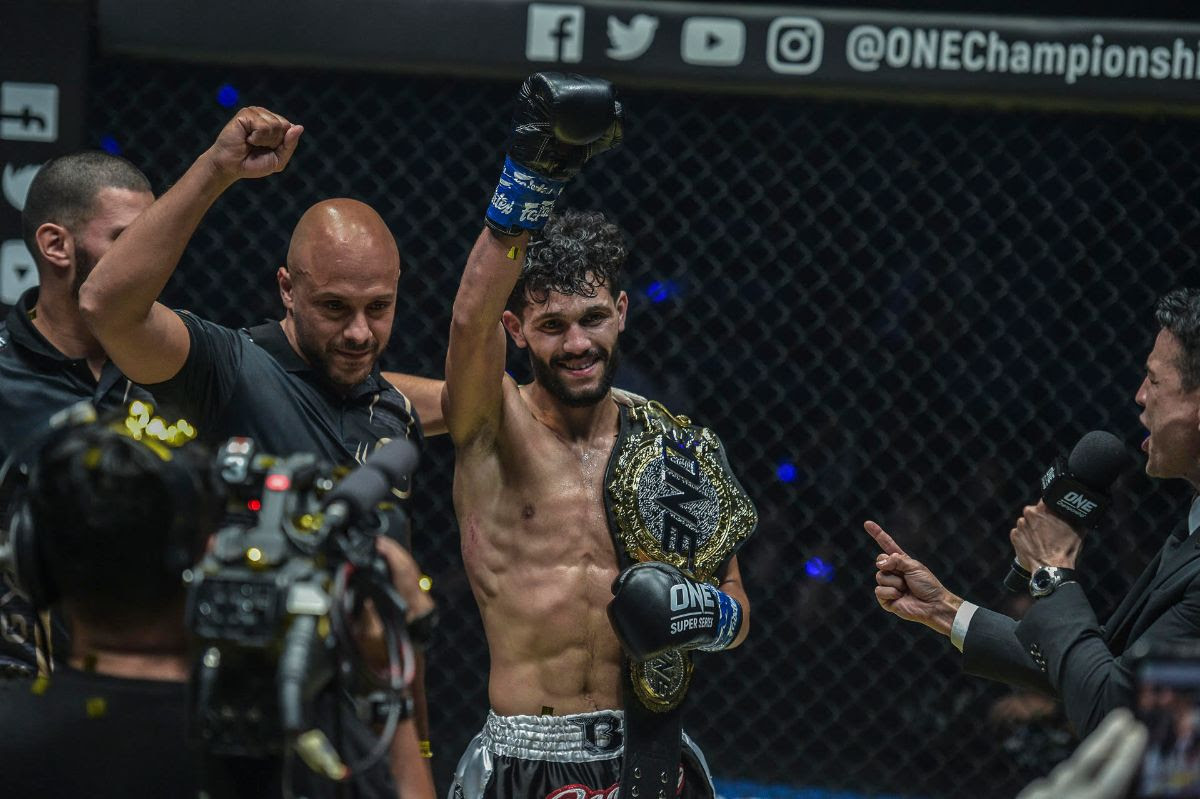 Kickboxing icon Giorgio “The Doctor” Petrosyan of Italy stormed into the Finals of the ONE Featherweight Kickboxing World Grand Prix with a fantastic first-round knockout win over “Smokin” Jo Nattawut of Thailand. In the highly-anticipated rematch, Petrosyan and Nattawut stood toe-to-toe in the opening moments of the bout, with both strikers trading blows. With just seconds left in the round however, it was Petrosyan who was the last man standing, after connecting on a stiff left straight that separated Nattawut from his senses.

Two-sport World Champion Stamp Fairtex of Thailand made a successful return to mixed martial arts with a third-round submission win over India’s Asha “The Knockout Queen” Roka. After already showcasing her striking prowess by capturing the ONE Atomweight Muay Thai and Kickboxing World Championships, Stamp displayed her improving ground game by taking Roka down and controlling her on the mat. In the third and final round, Stamp sent the Thai crowd into a frenzy by locking in a rear naked choke and forcing Roka to tap out.

France’s Samy “AK47” Sana punched his ticket to the ONE  Featherweight Kickboxing World Grand Prix Finals with a dominant decision victory over Russia’s Dzhabar “Genghis Khan” Askerov. It was all Sana throughout the three-round contest, as the towering Frenchman controlled the center of the ONE Circle and picked Askerov apart with punishing combinations. A knockdown in the opening round set the tone for Sana, as he never looked back and secured the biggest win of his ONE Super Series career so far.

Former ONE Strawweight World Champion Alex “Little Rock” Silva of Brazil returned to the winner’s circle with a second-round submission win over Indonesian star Stefer “The Lion” Rahardian. The submission specialist Silva brought the action to the ground early and wasted little time in looking for a submission. A high-level grappler in his own right, Rahardian managed to survive the Brazilian’s attempts. With just seconds left in the second round, Silva’s grappling pedigree became evident as he locked in an armbar to force Rahardian to tap out just before the bell.

Three-time Muay Thai world champion Muangthai “Elbow Zombie” PK.Saenchaimuaythaigym put on a show in front of his home country of Thailand with a unanimous decision win over WBC Japan Muay Thai Champion Kenta Yamada. Muangthai was the aggressor as he battered Yamada with his signature elbow strikes throughout the three-round contest. Yamada had his moments and kept the bout competitive but in the end, it wasn’t enough as Muangthai pulled out the decision victory.

Vietnamese-American knockout artist Thanh Le remained undefeated in his ONE Championship campaign after knocking out former ONE Lightweight World Champion Kotetsu “No Face” Boku in the first round. The hard-charging featherweight capped off a three-strike combination with a right hook that landed flush on Boku’s chin, sending the former champion to the mat. Le followed up with one more hammerfist on the ground before the referee called a stop to the bout, giving Le his second-straight knockout victory.

Lerdsila Phuket Top Team of Thailand was victorious by technical knockout after an arm injury rendered Cyprus’ Savvas “The Babyface Killer” Michael unable to continue in the second round of their ONE Super Series Flyweight Muay Thai bout.

Russian top bantamweight contender Yusup Saadulaev was undeniable in his domination of former ONE World Title challenger “Ottogi” Dae Hwan Kim en route to a unanimous decision win. Saadulaev was in the driver’s seat for the better part of the three-round bout, taking Kim down and attacking him with strikes to coast to a crucial bounce-back win.

In an exciting flyweight contest, Cambodia’s Chan Rothana edged out Cuban fan favorite Gustavo “El Gladiador” Balart via unanimous decision. Rothana put his height and reach advantage to good use as he outstruck Balart, but the Cuban was nothing short of aggressive in using his superior wrestling to get the action to the ground. After three action-packed rounds, it was Rothana who was awarded the decision victory.

Muay Thai star Bangpleenoi Petchyindee Academy of Thailand thrilled the Bangkok crowd with a majority decision win over England’s Liam Nolan. The two world-class strikers put on a Muay Thai clinic for three exciting rounds, much to the delight of the fans in attendance at the Impact Arena. In the end, it was Bangpleenoi who walked away with the massive win in front of his home country.

Japanese strawweight Ryuto “Dragon Boy” Sawada continued to impress on the ONE Championship stage by picking up a first-round submission win over Filipino-Indonesian athlete Aziz “The Krauser” Calim. Sawada overcame a size and reach advantage as he muscled Calim to the ground in the opening round. The ONE Warrior Series contract winner put on a grappling masterclass as he swiftly got to mount and transitioned to Calim’s back before locking in a rear naked choke for the quick submission victory.

Russian striking sensation Alaverdi “Babyface Killer” Ramazanov made quick work of Serbian-American Ognjen Topic, winning via technical knockout in just the first round. Ramazanov picked Topic apart with a storm of punches and kicks en route to a trio of knockdowns in just the opening round for the flawless finish.

Chinese bantamweight contender Zhao Zhi Kang kicked things off in spectacular fashion with a second-round submission win over Indonesian Paul “The Great King” Lumihi. Zhao was dominant from the opening bell as he was able to neutralize Lumihi with his high-level grappling. In the second round, Zhao took Lumihi down with ease and locked in a rear-naked choke, forcing a tap within moments.