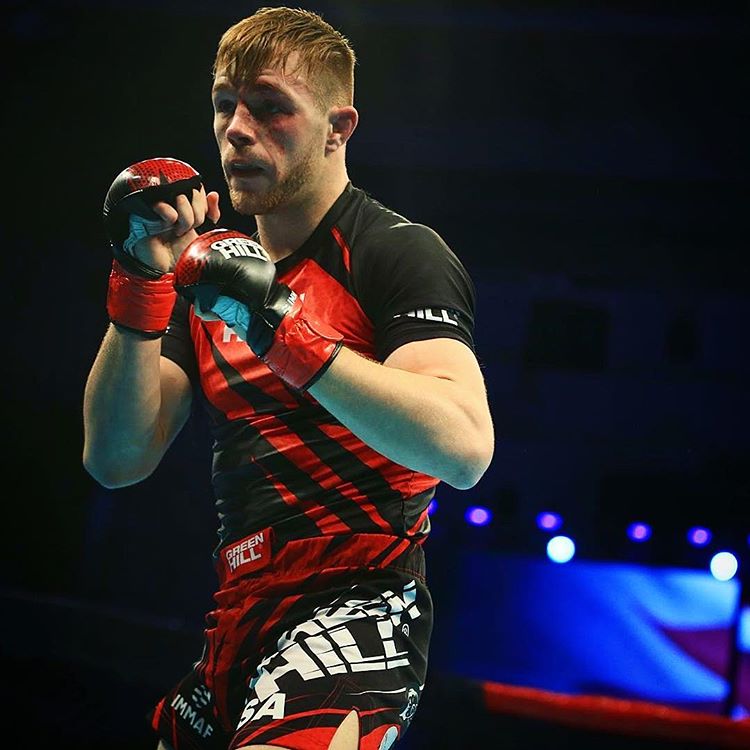 American Ben Bennett will make his professional MMA debut on next month’s Brave 13: Europe Evolution, set for Belfast, Northern Ireland on June 9th. While he will fight professionally for the first time, Bennett has extensive experience in the amateur ranks, having been crowned IMMAF world champion in 2017, in Bahrain. It was there that he decided to sign for Brave Combat Federation.

Bennett reveals that he had the opportunity to get a backstage pass to Brave 9: The Kingdom of Champions when he was happy to see how the promotion worked. A meeting with His Highness Sheikh Khalid bin Hamad Al Khalifa also helped make up his mind about Brave.
“I chose to sign for Brave to make my professional debut after attending Brave 9. I met His Highness Sheikh Khalid and other top officials and they were all very nice to me, and seemed trustworthy people, which means a lot to me. I got to see the behind the scenes and really liked the way the organization works and how much effort goes into each event. I was very intrigued with how Brave keeps growing consistently online and gathers a great fan base with each event, and they caught my attention with that. After I became world champion there were a lot of promotions after me, but I wanted to sign for an organization that wanted to grow together with me and that’s Brave” says Bennett.
The Alaska native will be competing against Adam Byrne, who’s also making his professional debut. However, Bennett says going through the amateur system has given him enough experience to not feel any pressure going into his first fight as a pro.
“I feel I have made the best use possible of the IMMAF system. I have been with them since their first few events and, after trying for four years, I was finally able to become world champion at amateur level. I used this time in the amateur scene to build a large following and took the time to learn from my losses and from the mistakes I made. I’m leaving the amateur ranks with a 30-3 record so I’m more than ready for my pro debut!”, guarantees “Alaska”.
Brave 13: Euro Evolution will be held at The SSE Arena, in Belfast. The main event will be a rematch for the Bantamweight title as current champion Stephen Loman tries to go 2-0 against challenger Frans Mlambo. The co-main event is set for a Catchweight of 73 kg between former UFC fighter Norman Parke and Myles Price.
Northern Ireland will become the ninth country to host a Brave Combat Federation, after Bahrain, Brazil, United Arab Emirates, India, Kazakhstan, Mexico, Jordan, and Indonesia.
Brave 13 full fight card:
Bantamweight: Stephen Loman (c) x Frans Mlambo – For the title
Catchweight (73 kg): Norman Parke x Myles Price
Welterweight: Karl Amoussou x Rodrigo Cavalheiro
Flyweight: Andy Young x Bryan Creighton
Featherweight: Declan Dalton x Zack Zane
Catchweight (80 kg): Sidney Wheeler x Mohammad Fakhreddine
Lightweight: Abdul-Kareem Al-Selwady x Erik Carlsson
Middleweight: Konrad Iwanowski x Glenn Irvine
Middleweight: Chad Hanekom x Tarek Suleiman
Catchweight (73 kg): Cian Cowley Daniel Olejniczak
Catchweight (79 kg): Ben Bennett x Adam Byrne
Featherweight: Piotr Tokarski x Sam Slater
Featherweight: Aidan James x Tommy Martin