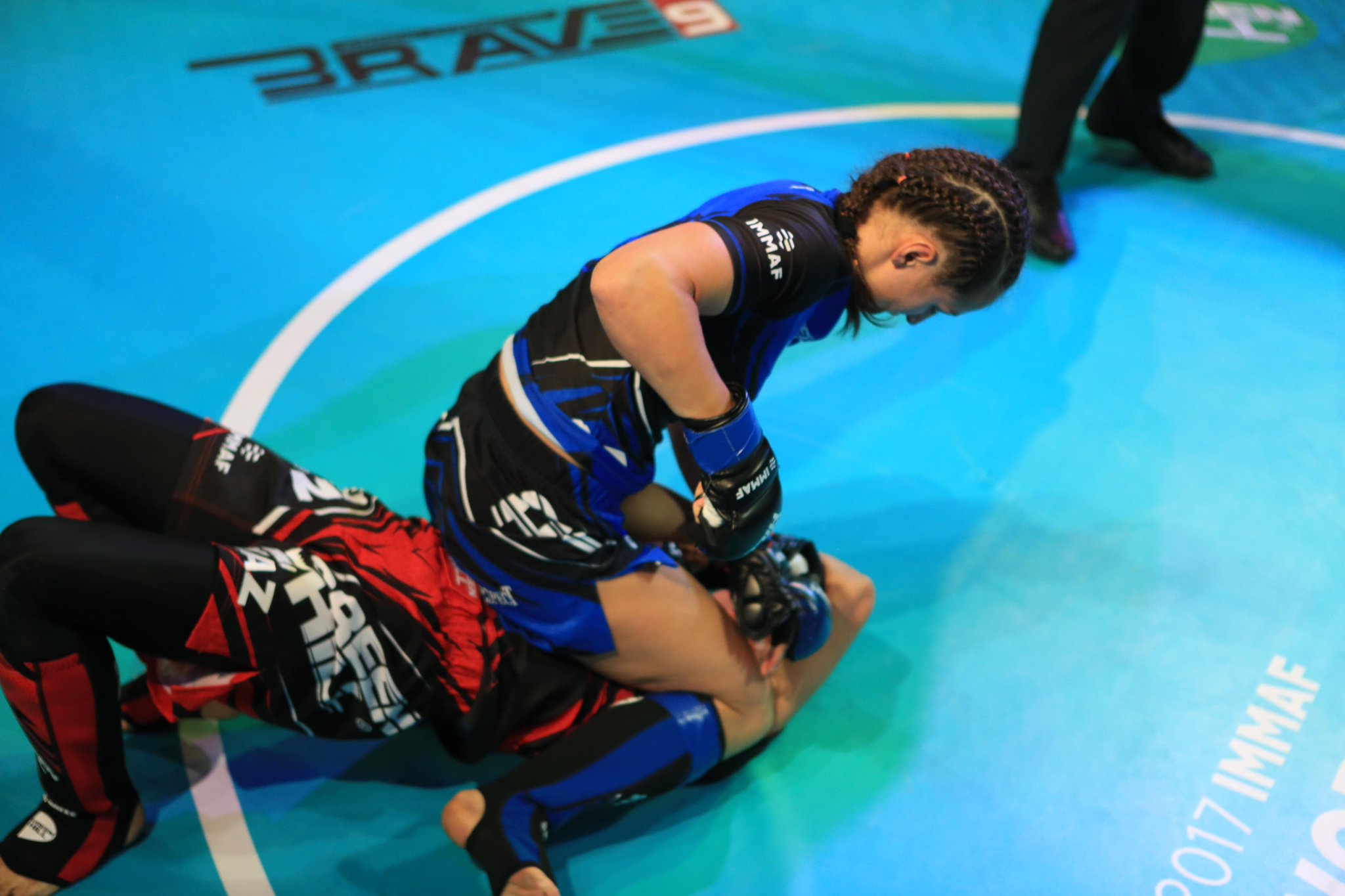 The third day of the 2017 IMMAF World Championships was pivotal for the Indian contingent. One more win separated the three athletes from a berth in the semi – finals and a guaranteed podium finish. With 9 out of the 12 fighters done with their duties in the tournament, it was upto the 18 year – old Nishigandha Rao, Shiva Raj — who was flying high after defeating his Pakistani opponent yesterday, and female lightweight, Divya Nagaraj.

The tournament only got tougher in the final 8, as the rough edges are now polished, with only the best moving forward to the final four. Nishigandha Rao started things off for the Indian contingent, followed by Divya and Shiva Raj.

Tough day in the office for India’s prodigal talent

The youngster opened the day for the Indian team, as she faced Anette Österberg from Finland. The Finnish fighter kept pushing Nishi on her back foot, forcing her to move towards her power right. Rao tried to get back into the fight by throwing jab/low kick combinations, but Anette managed to pile on the pressure, ending the first round in a dominant fashion.

Rao started the second round positively, standing and trading inside the pocket with Osterberg. However, it didn’t take long for Anette to push Nishigandha against the fence, and connect with a series of punches, forcing the referee to step in and call and end to the contest. Although Nishi was unable to win a medal, she put up a commendable performance during her first international MMA championships.

Winner: Anette Osterberg by TKO in round 2

In the second fight for the Indian team, Shiva Raj knew he was up against a stern test, as former medalist Yernaz Mussabek started as the firm favourite. In the first round, Shiva immediately took his opponent down, btu Yernaz showed excellent defensive guard, working from his back. While Shiva tried to rally with heavy punches, Yernaz managed to trap Shiva in a triangle choke, and when the Indian tried to fight out of it, went belly down with an arm bar. However, the gritty flyweight from India managed to take the fight into the second round.

The second round started much like the first, with Shiva keeping his distance, and immediately initiating a takedown from the close clinch. The Kazakistan fighter once again showed excellent offensive guard from the bottom, and once again trapped Shiva Raj in a triangle choke. While the flyweight tried to fight out of it, he succumbed to the submission, as India’s hopes for a medal now hinged on Divya Nagaraj.

The final fight of the afternoon for the Indian contingent witnessed Divya Nagaraj, who was making her IMMAF World Championships debut, face United Kingdom’s Kaycee Blake. Kaycee immediately pushed Nagaraj on the back foot, as both the fighters engaged in a standing clinch. Blake overpowered Divya, and took the fight to the ground, where she pounded on the Indian, forcing the referee to step in and stop the fight.

Winner: Kaycee Blake by TKO in round 1