In conversation with the rising Wrestling Star, Ritu Phogat 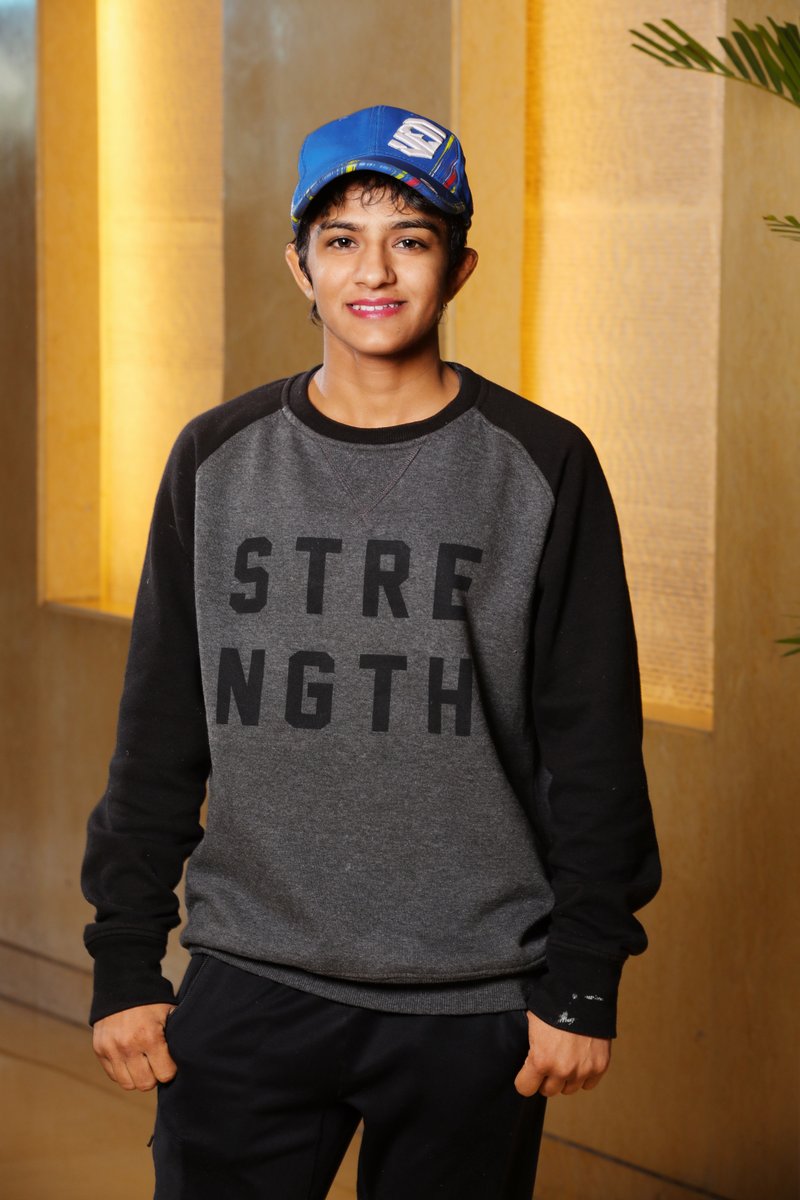 Beginnings are one of the strange and tricky things in wrestling. The movie Dangal does justice to my claim as the legendary coach Mahavir Singh Phogat realized that his daughters Geeta and Babita Phogat were meant to be on the mat when they beat up two boys.Describing the beginning of her sister’s journey to commonwealth gold medals Ritu, says

She recalls the time when they started training for wrestling. The two started when they were very young. They had a tough schedule, where they had to get up at 3:30 and go for tough drills. They tried their best to get rid of it but at the end of the day they didn’t really have much of an option.

In the movie Dangal it was shown that Geeta and Babita were subjected to a lot of taunts and snide comments when they started wrestling. Ritu however did not have to face anything like that. Ritu say that it was only her father and her elder sisters who had to face the unnecessary comments. For her the path was clear.

The major focus of the movie was on Geeta and Babita but most do not know that Ritu too started training with her sisters. She was seven when she took up wrestling, Geeta and Babita were 11 and 9 respectively when they did.

The fact that her sisters have managed to take Indian women wrestling to the next level and have captured gold medals on various platforms like the Commonwealth Games has lead to a lot of expectations from Ritu. Opening up about what exactly it’s like to carry the name Phogat to the Commonwealth Wrestling Championship gold medalist says

Ritu says that the fact that her sisters have gone on to take Indian women wrestling to a new high does add pressure. People expect the same from her. Apart from that she expects that she will be able to take the legacy of her family to a new high.

Peer pressure usually acts as a poison in the growth of an athlete but for Ritu it acts like a catalyst.

Ritu say that people expect me to go ahead of my sisters and achieve what they couldn’t. And I am ready to prove it to everyone that I am as good as my sisters Geeta, Babita and Vinesh. Hence I work harder.

Pro wrestling league returned with the Ritu being the most expensive wrestler as she managed to bag a contract of 33 lakhs. Her performance at the league wasn’t as impressive as people expected it to be. But people failed to notice that Ritu faced one of the best wrestlers of all time and her biggest challenge till date when she meet three time Olympic medalist   Mariya Stadnik.

Ritu in fact was glad that she could get an exposure to elite competition this early in her senior career.

Ritu Phogat walked out with the gold medal at Commonwealth championship in 2016. This was her first senior gold medal. When asked to describe the experience. Describing the experience Ritu said:

Winning a gold for your country makes you feel good. You also get to learn a lot. If you win you learn, if you lose you learn.

Ritu says that they’ll be soon having national trials for Asia wrestling championship. She is pretty confident that she will walk out with the win as she is the current national champion at 48 kg category. But at the same time she isn’t over confident and is working hard.

In India female sports aren’t promoted. There have been several cases where female athletes have given up their sporting career because of family pressure. Being from a family which supports her in her every step Ritu never really faced any of these problems but not every athletes gets the same support. Ritu had some words of encouragement for them.

MMA is gaining popularity. It has gone on to become one of the most popular combat sports. Ritu too is interested in trying her hands on it.

I won’t leave wrestling for any other sport. I want to spend my entire life wrestling. But yeah I would love to give MMA a try.

Ritu ends the conversation with a motivational message for her fans. Quoting her father she says that fix an aim and work with determination. If you start doing this you won’t ever lose.