One of the most notable fitness chains in the nation, CureFit, has stopped their MMA classes.

Although we reached out to the Bangalore-based start-up to get an official statement on the same, they were unavailable at the time for a comment.

Meanwhile, the members, who were left disappointed due to the removal of MMA classes, are currently staging protests through various social media platforms.

For the uninitiated, CureFit, previously known as Cult, was popular in the Indian MMA community and even boasts fighters like Govind Ale and Shankar Mehra as trainers. Though an official statement was not provided, CureFit tweeted out the following a few days back.

At CULT, providing the best workout experience in a fun and safe environment has been our top priority. MMA in its current form without BJJ is not doing justice to the format. Hence, we have decided to bring the curtain down on this format starting May 1, 2018. (1/2)

Don't worry though, we have several other formats to choose from. Do give them a try if you haven't yet, we are sure you will like them. If they don’t excite you, we will ensure you get your refund on the membership. (2/2)

Following the stoppage of MMA classes, a handful of members of CureFit reached out to The MMA India Show regarding the issue.

Shweta Bhosale, a member, told us that CureFit removed MMA due to the safety concerns involved and added that others who questioned the decision were getting their memberships voided.

“Cure Fit is removing MMA and the reason that they gave was ”MMA is injury prone”. I don’t understand which combat sport doesn’t have injuries!? The trainers who train us are best in what they do. It was informed to us all of a sudden that MMA will be discontinued. They didn’t even consult the members before taking a decision like that. What made Cult was the varieties of formats that it offers. And the most loved one was MMA. When people started questioning them on twitter, they discontinued the membership of a few without even informing them,” she said.

Meanwhile, another member Arnab Dey noted that he renewed his membership for MMA classes only. He also spoke about a survey which CureFit conducted.

“This is extremely heartbreaking as I have renewed my membership to do only MMA classes. They did a survey. Long back. And I asked for more MMA classes. As they have more boxing classes than MMA” he said.

Standing up for the trainers and the sport

Interestingly, while MMA is being sidelined due to being ‘injury prone’; boxing is still pushed as a major attraction. Not only this, the members are offered a new program called ‘Prowl’ which is a combination of dance and MMA drills. 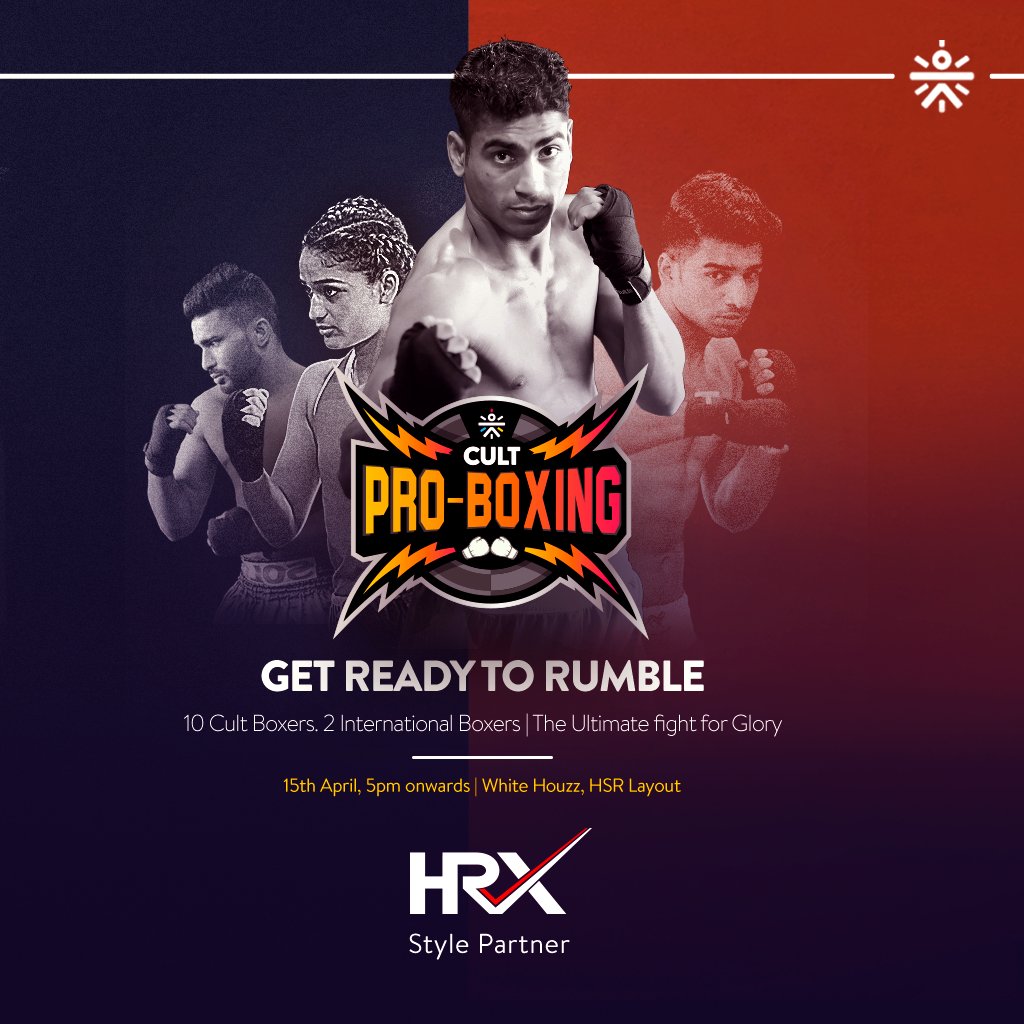 While Shweta tagged the program as a ‘joke’ and questioned it’s contributions to self-defence, Jyoti Das, who has also been a vocal supporter of MMA, gave another perspective of the story and spoke for the fighters who relocated to be MMA trainers.

“These guys are professional fighters who’ve all relocated to be MMA trainers. Suddenly they’re being asked to teach S&C and Prowl. MMA is their passion. This is what their identities are. We think it’s unfair to them.  Moreover, some of us had our memberships cancelled for speaking up against the format. It’s just not cool to spring this upon us. We were fighting for the sport and our coaches. And there’s nothing wrong in standing up for something we love,” Jyoti said.

Roshni, another member of CureFit and MMA enthusiast, had this to say on the issue:

We know MMA is an aggressive sport and still chose [to do] it. We also know there are chances of being injured. There are chances of being injured in their other activities like boxing, football etc. They have even terminated few clients memberships as well. We really want MMA back at Cult. We really love it and want it badly back at Cult. And we are not going to give up so easily

As mentioned earlier, we are still awaiting an official response from CureFit about the issue and the story will be updated when the statement is received.

Now that the incident has presented the Indian MMA community with a question of ‘How dangerous MMA is for the common man?’ the MMA India Show has decided to tackle topic in an in-depth manner.

So, watch this space for the second part of the article where we will try to break down the pros and cons of MMA as a fitness regime with inputs from gyms over the country and even outside of India.