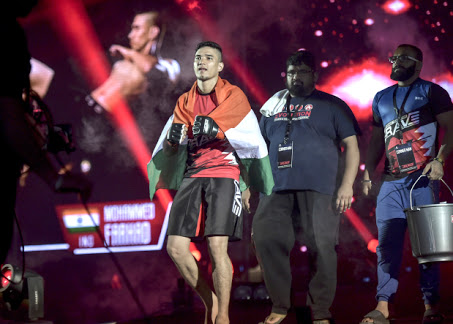 Kumite 1 League featured it’s inaugural edition with a stacked card as Team India took on Team UAE at the NSCI Dome in Mumbai today on September 29.

Both India and UAE being developing forces in the sport of MMA added to the excitement of the event. To add the cherry on the cake was the mere presence of K1L’s brand ambassador, former boxing heavyweight champion, the legendary ‘Iron’ Mike Tyson. The commentary booth also featured a familiar face as former UFC middleweight title challenger Nate ‘Rock’ Quarry called out the fights. The K1L ring called reaped the services of veteran and expert referee Dan Miragliotta.

What made the event more interesting was the scoring system. The mainstream 10 point must scoring system used all around the world was replaced by traditional Pride FC scoring system where the fighter is given a point for a significant strike and a takedown. The fighter with the most points wins. The points are displayed during the fight thus making a fighter try to go for a finish if he is lagging way behind. 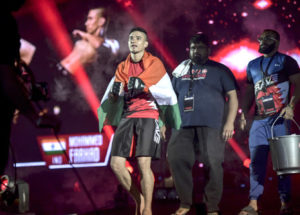 The night started with Abhishek Raut and Kushal Vyas getting important victories to open the tally for Team India.  The live telecast was started with Bangalore’s Yadwinder Singh representing Team India to take on Team UAE’s Khalid Alraimi. Yadwinder won the fight via points.

The bout was followed by Team India’s Govind Ale taking on Team UAE’s Mohamed Gamal. Ale landed a picture perfect left hook to steal the show. Another interesting fight was UFC and TUF veteran Hayder Hassan taking on highly regarded Hemant Wadekar. Wadekar had a weight advantage of 17 pounds, however it took only 30 seconds for Hassan to win the fight via first round KO.

Fifth fight on the card was Team India’s Hardeep Rai who took on UAE’s Mohamed Fawas. Rai fighting out of world renowned Jackson-Wink gym in Albuquerque was considered a huge favourite. He didn’t disappoint as he locked in the rare Von-Flue choke the get the victory. Von-Flue choke has been used only fot four times in the history of UFC, thrice by Ovince St-Preux and once by Jordan Rinaldi.

Fight No. seven featured fan favourite Judo king Kantharaj Agasa taking on UAE’s Amer Elshnshoury. The duo had a lot of bad blood coming into the fight however Agasa dominated the bout winning on points.

Finally it was the main event time as Mohammad Farhad defeated Abdel Malek via unanimous decision to give Team India the victory over Team UAE 6-3 on the main card.

However the post-fight press conference for the event was scrapped despite the media members waiting on them.

You can see some of the clicks from the event below: 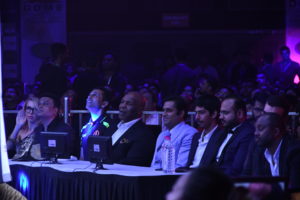 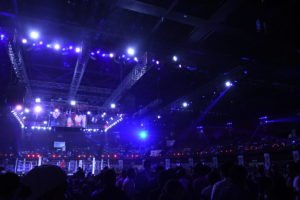 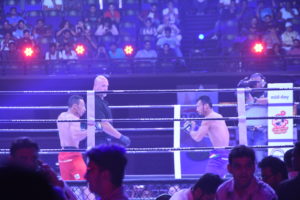 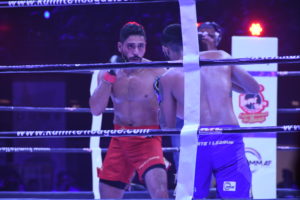 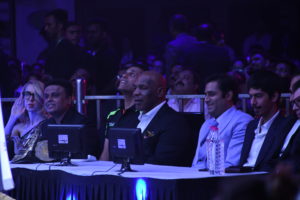 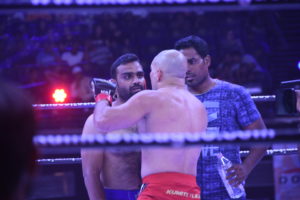 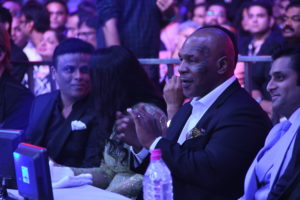 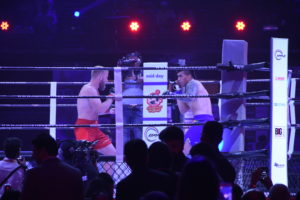 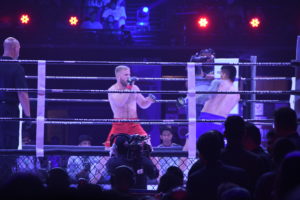 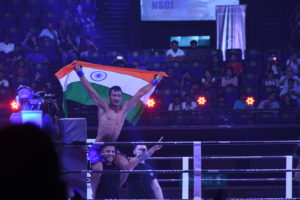 BJJ: Chaitanya Gavali and Kantharaj Agasa to lock horns in a super fight