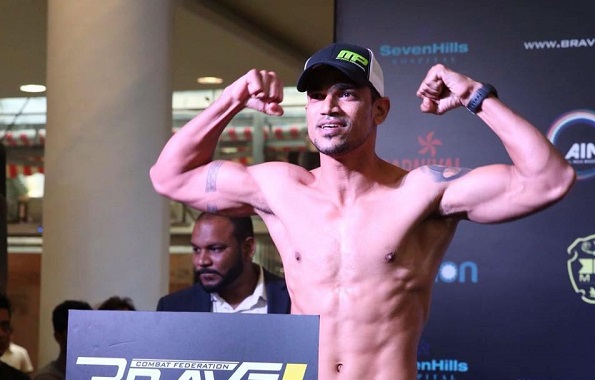 Indian MMA fighter Nelson Paes is set to fight at Phoenix 6 in Abu Dhabi in April. The event which will take place on April 5 at Du Forum, Yas Island in Abu Dhabi, will feature some of the best MMA fighters from the middle east.

The Goa-based Nelson will be going up against Chabane Chaibeddra in a Featherweight fight. The Indian star was chosen into the fight card after Chabane’s original opponent Ahmed Faress was forced to pull out due to an injury.

Faress was scheduled to return to action after a long layoff. In his last fight, Faress had secured a win against India’s Bharat Khandare at Brave 5. Unfortunately, the Egyptian’s comeback was derailed by an injury which in turn worked as a blessing for Nelson.

Nelson, meanwhile, is coming into the fight on the back of a loss at Yoddha Fighting championship against Afghanistan’s Fazil Rabi. Prior to this, he also fought at Brave Combat Federation’s Brave 5 where he was involved in a no-contest fight against current UFC star Rolando Dy.

The French fighter is one of the toughest opponents in Nelson’s career and it would be an interesting matchup between the two. Apart from training in his own gym, Nelson Paes Fight Club in Goa, Nelson has also been training in Thailand for the fight preparations.

Other fights on the card

The fight card will be headlined by Mohammad Karaki who will be chasing the gold against Salaheddine Dekhissi. In the co-main event, Hayder Hassan will fight Pavel Kusch.