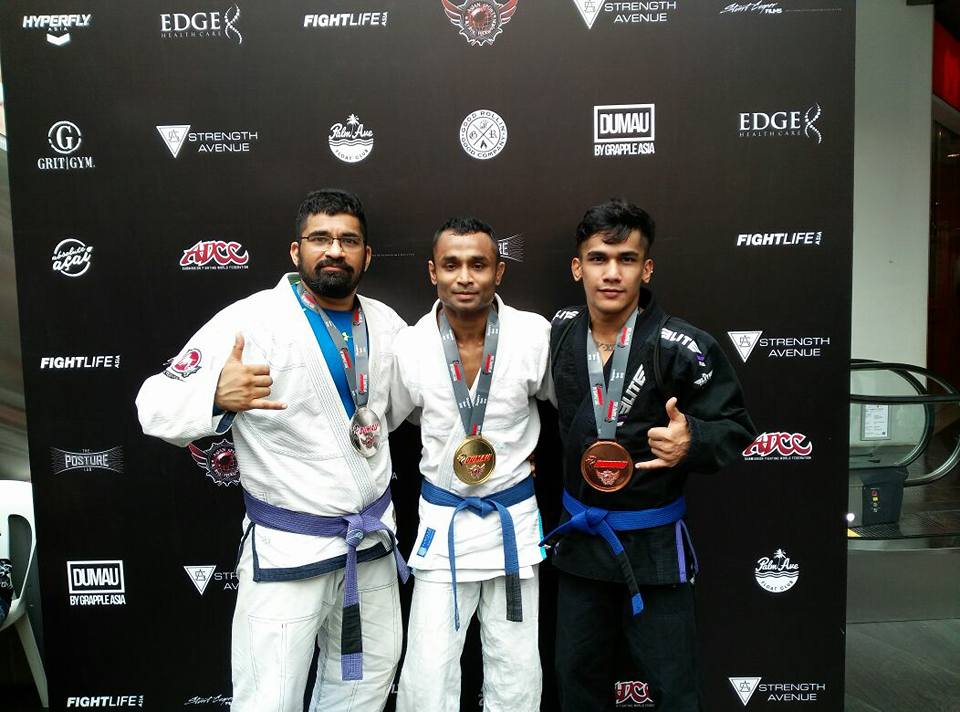 Team Relentless secured multiple medals at the ADCC championship and Damau Championship over this past weekend. The team consisting of head coach Jitendra Khare, Susovan Ghosh and Sunny Khatri first competed at the ADCC Singapore Open championship which was held on March 10th in Singapore.

The Damau Championship then followed on the next day. This time around, the team tasted gold through Susovan Ghosh. Jitendra Khare picked up silver at the event. Sunny, who fought three kilos lighter in this tournament, secured a bronze medal as well.

“The level of the sport is improving by leaps and bounds and we need to work really hard to keep up the pace. On a personal level, apart from the results, there were too many milestones achieved for me. I turn 40 this month and I’m 50 KGs lighter, the healthiest I have ever been and competing after a four-year hiatus. I couldn’t have been happier, “ Jitendra noted in an exclusive statement to the MMA India Show.

The next stop for Team Relentless would be the Carlson Gracie Cup which happens on 18th March 2018 at the Nimibutr National Stadium in Bangkok. This is the first time that the event will be held in Thailand and it will be part of the third international Thai-Martial Arts Games and Festival. The team had been training at the Fight G MMA Academy in Singapore ahead of these tournaments.