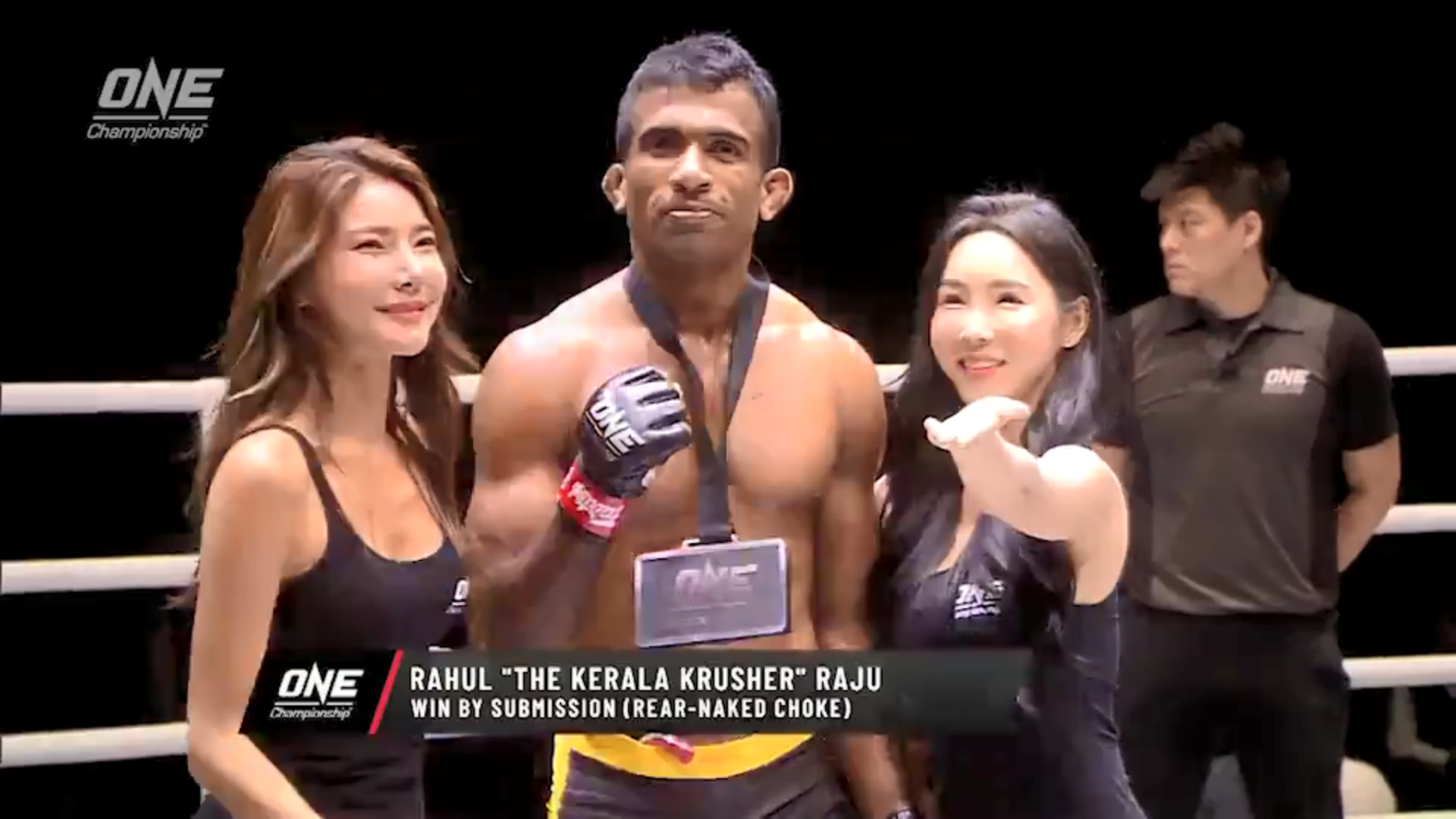 Indian MMA fighter Rahul Raju made the country proud at ONE Championship: Enter the Dragon event in Singapore as he won his fight against his opponent Richard Cormina from the Philippines via rear naked choke in Round 1 with just seconds remaining on the clock. 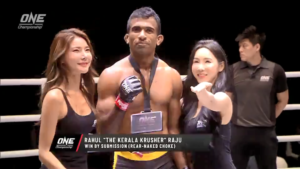 This was an extremely important fight for Rahul ‘The Kerala Crusher’ Raju who was coming off three consecutive losses in ONE championship. The fight started with both fighters throwing haymakers at each other. Although during most exchanges, the 6-foot-1 inch long Raju got the better of his Filipino opponent who was relatively small to Raju.

With just 1-minute remaining on the clock, the Filipino dropped Rahul Raju with a straight right hand, as Raju tried to get up, he got dropped again, but then Richard took the fight to the ground which was a bad idea, as it didn’t take long for Raju to take control of the fight in the ground and he managed to get behind Richard and submitted him via Rear Naked Choke with just 17-seconds remaining on the clock.

On the main card, Former UFC star Sage Northcutt got knocked out in the first round by Cosmo Alexandre in just 29-seconds in his debut fight under the ONE championship banner.

This is definitely a setback for ONE championship who were banking on Sage Northcutt to become the next American superstar under their banner.

Previous articleConor McGregor builds houses for homeless families in Dublin
Next articleVIDEO: Sage Northcutt gets OBLITERATED in his ONE Championship debut; Twitter reacts!