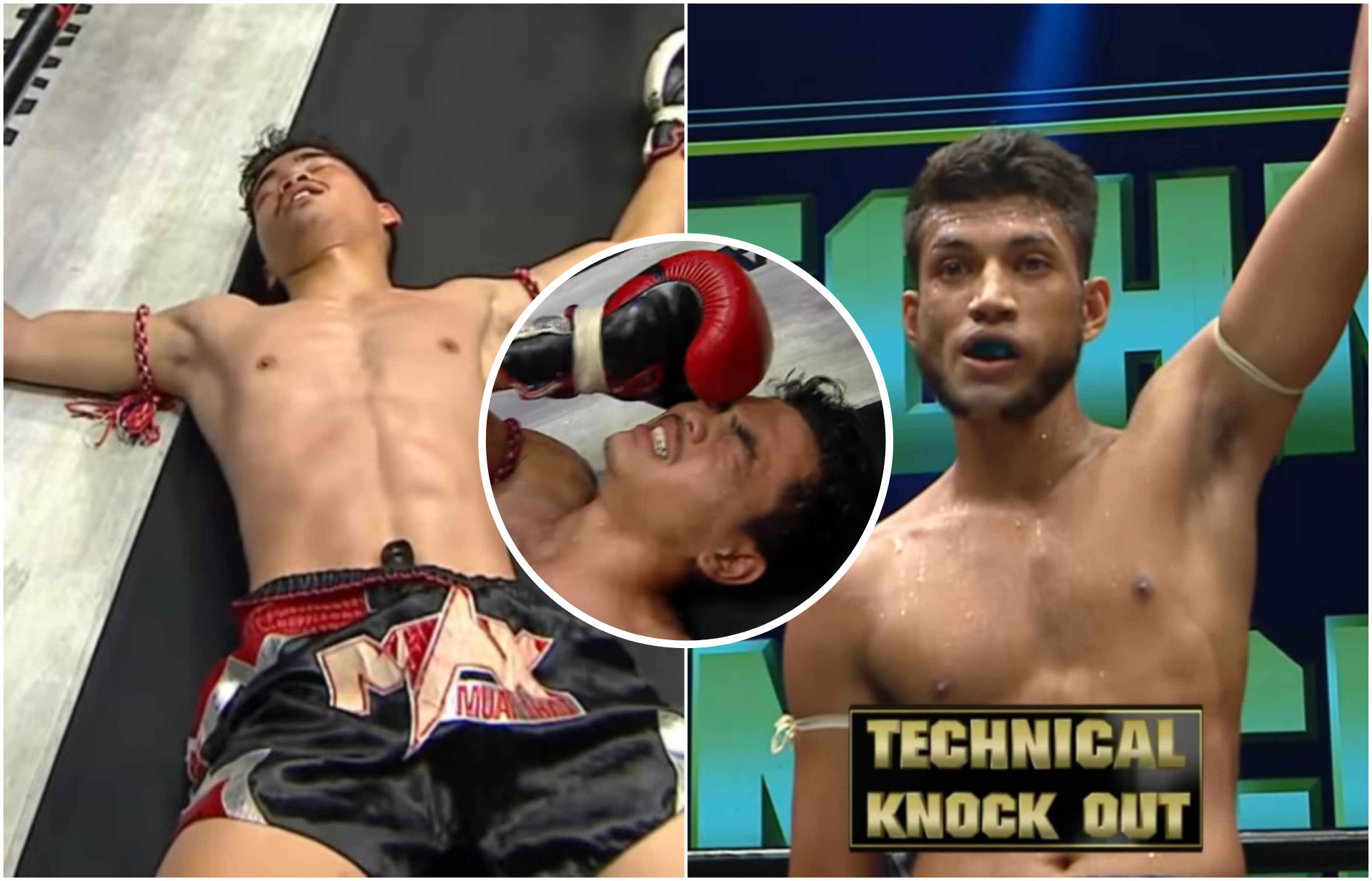 India’s Surya Kumar knocked out Sor Pornthip of Thailand in the first round at the Max Muay Thai event in Pattaya, Thailand.

The fight took place in the 65kg category. Surya Sagar entered the ring with a 14-6-2 record. On the other hand, the Thai fighter had a much higher experience inside the ring as he possessed a 31-5-5 record. The Indian had a 1-inch reach advantage over the Thai fighter.

Surya Sagar started the fight with an inside leg kick, then right cross combination that pushed Pornthip back to the ropes. Sagar then followed up with two back to back body kicks. As Pornthip opened up with his first leg kick, Sagar managed to catch it and tried to land a low kick of his own.

However, 20-seconds into the first round, Pornthip managed to land a crushing body kick, which didn’t faze Surya. Surya attempted to land a spinning high kick of his own but missed by a huge margin.

Over the next minute, both fighters went toe-to-toe landing body shots and kicks of their own. Sagar was getting the better of Pornthip as he landed some crushing elbows and combinations pushing the Thai back to the ropes.

Overall, Sagar showed the better ring generalship and was controlling the pace of the fight even during the clinches. In between the clinches, Surya Sagar managed to sneak in some nasty elbows and knees to the body. These tactics deployed by Surya were taking the breath out of Pornthip.

With just 30-seconds remaining on the clock, Surya Sagar sneaked in a nasty right elbow which staggered Pornthip. Subsequently, Sagar followed up with a barrage of elbows. However, a mean left elbow landed flush on Pornthip and took him out.

Pornthip fell flat on his back and after a couple of counts, the referee waved off the fight.