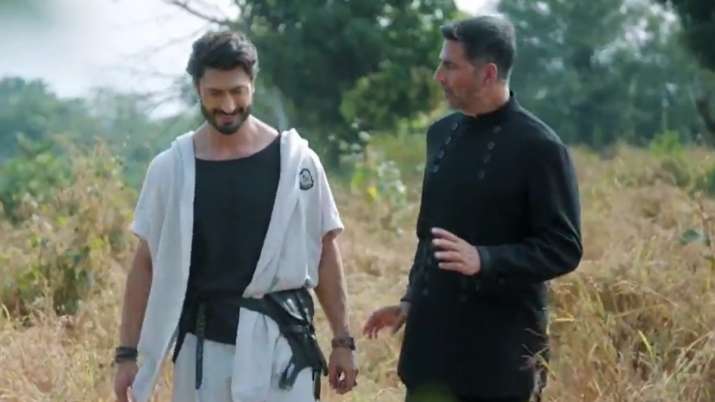 The third episode of India’s Ultimate Warrior kickstarted with a banger when Vidyut Jammwal who is the host of the show serves the role as the Dojo Master revealed the grand entry of Bollywood star and hardcore martial arts lover Akshay Kumar in the show on a helicopter. It was noted that he came into the show as the Guest. He assigned some tough tasks to the contestants and this marked the first time when Akshay and Vidyut shared the screen space. 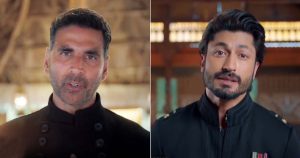 Addition of Akshay Kumar, who was the honorary Dojo Master for the episode charged up the athletes. During the show, he went on to share some unheard accounts from his struggling days in Bollywood.

It was previously noted that each of the episodes follows a theme, which contestants are tested for.  These include Control, Determination, Focus, Survival, Balance, and Rites of Passage. They are governed by an ultimate Warrior Code, which forms the pillar for each of the unique episodes.

Akshay Kumar then proceeded to present the contenders with some daunting tasks to test them on one of the most crucial warrior attributes which is Focus. A couple of wild card entries was also announced- Rohit Singh and Sneha Prakash.

Akshay conducted an empowering priming session. The contestants introduced themselves but in a unique manner, with a no-contact sparring session with the superstar. First task was a dangerous one -’Dead Drop’ where the athletes needed to drop off a 90ft. waterfall. Following the task, Rohit Singh and Pearl Monteiro bowed out of the show.

Akshay further put their mental focus to test through a ‘Tag Fight’ in which the contestant need to get hold of the tags of the opponents having to protect their own at the same time. Akshay then awarded Suchika Tariyal as ‘The Star Warrior’ for her incredible performance,  while Abhishek Mishra got eliminated. and also unveiled a big twist on the show that left the contestants and mentors surprised.

Vidyut Jammwal revealed that Akshay was impressed with the zeal and indomitable determination of the contestants. ‘Khiladi Kumar’ then announced to give INR 10 Lakhs from his side to the winner of the show. The action star would be giving out this prize to the contestant on earning the coveted title of ‘India’s Ultimate Warrior’ along with the designated cash prize by Discovery Network and an all-expense-paid lifetime opportunity to get trained at Tiger Muay Thai in Thailand i.e., one of the top martial arts centers in the world.

With the passage of every episode, it is becoming more engrossing for the viewers as the hunt for India’s Ultimate Warrior continues.