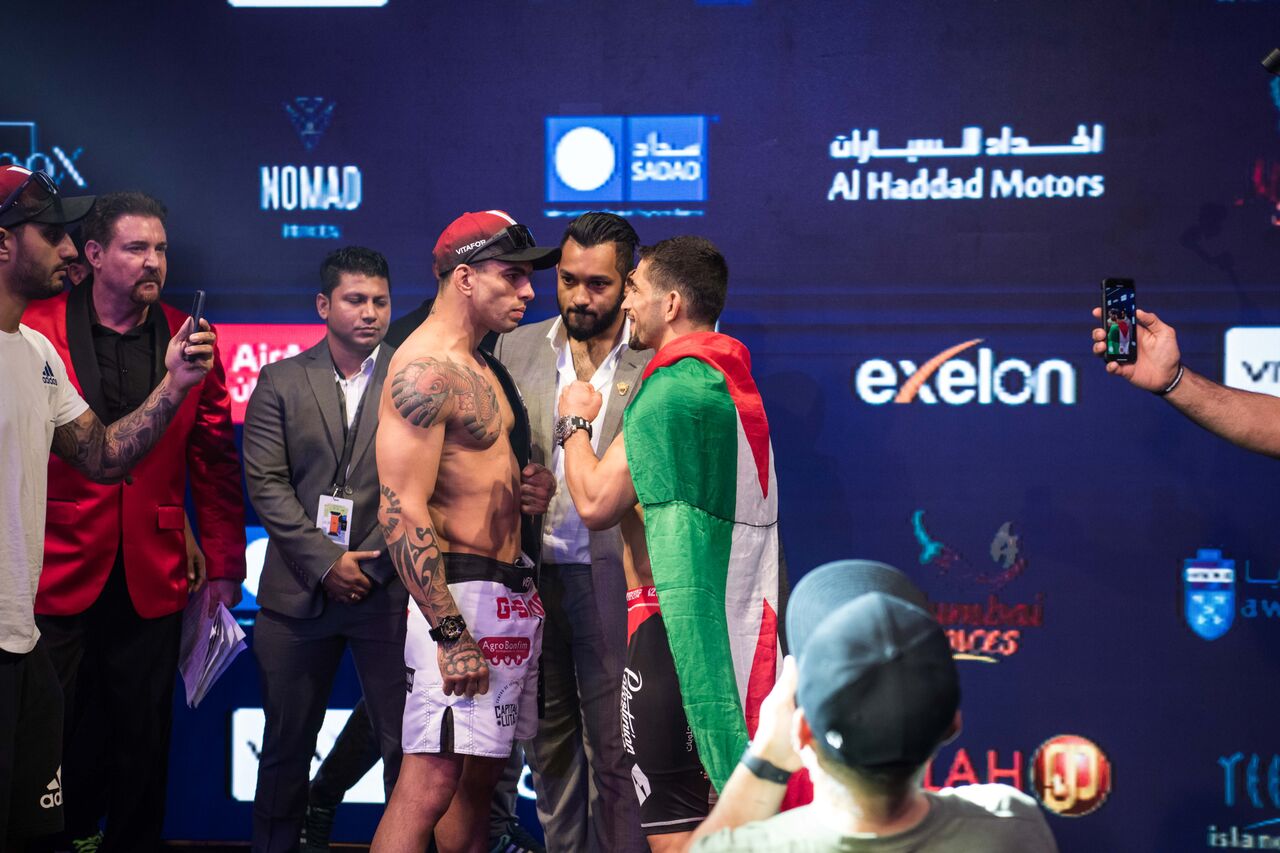 Brave Combat Federation held its ceremonial weigh-in for the historical Brave 18 this Thursday, in Isa Town, Bahrain, and there was no shortage of drama as intense staredowns, trash talk and even shoving were in full effect. The main event of the evening will see a title unification bout as interim lightweight champion Lucas “Mineiro” meets top contender Abdul-Kareem Al-Selwady. 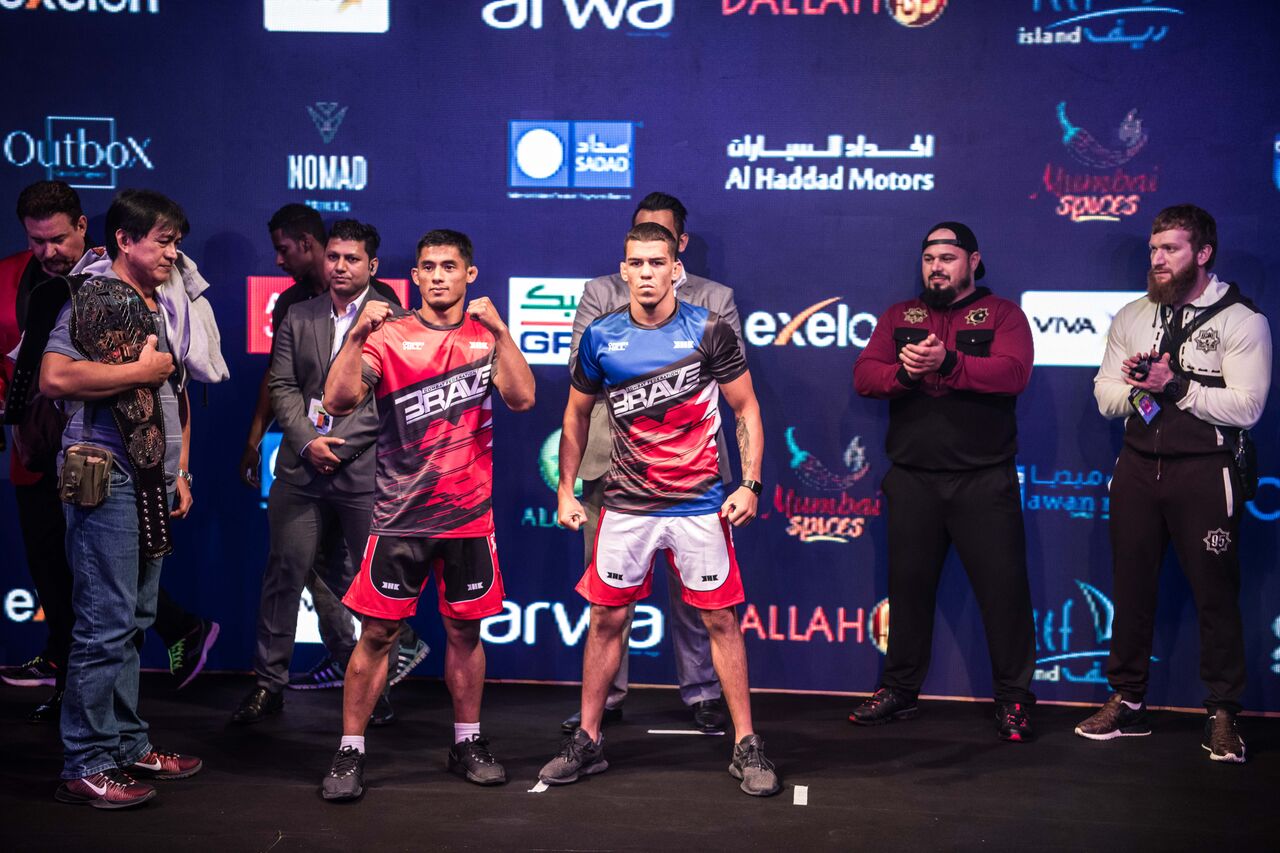 During their face-off, they provoked each other, with the challenger claiming he was taking the belt from his opponent and the experienced Brazilian responding with more trash talk.
In another tense staredown, flyweight title challenger Marcel Adur refused to shake Velimurad Alkhasov’s hands after offering a handshake. The Russian, who didn’t make weight and won’t become the inaugural flyweight champion in the event of a win, was irritated and shoved his opponent.

Meanwhile, bantamweight titleholder Stephen Loman faced off one final time with challenger Felipe Efrain in another intense staredown. Loman will make history with a win at Brave 18, as he will become the first-ever Brave champion to defend his belt two times consecutively.
Brave 18 is headlined by three title bouts, while stars Cian Cowley and Luan “Miau” Santiago will also be in action, as they face Hardeep Rai and Djamil Chan, respectively. 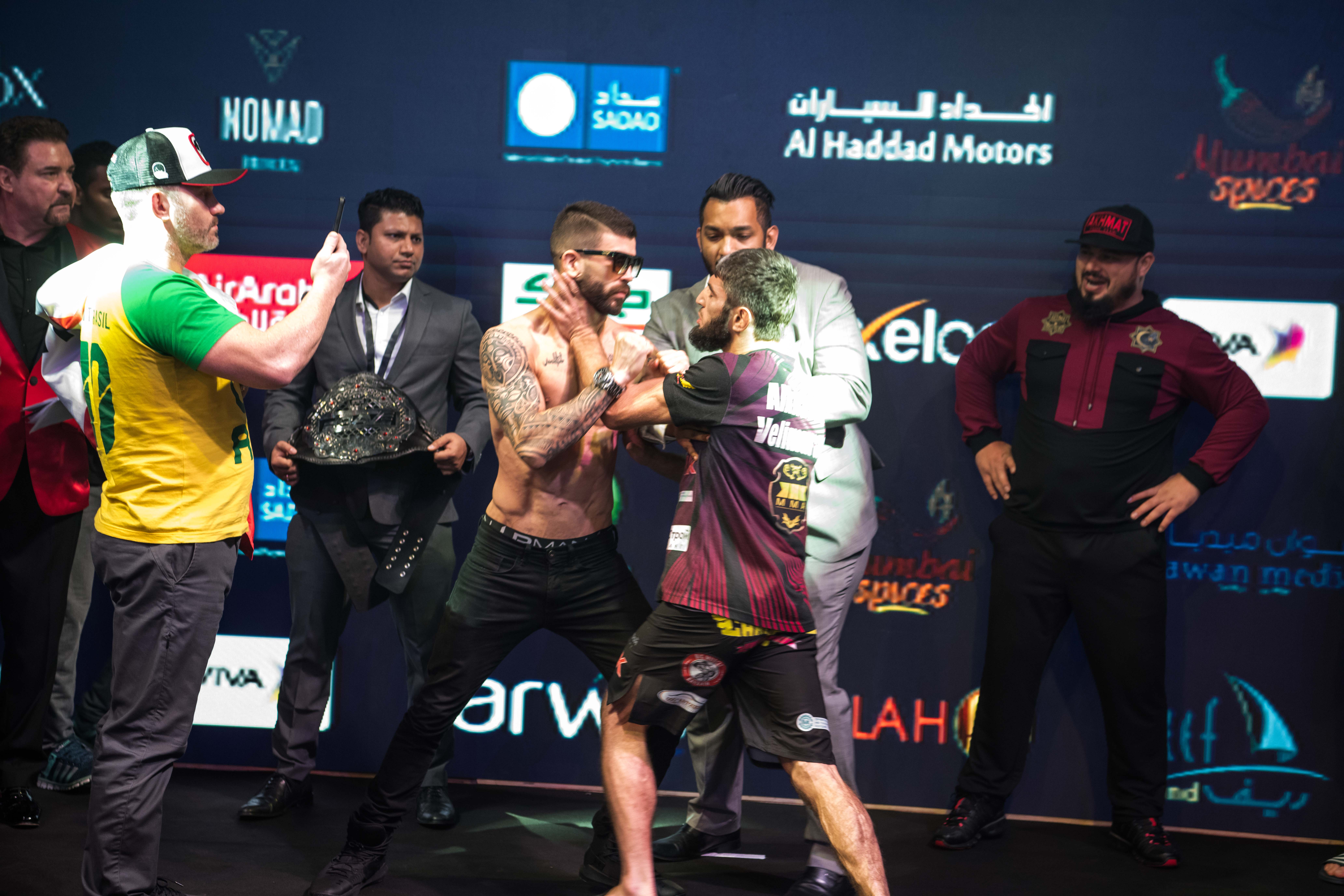 Previous articleYair Rodriguez faces 6 months on the sidelines after brutal war with Korean Zombie
Next articleDhruv Chaudhary : Friday Fighter of the week