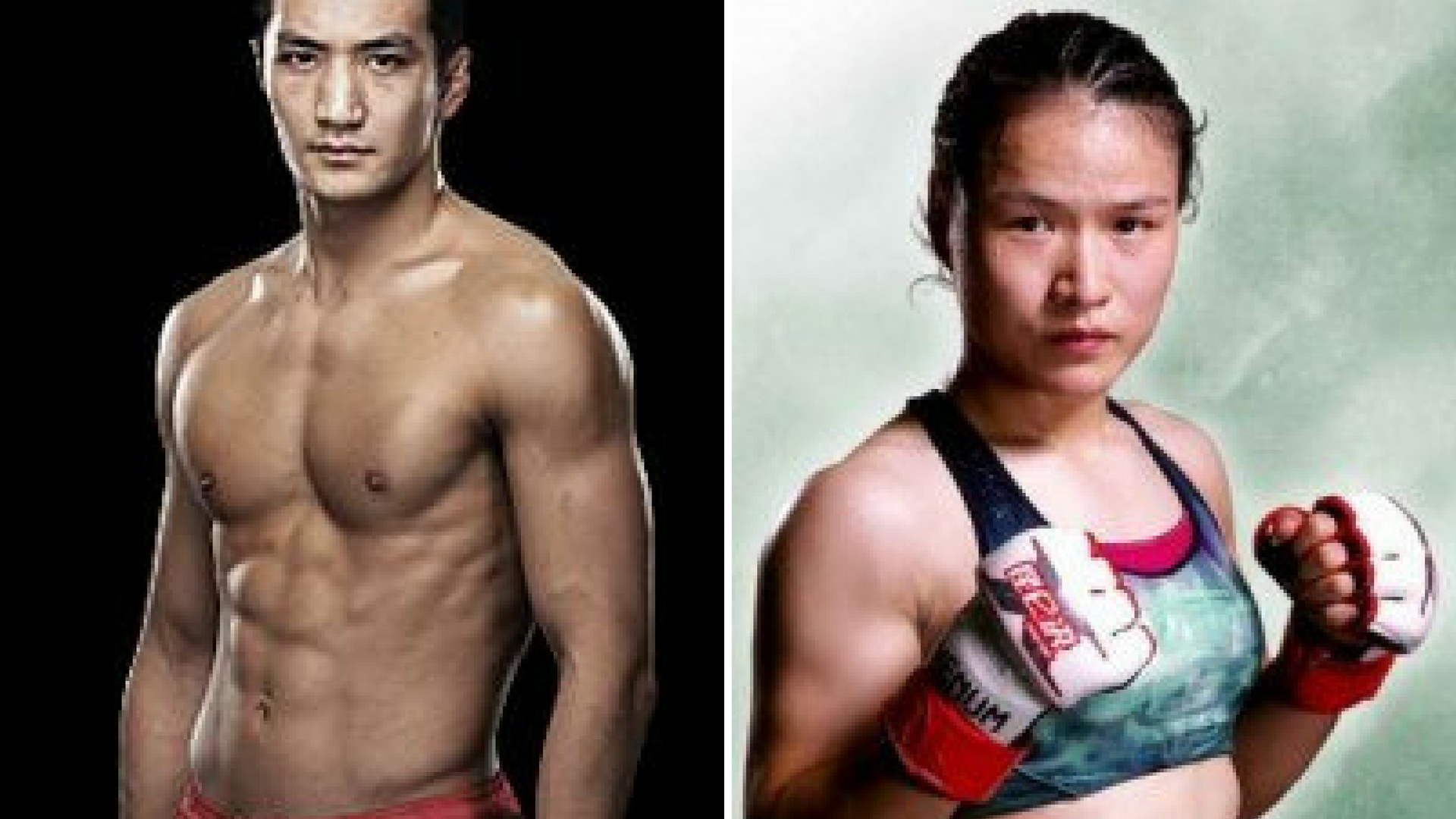 This year has been particularly fruitful for the Asian UFC fighters. With the largest mixed martial arts organization focusing on the Asian market, we’ve seen more fighters from the continent
fighting on the biggest pay – per – views, while a handful of exciting prospects have taken the center stage.

Two such athletes will step inside the Octagon this weekend, as Kang Kyung Ho and Zhang Weili look to cement their status as two promising talents in their respective weight classes. The South
Korean is coming off a win in January, while Weili, who has amassed a 16 – 1 win – loss record will be making her UFC debut.

Kang Kyung Ho looking to make up for lost time

Kyung Ho will face Ricardo Ramos, and the bantamweight prospect is looking to make up for lost time. Kyung Ho’s first fight back after his military service saw him pick up a win against Guido Cannetti back in January, and the South Korean looks to extend his win streak this weekend.

“Whilst I was doing my service, I was able to do a little bit of the basics, running, weight training and even practicing boxing”, Kyung Ho told us.  “I was not able to do that much, I did the most that I could during my service.”

“During those two years of not being able to fully prepare or practice the sport, I felt more compelled to work harder in the sport once I could to get myself in a good place.”

Talking about his opponent for UFC 227, Kyung Ho gave props to Ramos, who is 11 – 1 in the sport. “Ricardo Ramos is a very well-rounded athlete. I will be very attentive in the Octagon and will
be as aware as possible as the fight could go anywhere as he is such a well-rounded athlete.”

With a win over Ramos, the South Korean also suggested that he wanted to fight a top 15 ranked
opponent next, and break into the top 15 himself. “I am definitely going to win.  I will do my best to
make it happen. That is all I see or think about this fight ahead of me. If I win, for sure I
would want to fight again this year. I would want to face anyone within the top 15 ranking.”

The other Asian fighter on the card, Zhang Weili comes to the promotion with much hype and
expectations. The 28 year old is 16 – 1 in her MMA career, but will be facing Danielle Taylor in her
very first fight, in what is a deep division.

As such, the Chinese prospect knows that she has to keep improving after every fight. “I watch every one of my fights after each event, and I always find a weakness in my game”, she told us. “I
then focus on that and put in the work to improve on that weakness and that is how I keep improving myself as an MMA athlete.”

The UFC has brought in a lot of Chinese fighters over the past few years, and Zhang Weili also opened up about her MMA career. “The timing was good for me to participate in MMA in China.
The sport is developing really fast right now in China. You just need to believe in yourself and believe that you will succeed and be successful in the sport. Then you can continue your career as
an MMA athlete.”

Weili will face a veteran in Danielle Taylor, and the Chinese prospect also dwelled on the moment
she was told about her signing, and what she thought about facing Taylor in her very first fight in
the organization.

“When I got the call I was training in the gym, I told my coach and team immediately.  They were all so happy for me and said it would be a new chapter in my life.

Once my opponent was confirmed, me and my team got together to watch all of Danielle Taylor’s fights. I think my opponent is very strong and very aggressive and is more experienced than me.”

Zhang Weili vowed to bring the Chinese MMA style to the Octagon, and also discussed about her background in the sport. “I learnt sanda when I was young. When I was younger I worked in a
fitness gym that was not MMA related and when I was in the gym I saw some guys doing BJJ and watching them really made me curious and made me want to find out more about what they were
doing. The guys asked me if I wanted to give it a go so I did and I realised whilst trying it for the first time, wow… There’s a lot of technique involved in BJJ…And from there I gradually fell in love
with mixed martial arts. So I tried to mix all of the techniques I started learning with my Sanda and
ground game.”

Weili revealed that she usually gets excited when she fights, but has been fighting for long enough to keep her wits about herself, particularly while fighting on such a massive card. “I usually get very excited about the fight and competing against my opponent. Once I step into the Octagon, I try to
relax and remain calm. I tell myself to relax as much as possible.”