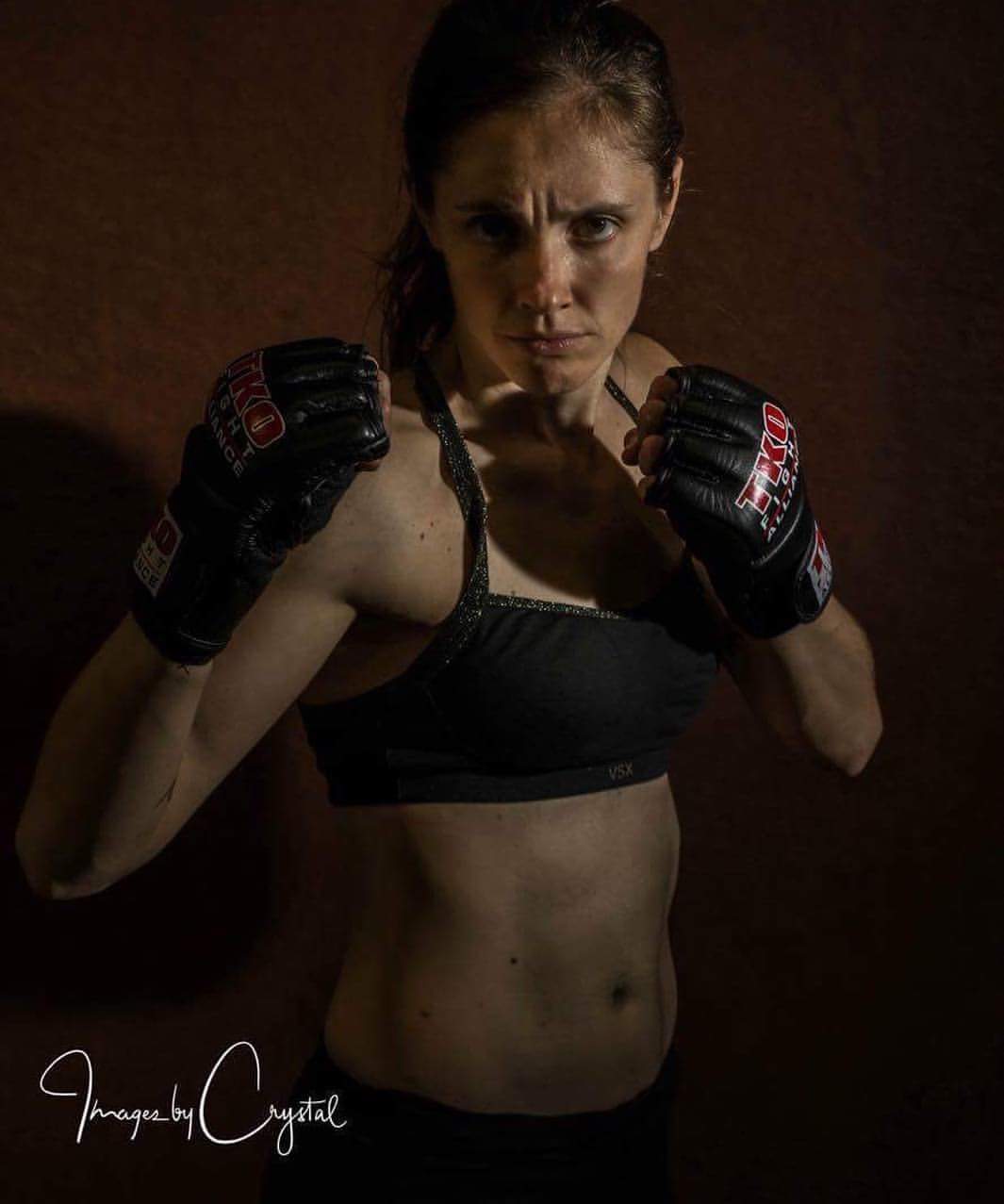 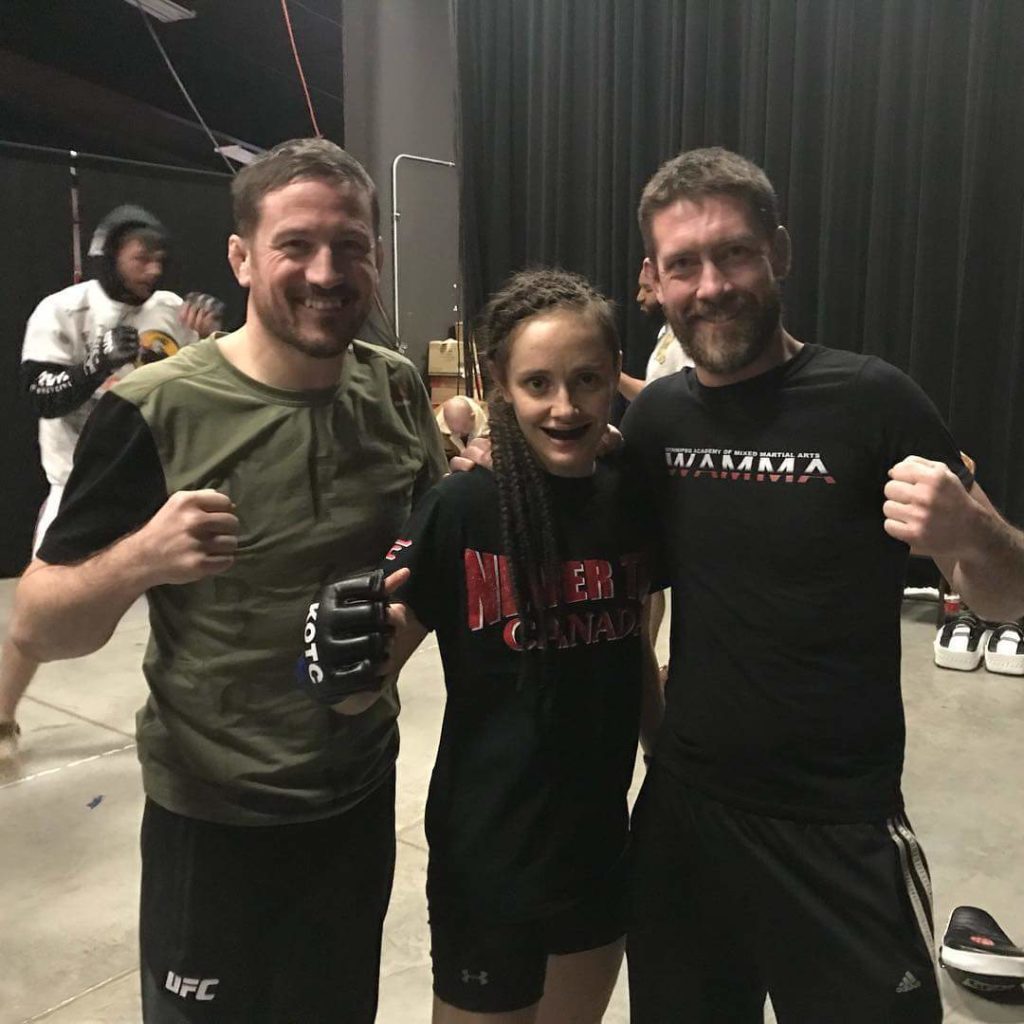 Katie Saull stunned MMA world on the very first day of the New Year by defeating the popular
fan- favourite Andy Nguyen by a unanimous decision. Saull, 2-2, entered the fight as a moderate
underdog because of her not so good 1-2 run in 2017. However, that didn&#39;t stop the Canadian
from racking up the win. Now on a two-fight win streak and a lot of momentum to her name the-
30-year- old is ready for an action-packed year, ahead of this her next move she took time off to
answer a few questions.

How did your journey as an athlete begin? Was there someone who influenced or inspired
you? When you look behind and realize that this is how far you have made, how does it
feel?
My journey as an athlete began when I was 19 years old as an amateur boxer in Canada. I had a
rough start but I eventually made the Canadian National Boxing Team and competed
internationally, as well as on the national circuit. I racked up 35 bouts. When I look back on how
far I&#39;ve come, it does blow my mind, as I&#39;ve faced a unique set of obstacles, took the road less
travelled as it were; so I&#39;m very at peace on my journey right now.

Did people around you support the decision of taking this sport as a career? What are the
biggest challenges that you have faced?
The people around me in mixed martial arts, in support of me furthering myself as a pro, were
extremely hit and miss. I had an incredible family support and specific training partners and
friends that understood though.

The biggest challenges I&#39;ve had in fighting are hard to pinpoint as there have been many. To start
is being recognized for what I was worth. How I mean is for the amount I had to offer as an
athlete, I spent time and time again trying to prove myself. I certainly did not have my held like a
lot of fighters and it is why I work so hard. I do not regret any of it though, as it made the fighter
I am now. Secondly, I&#39;ve faced very serious injuries, one of which almost led to retirement.
When I was able to make all the right choices with the injury and rehab probably, my dream of
full recovery came true.

An opinion which comes out, again and again, is that MMA isn&#39;t meant for women. As
someone who practices MMA, what are your thoughts on the thoughts of people who refuse
to accept that women too can fight?
With regards to women in MMA, it tends to lead back to obstacles faced in the sport. Not only
am I a female but also a very small female. It proved to be very difficult in sparring and realistic
simulation when my opponents lived in provinces with more opportunity. When it came to
MMA it got easier than in boxing, but hard to figure out where you stood. If you are to suggest
women cannot fight I&#39;d advise you keep your mouth closed and tread lightly because no one
agrees with you anymore. Lol. Women have cemented their place and aren&#39;t going anywhere.

When I was boxing, it was still very new to be a fighter and even when I started as a white belt in
Brazilian Jiu-Jitsu. Not being recognized or taken seriously was common and extremely hard,
especially when your skill usually far exceeded the ones that criticized. Ironic really.

You started your career on a 2 fight losing streak. How did you keep your confidence up?
When I started my pro career with two losses it is an understatement to say that it was hard. I had
been through controversy much worse though. I had an injury that threatened ever competing
again, as well as a large amount of amateur stand-up experience with a ton of heartbreaks. I
knew who I had fought in my first two MMA matches and also knew I would get another shot at
both.

In your last fight, you faced a fan favourite in Andy Nguyen. Did you feel any kind of
pressure?
In my last fight against Andy Nguyen, I did not feel pressure from the matchup itself. I felt being
the less experienced fighter who was supposed to lose; I was free to let it all go. The only thing
that did matter was making the new team at SBG Ireland proud, more specifically Coach John
Kavanagh. I am proud to be able to represent them. He put a lot of time and effort into me and
wasn&#39;t about to let anyone down.  My parents, significant other and former coach Curtis Brigham
go without saying.

Previous articleUFC 221 Countdown: Full Episode
Next articleConor McGregor is the most googled athlete in the USA in 2017