Interview: Max Holloway says he has new tricks up his sleeve, while Jose Aldo squashes beef with Conor McGregor 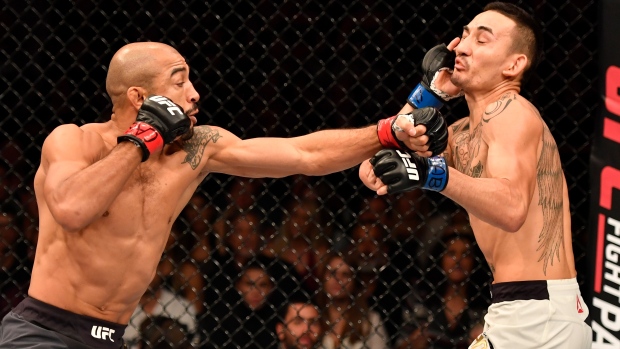 UFC 218 is just around the corner, and the main event in Detroit will see the UFC Featherweight Champion, Max Holloway defend his newly won title against the previous champion, Jose Aldo. Max was supposed to fight Frankie Edgar, but with Frankie injured, Jose Aldo stepped in as his replacement. 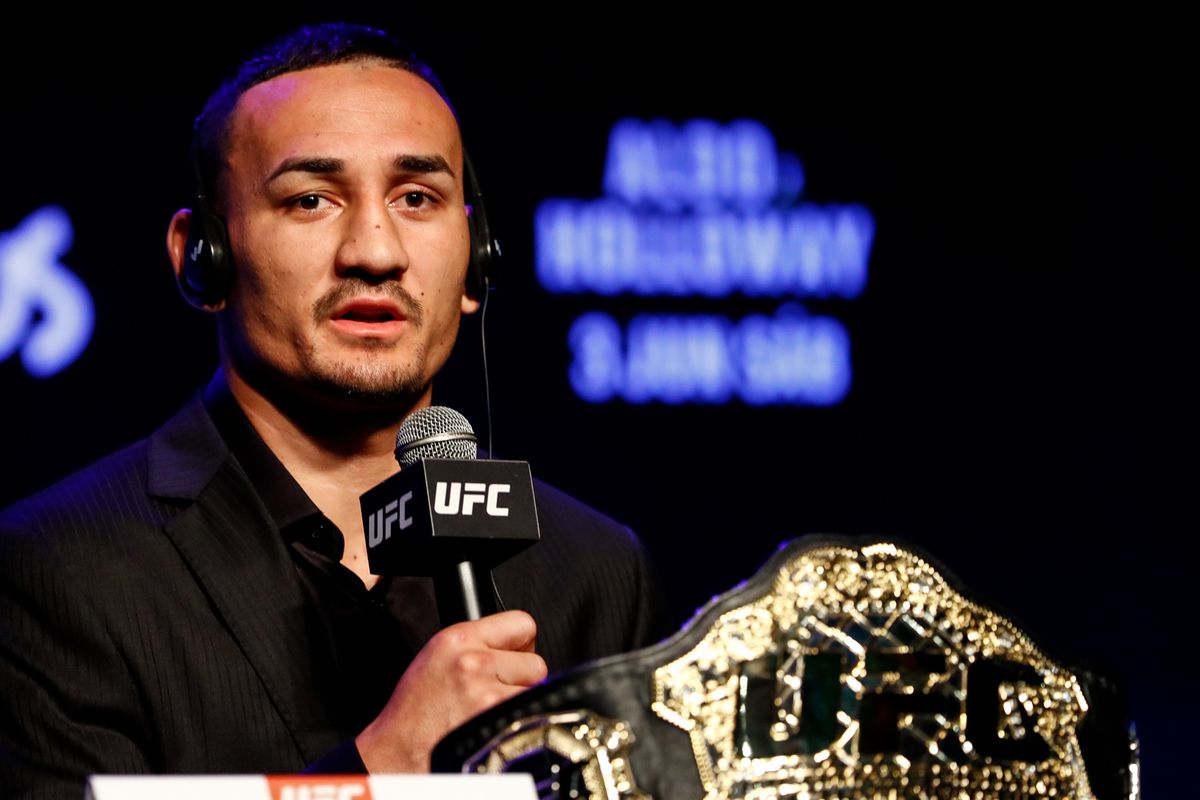 Talking about Frankie Edgar’s injury, Holloway remarked that it must’ve been a “hell of an injury”, during our conversation with the champion and the challenger.

“It must have been one hell of a hit to injure him, because that guy never, ever gets injured, you know?”, Holloway told me during the UFC 218 media call. “When I heard he was injured, I was bummed. There’s a lot of fights for legacy; like I said before, you know the history with Hawaiians and Hawaii. So I just wanted to get one back for the good guys, and that ended up happening (Frankie’s injury).

I wish that guy a speedy recovery, Hopefully, maybe down the line we can face each other, and get that fight done. But right now, like I said, it’s Jose Aldo. He’s the next one I have, and he’s the next one I take down.”

With Frankie injured, Cub Swanson threw his name into the hat, as the fans salivated thinking about a rematch between the two explosive fighters. However, the fight was given to Jose Aldo, but for the first time in years, the featherweight division is once again thriving, with challengers and champions willing to step up and fight for the belt.

However, Max was quick to point out that it wasn’t his job, to choose who to fight next.

The match-makers picked this fight, at the end of the day. It is what it is.”

Max has always been someone to come back strong in the later rounds, and much like Cerrone, doesn’t usually start strong. Holloway told me that he was expecting a completely different Jose Aldo, and will go inside the cage not thinking about what happened the last time around.

“You guys can call me Dory, and when you guys find it funny, you called me Memo. I don’t even remember fighting this guy. This is a whole new guy, and I’m going down and I’m going to fight him. This is what I do.

You guys haven’t even seen me in championship rounds. I haven’t even gone into fourth round, so no one knows. It’s true — I might be a slow started in the beginning, and I get stronger as I fights go on, but it still happens. I got new tricks up my sleeve for this fight. Tune in, and do not miss out. It’s going to be fun.

Who fights Brazilians in Brazil? And look what happened! We do it now on U.S.A soil, and I see the fights going in two ways, and I see two Hawaiians coming out on top that night.”

Jose Aldo on his previous fight at UFC 212

Jose Aldo recently remarked that he was focused more on Holloway’s offensive game the last time around, and relied more on his defensive skills. When asked if that was the correct interpretation of what he meant, Aldo said that the last fight could’ve gone either way, and he wasn’t making any excuses.

So, there’s not really too much to be said. I think it was a fight, and it’s the fans that got to win.”

Jose now knows Holloway better, and the former kingpin told us that he focused more on his boxing this time around.

“Yeah, I spent about a month boxing with Garcia, and I felt like I was in my comfort zone, and I needed to evolve. And that’s exactly what I did, focusing on the boxing. I think I evolved a lot, and got a lot better, and I was happy with how it went.”

New chapter in my story: Jose Aldo on his fight at UFC 218 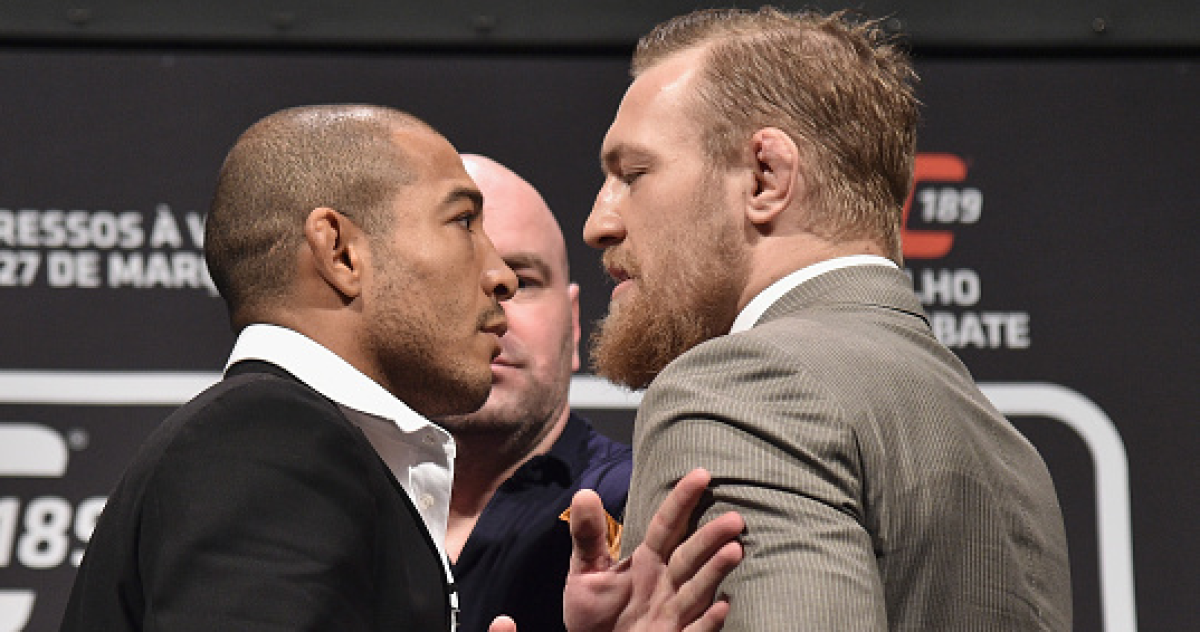 During the call, Holloway remarked that this fight would be a “legacy fight” for him, and when asked about Jose’s thoughts, the former featherweight champion once again opened the door to foray into the boxing world, and said he wanted to finish his UFC career as a champion.

But, this is a new stage in my career.”

Finally, Aldo also recently stated that he understood why Conor did what he did during their promotional tour. When asked if that meant that their rivalry was now over, Aldo replied that there wasn’t any animosity to begin with.

“You know, there was never really any rivalry between Conor McGregor and I. I think we promoted the fight well. He talks to promote his fights, and I fight, we’re different in that. But, the fight ended really quickly, and I couldn’t show what I trained for all those months. But I think the real rivalry is inside the cage, and every athlete’s desire is to win. So that’s exactly… I don’t have any rivalry with Max or anything. But inside the cage, we’re athletes, and we want to go in there and we want to win.”