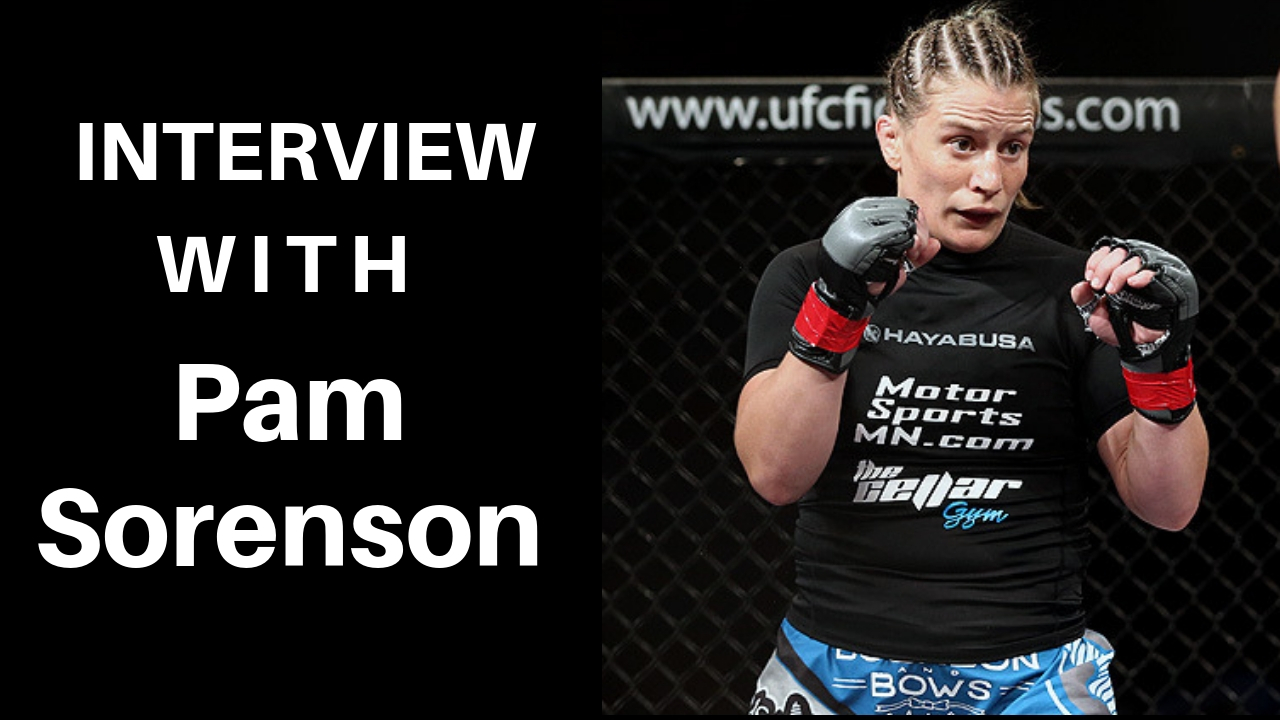 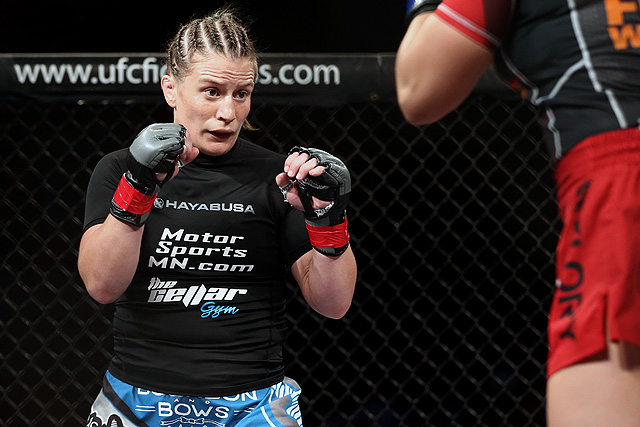 Pam Sorenson on November 16th will lock horns against Felecia Spencer
in the main event of Invicta FC 32. Sorenson and spencer will fight for
the vacant Invicta FC featherweight title. Sorenson enters the fight
riding a two-fight winning streak, which includes a win over MMA vet
Jan Finney. Training out of The Cellar Gym in Minnesota, will be trying
to seal her position as one of the best featherweights on the planet
when she takes on the undefeated Spencer. Ahead of the fight,
Sorenson took time off to answer a few questions

You will be returning to MMA after a healthy break of almost a year.
Why did you take so much time off? Do you think this long break will
affect your in-ring performance?
I did not expect, nor want such a long layoff. I had a couple fights fall
through and didn’t look for any fights while in limbo with TUF.
However, I was in camp for a good part of the year, so I was able to
keep my weight low and continue to improve throughout the year. So
no, I do not believe it will negatively affect my performance at all.

You will be facing undefeated prospect, Felecia Spencer. What are
your thoughts on her? She moved down from lightweight division to
the featherweight division and has a considerable size advantage over
you. Does that make the fight difficult for you?
No. Felicia has not fought the same level of competition that i have –
her opponents combined records are 8-2, while mine are 45-24. Also,

this is my 4th pro 5 round fight, while it is her first. I think my edge in
experience will nullify any size advantage she may have. I also think I
will have an edge in speed and explosiveness because I likely walk
around a bit lighter and leaner.

Spencer and you will be locking horns for the Invicta FC women’s
featherweight title. This will officially be the third women’s 145 belt in
a major MMA promotion, after the UFC and Bellator. Which title in
your opinion will rank 1 st with most credibility?
Right now i would say Bellators title has the most credibility just
because they have a defending champion with a legit division behind
her. However, Based in some of the recent Invicta signings, i think it will
only be a matter of time until Invicta either catches up, and even
surpasses Bellator due to the fact that fighters who dream of going to
the UFC typically won’t sign with Bellator because of their unwillingness
to let fighters go.

I think they have a decent featherweight division, but its not like they
have a huge roster at that weight. Invicta has signed quite a few
featherweights of all experience levels. However, not all of them have
made their promotional debuts yet, so for now, I guess you’d probably
say bellator has the deeper division. But I think invicta’s will surpass
them very soon

Your last fight was at 140 pounds and are considered to be one of the
smaller featherweights. Do you see yourself continuing your career at
145?
I wouldn’t be opposed to going back to 135 for the right opportunity.
However, I would need quite a bit of notice and planning before
committing to do so. When i fought at 135 I didn’t lift at all, and most of
my camp was focused on trying to lose weight. At 145 I can lift and
focus more on training for the actual fight, leaving the weight cut for
the last few days or so. I feel like i am healthier and perform better at
145

On the undercard, there will be a fight of Kaitlin Young taking on Zarah
Fairn dos Santos. Do you think you will be facing the winner of that
fight?
I think that is a definite possibility, it would make sense. Faith McMah
(Van Duin) would also be a good option if she wins her first fight back. I
think the Young vs Dos Santos fight is going to be an amazing fight
though, I’ll definitely have some vested interest in it and would love to
share the cage with either one of them after November.

Message for your fans.
November 16 I’m planning on bringing my 2nd professional world title
back to Minnesota. I think Felicia and i will also be able to prove all the
idiotic UFC fanboys out there who think that Cyborg is the only talent at
145 wrong. And show the ufc that they really dropped the ball by not
investing in this division. Also, I have to thank all my teammates and
coaches at the Cellar, as well as all my awesome sponsors – Minnesota
Motorsports, Bourbon and Bows Salon, Musky Frenzy Lures, Fighter
Alias, Fuji Sports. Without them, none of this would be possible!