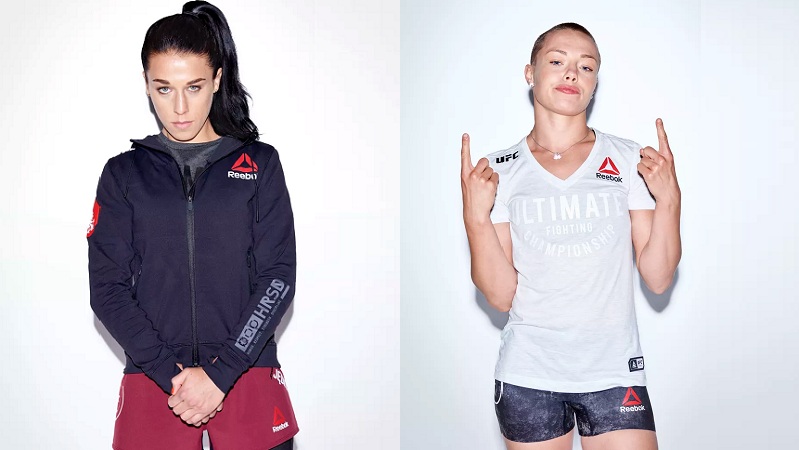 It isn’t necessary for the fighters to wear their battle scars on their bodies. Often times, the fighters have to push themselves mentally, to get to where they want to be. Champions are forged from resilience and tribulations, and to break through the ranks in the biggest mixed martial arts promotion in the world, one needs to conquer the physical and mental realms.

Rose Namajunas is one such personality, who has been through unimaginable torment and grief, only to find solace in the sport of mixed martial arts. At UFC 217, “Thug” Rose will have the opportunity to realise her dreams of becoming a world champion, as she looks to dethrone arguably the most dominant champion we’ve seen in the UFC, Joanna Jedrzejczyk.

Joanna usually targets her opponents in the weeks leading up to their fights, trying to break them down mentally. However, there is perhaps no other fighter in the UFC who is as stoic and composed as Namajunas — a fact that might have irked the champion. Before both the fighters took part in the UFC 217 conference call, Joanna fired the first shot, calling Rose mentally unstable.

Joanna on creating history, and elevating her game at the American Top Team

We caught up with the champion and the challenger, as Joanna counts down the days to create history. If Joanna beats Rose, she will tie Ronda Rousey’s record for the most number of successful title defences in the women’s divisions in the UFC. Joanna isn’t oblivious to that fact, and said she will assess everything once she gets her hand raised on November 4th.

“I know that in this fight, I will tie Ronda Rousey’s record”, Joanna told us. “Of course, I cleaned the division. This is going to be my ninth fight in the UFC in the straw weight division.

I don’t know what to say. I have the chance to move up (to 125 lbs division), but not now. Maybe next year; but right now what I’m focused (on) is the fight with Rose Namajunas. And after that, I will speak to Dana and the UFC, and then we’re going to decide what we will do with my situation.”

Joanna joined ATT last year, and has raved about the facilities and the coaches she gets to work with. The last time Joanna faced a solid grappler in Claudia Gadelha, “Joanna Champion” was put under immense pressure, but the champion persevered, largely thanks to Claudia fading during the championship rounds.

When asked about how she saw the fight playing out, Joanna immediately alluded to the fact that the fans haven’t seen how much she has improved in the grappling department.

“You know who is training at ATT? Gezary Matuda, multiple time BJJ World Champion. I’m training with other good fighters. There are a lot of things they (people) don’t know about me. We can talk about this fight – how it is going to look, how is she going to show up and how I’m going to show up.

What I’m taking care of (is) how I’m going to look on November 4th. I know I’m ready, but they (Rose and her team) are not ready for me. You will never understand the phenomenon of (me as a ) person, of my fighting career, of me being a champion.

Joanna also took offence when we compared her striking style to Karolina’s. “Hey, change your question a little bit because, never say that Karolina Kowalkiewicz has similar style to mine. She got beat up for five rounds. She had like ten seconds (of control) in four rounds, and she didn’t do sh*t about (it). So please don’t compare me to some other fighters, okay? Thank you so much.”

Rose’s last loss came against Kowalkiewicz, in a fight where Namajunas just couldn’t implement her game plan. When asked about what she has learnt from the loss, Rose talked about mental fortitude, and how far she has come along.

So, really what I’ve learnt from that fight is, I’ve just gotten better mentally. I’ve overcome some demons in my past, and, you know, I’m just… everyday I wake up, I’m a f*cking champion. So, that’s just my mindset all the time. And that’s something that… I think, this fight could be a great PSA announcement for mental health awareness.

I think that, I think I’m a champion for that. You know, I’ve overcome a lot of demons in my past, and I’m much stronger from it, and I continue to get stronger.”

Joanna once again pounces on Namajunas, calls her mentally unstable

Joanna immediately intervened, saying, “Hey, listen to yourself. You didn’t even want to do media. You didn’t want to do extra media. How do you want to be a champion and deal with all of these things? You know what? You are not stronger mentally. You are mentally unstable and you are broken already, and I will break you in the fight.”

Rose then went a bit further, elaborating on how martial arts had saved her life.

“Thug” Rose also said she did not necessarily watch the showdown between Joanna and Karolina, and said she was just focusing on herself and her goals.

“Oh, I don’t know. I’m not really focused on that. I’m focused on being the best version of myself in every f*cking day. So, that’s my goal.” 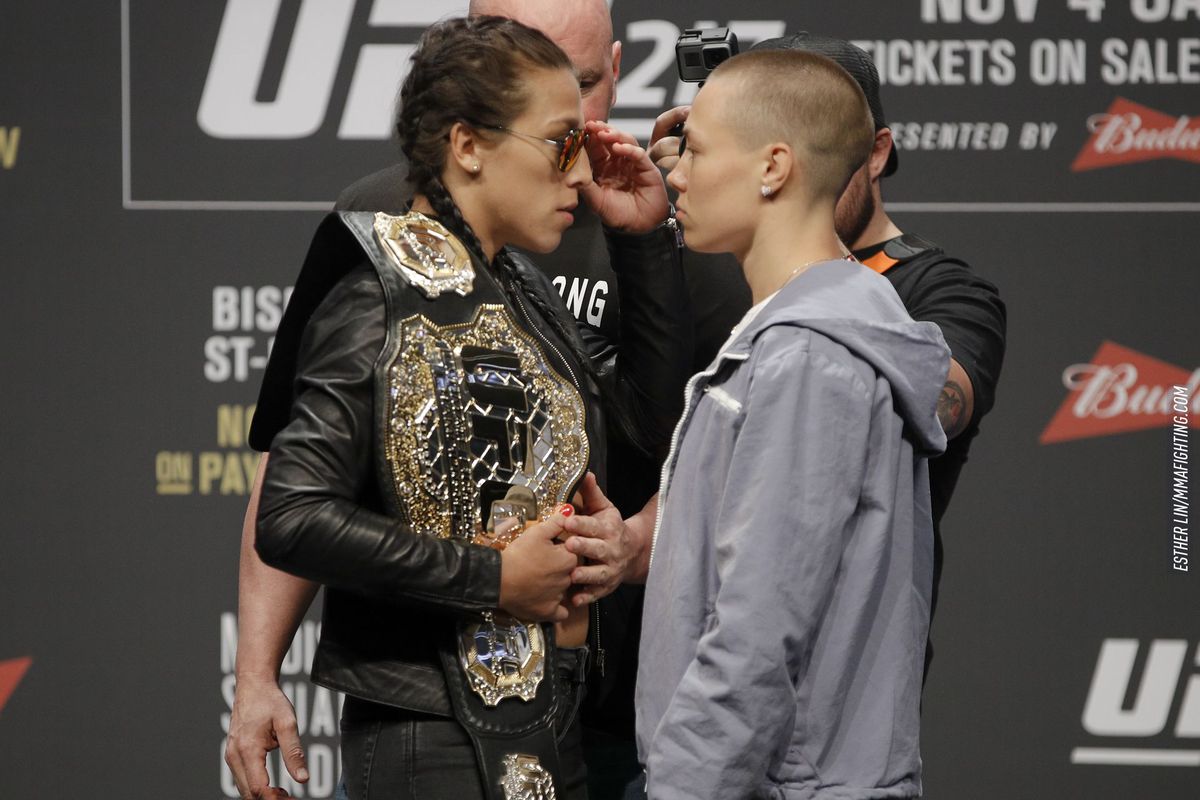